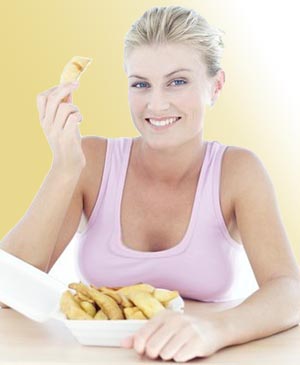 Rich Spanish cuisine makes abundant use of olive oil and vegetables and fruits of the region. Seafood and meat delicacies are well known.

The seafood from the Galicia region is famous as are the casseroles from Cataluna. Cataluna is a premier Spanish region that boasts of gastronomical delicacies - bet it mixed seafood zarzuela, fine sausages and regional sauces. The rice dishes are a specialty of Valencia and surrounding regions of Spain. While Andalucia is known for its fried fish and gazpacho, Central Spain is renowned for its succulent roast recipes. Spanish breakfast food is generally light.

Most Spanish breakfasts consists of coffee and a croissant or roll. Tortillas or omelets are also eaten for breakfast. The lunch (la comida) and the dinner (la cena) menus are fairly elaborate. The Spanish Tapas or snacks are popular. A Tasca or Tapas bar is a place where most Spaniards relax at the end of the day. The traditions of Tapas or snacks that accompany a wine or alcoholic drink dates back to a Spanish king. Spanish Tapas menus can encompass simple dishes made of cheese and eggs or more elaborate canapés, dips and savory pastries.

An important specialty Spanish food is jamon Serrano or a special ham that is salt-cured. This type of Spanish ham is not smoked. Sausages are also very popular in the Spanish diet. Chorizo and Salchichon are examples of hard sausages while sobrasada is a soft and spreadable sausage. A Spanish menu is accompanied by a Spanish red wine. The Rioja and Montilla are famous though there are many varieties of tintos, blancos and rosadas. Salads and fried potatoes come as entrees in a typical Spanish food menu. Desserts are made of eggs, ground almonds, flour and milk.

Gazpacho (This ice-cold raw soup originated from the Andalucia region of Spain and is a traditional Spanish dish that finds many takers on sultry summer days.)

(Paella is a traditional rice dish of Spain - made with seafood, chicken, rabbit or vegetables. The rice you use in your paella depends on your preference - whole grain rice or wild rice or the short grained Spanish rice which is used for traditional Spanish rice dishes.)

Sauté garlic in a pan with little oil. Add tomatoes, shrimps and saffron and cook till soft. Add rice and stock and salt and cook for about 20 minutes. Add prawns and mussels and cook for a few minutes more with a lid.

Heat milk in a pan, after keeping a half a glass aside. Dissolve corn flour in the milk kept aside. Add eggs yolks beaten with sugar. Add this mixture to the milk when it boils. Keep stirring until it thickens. Sprinkle with cinnamon powder.

Sprinkle olive oil on the pieces of sword fish and leave till you prepare the sauce. Heat some olive oil and add chopped basil and parsley and finely chopped onions. Season with salt and pepper. Mix breadcrumbs, oregano, lemon juice and chopped garlic. Cook in an oven for about 10 minutes. Cook the sword fish on a hot griddle till golden brown. Pour herb sauce over the grilled fish pieces.

Stir fry potatoes in oil till soft. Add onions, green pepper and fry for some time. Keep aside. Beat eggs and season with salt and pepper. Add the stir fried vegetables. Pour this mixture into a hot frying pan and cover with a lid and allow it to cook. Turn it over and let it cook both sides