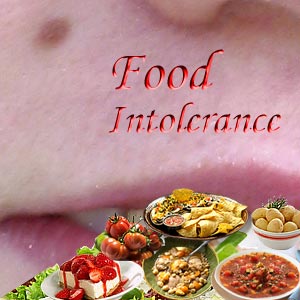 Do you feel bloated and suffer severe nausea when you drink a glass of milk? Does your stomach churn when you eat seafood? One man's food another man's poison - Food intolerance and Food allergies are a perfect ode to this wonderful quote. In spite of their imminent differences both these conditions are generally mistaken to be the same. Read on to find out more about food intolerance, its causes, symptoms and methods of treatment.

Usually this occurs when the digestive system is unable to produce the right quantity of enzymes/chemicals to digest a particular type of food.The reactions can be delayed up to 48 hours or more, or effects can be cumulative. Although not life threatening the effects can have a major impact on working and social life of the individual.

Enzyme defect: Food is broken down by enzymes, proteins produced by our body needed for the complete digestion of food. Lack or inadequate amount of enzymes causes some of the food (if not all) to remain in larger components unable to pass into the blood stream from the small intestine. This undigested food exerts osmotic effects and draws fluids and salts that are rapidly moving towards the large intestines into the gut. This leads to an elevated level of fluids and salts in the colon. Little wonder that the naturally residing bacteria ferment the undigested food into acids like carbon dioxide, hydrogen and hydrogen sulfide. This manifests as flatulence.

Pharmacological: Food intolerance is likened to the side effects caused by drugs. Here the reactions are to the chemicals found in foods such as caffeine, salicylates, and naturally occurring chemicals like histamines. Another possible cause of food intolerance is to additives in foods that are found in the form of sulfites which are added to processed foods for longer shelf life. They can also be found in fruit drinks and wine.

Interaction with drugs: Combination of certain amine compounds in some foods and medications can lead to food intolerance.

Toxic compounds - A number of foods contain naturally occurring toxic compounds which interfere with the digestive system. For e.g.: inadequately cooked kidney beans contain compounds called lectins that can cause a toxic effect on the blood and cause food intolerance


Symptoms for food intolerance may be many and varied. Symptoms can come and go and change throughout life. They may not be very harmful but eventually will affect an individual's well being. Some of the common food intolerance symptoms are listed below:

Listed below are some rules to follow when combining foods to obtain optimum benefits of foods.

Fruits: They should never be combined with any other foods. The rationale being that fruits take very little time to digest when compared to other foods which take a while. Fruits do not get digested in the stomach and are held up if eaten with foods that require digestion in the stomach. If they are combined, they tend to partially digest and ferment which causes gas and bloating in our system. Caution should be exercised when combining fruits too.

Nutritionists believe that the concept of food combining aids in balancing body weight by enhancing our digestive system. This is in turn helps our body to absorb nutrients well and keep excess calories and unfriendly bacteria at bay. Several weight loss diets have been formulated on this theory. The important ones are listed below.

Hay diet: This diet is named after Dr.William Howard Hay who developed and introduced this concept way back in 1920. It works on the theory that right food should be provided to the body through food combining and all unwanted food that could hinder digestion should be removed or avoided.

Beverly Hills diet: This was developed by Judy Mazel. This diet usually lasts for six weeks .The followers of this diet advocate eating proteins and carbohydrates at different times based on food combining

Zone Diet: This diet based on food combining was developed and popularized by biochemist named Barry Sears. Proponents of this diet advocate consumption of calories from proteins, carbohydrates and fats in a balanced ratio.

Most of these diets encourage eating more fruits and vegetables which are essential for optimum nutrition. There could also be a rapid weight loss due to limits on the various foods allowed. However as with all diets, proper care should be taken to avoid becoming deficient in nutrients and going below the required calorific intake. It is always advisable to consult a physician before going on a diet.