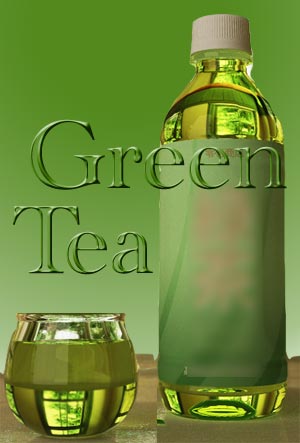 Antioxidant food can help in reducing the harmful effects of free radicals within the body. Antioxidant supplement help in boosting the body's own defense mechanism.

Free radicals created by oxidation are known to cause many diseases and can wreak havoc on your body. You would have noticed oxidation when a slice of apple turns browns. But you cannot see the damage that is happening within your body. Antioxidants work at scouring away these free radicals and thereby leading to improved health. Find out how antioxidant food and antioxidant supplements can go a long way in reducing the chances of diseases such as coronary problems, high blood pressure and certain types of cancers.

The cells of our body need oxygen for metabolism. But when there are excessive oxygen molecules and other free radicals that are formed due to other cellular reactions, they cause infinite damage to the body. These unstable oxygen molecules are referred to as free radicals and they are cited as an important cause for most chronic diseases. These free radicals are highly reactive chemical substances that travel throughout the body and wreak havoc on the cells. We are also exposed to free radicals in the atmosphere. Cigarette smoke and pollution contribute to free radical cell damage.

Free radicals are known to cause cells to mutate and die. They may have a role to play in the development of cancerous cells. Arteriosclerosis or hardening of the arteries is attributed in some part to free radicals that attack blood fats. Free radicals may have a damaging effect on sperm thereby causing infertility and birth defects. They may also be involved in ulcers and other digestive tract disorders, liver damage and reduced resistance to infection and disease. Rheumatoid arthritis and asthma have also been linked to increased free radicals within the body. The process of aging is said to be a result of free radical damage in the body. Ultraviolet (UV) radiation from the sun also increases the free-radical load.

Antioxidants work as scavengers of free radicals. When your body has insufficient antioxidants, it can lead to significant damage and disease. Boosting your body's defense mechanism with adequate amounts of natural antioxidants and antioxidant supplements can boost body resilience and reduce chances of disease. Antioxidants can aid in controlling high blood pressure. Antioxidants help the blood vessels in staying flexible and thereby keeping blood pressure under check.

Vitamin E is a powerful antioxidant that can stop the oxidization of LDL or bad cholesterol. It prevents LDL from being trapped within the artery walls and causing coronary disease. Antioxidants are known to reduce the chances of stomach, prostate, breast and bladder cancer. Minerals such as selenium, copper, manganese and zinc provide antioxidant properties when they are combined with certain enzymes. Other natural forms of antioxidants are found in fish, nuts and lean meats.

Foods rich in natural antioxidants are tomatoes, broccoli, cauliflower and peppers. Vegetables and fruits that have a rich color are high in phytonutrients. These are probably the best-known natural antioxidant known to us. Blueberries, spinach, carrots, apricots, cantaloupe and mangoes are also natural storehouses of antioxidants. Citrus fruits are rich sources of Vitamin C and antioxidants. Vegetable oils such as olive oil, soybean oil, safflower oil and whole grains such as wheat, brown rice and soybean provide natural antioxidants. Including antioxidant food such as oatmeal, garlic, chicken, eggs, salmon, tuna and wheat germ can help in boosting your body's defense mechanism.

Phytochemicals are the powerful plant compounds that work as antioxidants. Bioflavonoids are found in fruits and vegetables and sulfur containing amino acids are found in fish, nuts and lean meat. Higher consumption of such foods is known to maintain and boost immune functions. Tomatoes contain lycopene - a red carotenoid that exhibits antioxidant properties. Green vegetables contain lutein and zeaxanthin, both carotenoid pigments that strengthen retinal functioning. While grapes, raspberries and nuts are rich in ellagic acid, the phenolic compounds in ginger offer excellent antioxidant food.
Foods rich in antioxidant properties:

It is believed that large amounts of free radicals cause the skin to wrinkle and lose its elasticity. Aging also sets in with reduced immunity and loss of memory. Antioxidants are known to reduce the oxidization in the mitochondria, thereby slowing the process of aging. This slows down aging processes such as sagging tissues and deterioration in bodily organs. A body has reduced antioxidant defense capacity as it ages. Therefore it is necessary to keep up the antioxidant levels with natural substances and supplements. Care should be taken to see that high doses of antioxidants are not taken. Suggested doses of antioxidant supplements are:


Green tea is rich in polyphenols and flavonoids. Antioxidants found in green tea have been known to reduce cholesterol and boost the immune system as well reduce the risk of heart disease. Green tea is not fermented and thereby it doesn't lose the antioxidant properties. Green tea is claimed to be a powerful antioxidant on account of its rich levels of catechin polyphenols, particularly epigallocatechin gallate (EGCG).

EGCG has powerful antioxidant properties that are even known to inhibit cancer. This has also shown considerable influence in inhibiting the normal formation of blood clots that is useful in cases of thrombosis. Dieters can revel in the fact that green tea also helps in burning more calories. You can keep tooth decay at bay too! Green tea such as Gyonkuro and Sencha are brewed only as much as would be consumed immediately. One teaspoon of tea is used for every 8 - 12 ounces of water.