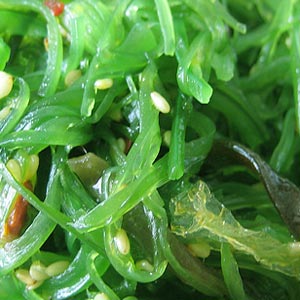 Regular inclusion of seaweed in your diet can regulate metabolism, stimulate the immune system, soothe the digestive tract and maintain healthy cellular function. You can opt for seaweed supplements if you find its taste unpalatable.

Seaweeds are sea plants inside the sea that are usually seen caught toward rocks, sand and dead plants of undersea. Some of the seaweeds are found on the surface of oceans or seas. Seaweeds can be large or tiny. They are divided largely into three types; named after the color they sport namely red, brown and/or green.

Coastal cuisine across the world use seaweeds extensively in food preparations. South East Asian countries like China, Japan and Korea are popular for using sea weeds since prehistoric times. Many European societies including France and Nova Scotia and Newfoundland consume seaweeds. While the marine algae seaweed is by and large non toxic, some do contain acids that can irritate the digestive canal.

A very significant factor about nutrients in seaweed is that unbelievably seaweeds contain neither roots nor blood vessels and they feed directly from the seawater through the plant cells surface.

Therefore, the seaweed is able to take full advantage of all the nutrients present in the sea without having to undergo any complex transformations. The micronutrients and electrolytes in seaweed are bio available in a form that human cells need to mesh with their metabolism. And more interestingly, the composition of human blood plasma or fluid surrounding the cell membranes is similar to that of seawater.

Hence, seaweed or algae can help build and sustain the broad nutritional balance of vitamins, minerals and vital nutrients on which her optimum health and vitality is built. Sea weeds are low calorie foods and they exhibit a significant concentration of minerals, vitamins, proteins, carbohydrates and lipids.

A study reveals that seaweed contains 10 to 20 times the amount of minerals, trace elements and vitamins than found in commercially grown land vegetables. Outstanding nutritional profiles in seaweed include essential fatty acids, nucleic acids like RNA and DNA, and phyto chemicals as carotenoids.

Seaweeds are used extensively in folk medicine in coastal zones. Knowledge of the tonic and healing powers of seaweed has been passed on among coastal people for generations together. Seaweed has been part of the traditional diet in countries like Japan and China, Hawaii, Wales, Scotland, Iceland and Ireland.

Seaweed is a rich dietary fiber and it is chemically and physically different from land plants. It induces different physiological effects. Research has established that many physical ailments in both humans and animals can be regularly resolved with the simple addition of seaweed in their diets.

Seaweed is a rich antioxidant, anti mutagen and anticoagulant. It helps in anti-tumor activity and plays a potential role in modification of lipid metabolism in the human body.

Regular inclusion of seaweed in your diet for long term can regulate metabolism and energy, stimulate the immune system, soothe the digestive tract and cleanse the blood, protect against bacterial and viral infection and maintain healthy cellular function.

Studies reveal that the Japanese who consume on an average about 8-12 mg of seaweed per person per day, suffer from lesser thyroid diseases than the US population which consumes much lesser seaweeds. Seaweed extract may help patients to treat lymphoma, an immune system cancer.

Again, the incidence of breast cancer in the US is the highest in the world, whereas Japan has the lowest breast cancer disease rate in the world and Parkinson's disease is usually not noticed in Japan. In Japan there is lower rate of heart failure, obesity, and higher healthy aging.

The brown seaweed extract known as 'Modifilan' has been used to achieve great health benefits such as improving the immune system, providing protection against cancer and thyroid. Seaweeds help remove toxicity from serious metals and other toxins and helps in losing weight.

Seaweeds help to slash the risk of diabetes and stroke while staving off age-related degeneration of brain and nervous system. By using the more complex salts present in seaweeds, you have less craving for simple junk food.

The good news is that kelp or seaweed in tablet form has been available for some time. And for those who feel that even this taste is hardly palatable, manufacturers are able to create a very palatable version with suspended gel technology.

Seaweed supplements work holistically, assisting body immune system, in healing process, having a positive effect on the human body including areas of diseases such as tuberculosis, heart disease, colds, and influenza, cancer, arthritis and thyroid problems. Seaweed and seaweed supplements aid in weight loss - reducing food cravings by creating a full feeling. Seaweed supplements have more than 50 minerals and trace elements such as iodine which are essential to regulate the thyroid gland.

Rinse the seaweed in a large bowl in three or four changes of cold water in order to release the salt. Cover with water and set it aside to soak for about 10 minutes. Drain, and then thoroughly squeeze the seaweed between clean kitchen towels to remove all excess moisture. Return to a dry mixing bowl.

Prepare the dressing. Whisk the vinegar, lemon juice, salt and sugar together in a bowl until the crystals dissolve. Now add ginger, soy sauce, and sesame oil and whisk together. Toss the seaweed with most of the dressing and half of the sesame seeds. Add more dressing to suit your taste. Divide among six small salad bowls, sprinkle each portion of seaweed with the remaining sesame seeds and the seaweed salad recipe is ready to serve immediately.

In a small saucepan combine the dashi, soy sauce, rice vinegar, honey and mirin. Heat to dissolve the honey and mix the dressing well. Remove from heat and chill. Seed the cucumber with a spoon. Then cut the cuke into paper thin slices. Put the slices in a bowl of cold water to cover. Add salt. Soak for 20 minutes. The seaweed salad recipe of Wakame is ready to serve.

Mix cucumber, seaweed, vinegar and oil together. Top with sesame seeds and scallion. The appetizer seaweed salad is ready.

Soak the Wakame for about 10 minutes and the Arame and Hijiki for about 30 minutes. Cut the scallions into 4 cm long strips and soak them in cold water to make them curl up, then drain. Slice the cucumber into thin half-moon shapes. Cook the Wakame and Enoki in boiling water for 2 minutes, add the Arame and Hijiki seaweed for a few seconds and then remove them immediately. Drain and marinate with vinegar and salt, then chill in the refrigerator. Mix the dressing ingredients. Put everything in a large bowl and serve the dressing. The seaweed salad recipe is ready.

Pour the broth mixture in a saucepan and bring to a boil. Break the seaweed sheets into pieces and add into the boiling water. Reduce the heat and cook for about 5 minutes until the seaweed expands and the soup starts to thicken. Add sesame oil. Remove the heat, pour the soup into a bowl and sprinkle cilantro as garnish. Serve hot.

Sesame has been used as food for a few thousand years and is known to provide high energy. It also helps to slow the aging process. It is a good partner for seaweed.

Whisk the soy sauce, wasabi and ¼ cup of water into a small bowl until well combined. Cover and set aside until serving. Crack the eggs into a large jug and add the remaining water. Add salt and use a fork to whisk until well combined. Heat 1 teaspoon of the butter in a 20 cm stick frying pan over medium high heat until foaming.

Pour a quarter of egg mixture into pan and tilt pan until mixture covers base. As omelet begins to set, lift edge so uncooked egg runs underneath. Cook, uncovered, for 2 minutes or until omelet is set. Slide onto a large plate and cover loosely with foil to keep warm. Repeat in 3 more batches with remaining butter and egg mixture. Place the omelets in a single layer on a clean surface. Top each with 1 nori sheet. Divide carrot, celery, and snow pea sprouts among nori sheets, placing down the center. Roll the omelet up tightly. Trim edges and cut the rolls in half. Arrange on a serving plate and serve with wasabi mixture.

Place noodles in a colander, rinse under warm water and drain well. When mushrooms and Wakame are soft, slice the mushrooms thin and chop the seaweed. Combine with bok choy, onions, bell pepper, zucchini and carrot. Drizzle dressing on top and toss lightly. Marinating the veggies overnight for several hours or overnight before eating improves taste.

Serve steamed rice in a rice bowl. If it is leftover rice, reheat the rice in the microwave. Place Tsukudani Kombu on top of the rice. Brew green tea in a tea pot. Pour hot green tea over rice.

Cut the raw fish in 4 strips of the same length as the nori. Cut the cucumber in quarters lengthwise and remove the seeds and cut into sticks. Cut the nori in half. Place the half nori sheets on a bamboo rolling mat, with the shiny side down. Top the nori with ½ a cup of sushi rice, spread evenly on the sheet leaving a border of 1 cm free on the inside of the sheet.

Take a little horseradish paste and spread it across the rice in the center. Place the tuna across the center of the horseradish and start to roll using the bamboo mat making sure that the nori sheet end goes under the rice. Roll the mat up firmly and squeeze gently. Remove the rolled sushi from the mat, cut in half and then into three pieces with a wet knife. Repeat the process with a filling of cucumber and again with a filling of pickled radish.