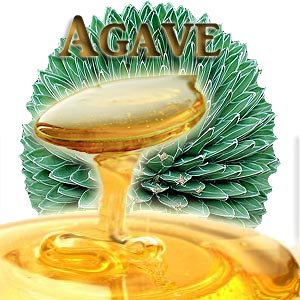 Hailed as a natural low glycemic substitute to sugar, agave nectar looks like honey in color and texture. It is used as a flavoring agent and has been found to have scores of health benefits.

Agave tastes sweeter than natural sugar. In recipes where sugar has to be replaced with agave nectar, substitute three quarters agave for every one measurement of sugar.

Agave syrup is available in a variety of shades from light to amber and dark in color. The light colored nectar has the lightest flavor, rather a neutral flavor. It imparts sweetness however it has no distinct flavor of its own. The amber and dark varieties have a mellow flavor similar to that of maple syrup or honey. More nutrients, minerals and flavor of the plant remain intact in the dark agave syrup.

Agave nectar is highly soluble and dissolves in cold drinks too. Agave nectar or agave syrup or agave sweetener is sold in health food stores and supermarkets. Many vegans prefer agave nectar over sugar.

Low Glycemic Index: The best health-promoting aspect of agave nectar is its favorable glycemic profile. The nectar derives its sweetness primarily from a complex form of fructose called inulin. Fructose is a natural occurring sugar present in fruits and vegetables. The carbohydrate in agave nectar has a low glycemic index and so does not cause a 'sugar rush' and does not increase blood sugar as other sugars do. Agave nectar is a delicious natural sweetener and can be moderately used by diabetic people, dieters and those on restricted sugar diets.

Low in calories: People who are watching the calories they consume can try agave nectar as a healthy option as it is loaded with fewer calories when compared with sugar.

Sweeter than sugar: It is supposed to be one and a half times sweeter than regular sugar. Due to its concentrated flavor, lesser quantity can be used in place of sugar.

Organic alternate: As it is extracted from a desert plant, agave nectar is classified as an organic product. It is accepted widely and carries the USDA organic label.

Nutrition: Though a teaspoon full of agave syrup has the same number of calories as that of sugar, its rich fiber content makes it a healthy alternate to sugar. It is said to help in weight loss. Its anti-inflammatory and anti-bacterial properties offer resistance against intestinal bacteria.

Cooking: Agave nectar is safe for use in all kinds of recipes unlike a few artificial sweeteners. It can be used in desserts, baked goods, etc. The cooking time and amount of water needs to be adjusted owing to its liquid nature.

Easy to use: It can be mixed with cold drinks and will not solidify as honey does; it also dissolves easily when compared to sugar.

Easy to digest: Agave nectar is easy to digest and poses no threat to the digestive system.

Agave has been extensively cultivated in Mexico. Agave is a succulent plant and resembles a cactus plant. The agave plant has a large rosette of thick fleshy leaves; each leaf ending with a sharp point. The core of the plane known as 'pina' is located amidst the leaves. The pina weighs about fifty pounds when fully grown.

Agave rosette grows slowly and flowers only once. When the agave plant is ready to flower, a tall stem grows from the center of the leaf rosette which in turn produces a large number of short tubular flowers. Once the fruit develops, the original plant dies, however shoots are often produced from the base of the stem which become new plants. Four major parts of the agave plant have culinary uses.

Leaves: Are rich in sap and can be eaten. Agave leaves can be collected during spring and winter, these are the seasons when is the plant is rich in sap.

Flowers: Are edible and can be tossed in salads. Agave plants flower during summer. Each plant produces several pounds of flowers.

Stalks: Can be roasted before they flower and they have a molasses-like flavor. Stalks are ready in summer and weigh several pounds each.

Agave plants are popular as ornamental plants too. The flowering stem forms a natural razor; they can be dried and cut into slices. The expressed juice of the leaves lathers like soap when used with water. Native Mexicans made nails, needle and pens made from agave plant. The stalks are dried and used as didgeridoos, a wind instrument.

The plant has some medicinal use too. Leaf tea or tincture consumed orally treats constipation and flatulence. It is also used as a diuretic. The root of the plant is consumed as tea or tincture to treat arthritic joints.