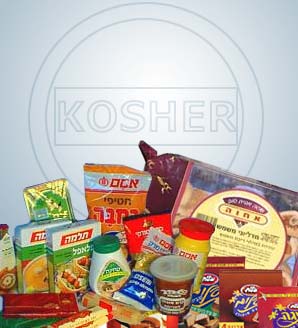 Acquaint yourself with the principles of Kosher food - ancient rules dictating food purchase and cooking that are followed by orthodox Jews.

The Kashrut is the Jewish law that prescribes what foods must be eaten and how they must be prepared. Kosher food is an important aspect of Judaism and is followed strictly by many an orthodox Jew. Kosher means 'fit' or 'proper' in Hebrew. Kosher food is not about a special type of cooking. Instead it is an ancient set of rules that prescribe how food must be cooked and used. Read up this simple guide to understanding Kosher food principles.

The ancient laws of the Kashrut may have been enforced on grounds of hygiene. Some animals were considered healthier to eat than others. Scavenger birds and meat that can harbor harmful parasites were made taboo. Kosher food dwells on these primary conditions:

The kosher food industry in the US is growing since some of the dictates of the Kosher law find favor with Muslims too. It is estimated that nearly 40% of retail food products bear Kosher certification. You can pick up kosher meat from a butcher who is under the supervision of a Rabbi. Kosher meat is usually stamped with a metal tag (plumba) that serves as identification.

The Kosher logo is prominently displayed on the packaging. Most pre-packaged food items bear kosher certification. But kosher meat and poultry may be costlier than regular meat products. For authentic kosher food products, you can shop in exclusive stores selling only kosher products. Alternatively look for the seal of rabbinic supervision on packaged food. Some of the registered Kashrut symbols are stamped on them. Don't be surprised to find kosher Dim sum, Thai spring rolls and enchiladas.

There have been instances of controversies over whether some food is kosher or not. Take the case of yogurt - a nutritious food that is tasty and popular. Many manufacturers add gelatin to make it creamier and keep the fruits suspended within. It reduces caloric content and serves as a bulking agent.

But gelatin is an animal product and therefore when used in combination with yogurt, it is considered unkosher to consume yogurt. Natural colorings are another area of controversy. For example, a food coloring made from a shellfish would be considered unkosher and would taint the food in which it might be used.