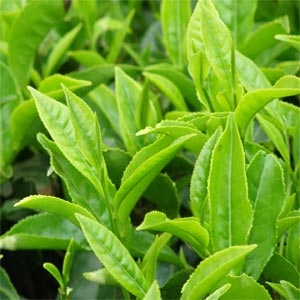 Hailed as a miracle drink, Green tea has been known to the Chinese and Japanese cultures since time immemorial. Today green tea is widely acclaimed as a fat burner and healer.

Green tea, as the name suggests is an herbal drink with medicinal value. The Chinese have known the medicinal benefits of green tea since time immemorial. They have used it to treat everything from headaches to depression. Though it originates from China, green tea is associated with many cultures in Asia including Japan and South Korea. Learn the subtle differences between Chinese green tea and Japanese green tea. Does loose green tea score over green tea bags? How does green tea aid weight loss?

Green tea is believed to reduce the risk of cancer, prevent or alleviate rheumatoid arthritis and eliminate heartburn. Several scientific studies indicate the potential health benefits gained by drinking a cup of green tea. Few of them include:

The slimming quality of green tea is known for more than thousands of years. Scientific research indicates that green tea helps to burn calories and block fat absorption.

Burns Fat: Food that we intake including sugar and fat is synthesized into a substance called 'Triglyceride' in the liver and small intestine. Through the bloodstream, it is distributed to other tissues in the body. These triglycerides are very vital to human body as they are the source of energy for life support and physical activities. However, excess amounts of triglycerides in human body turn to fat subsequently resulting in obesity.

Green tea contains high amounts of Polyphenols, which activate the enzyme that is responsible for dissolving excess triglyceride. Hence, green tea is considered as an effective aid in burning fat.

ECCG, along with the caffeine in green tea, stimulates the central nervous system and causes fat to be released in to the bloodstream. The body uses this fat as a fuel and this process of fat being used for energy is called 'thermogenesis'. It provides extra energy, sheds excess water, and helps to burn body fat.

Although caffeine alone can stimulate the metabolism this way, researchers indicate that the combined ingredients of green tea were much more effective at this process than just caffeine by itself.

The science of Green Tea

The vital component of green tea is polyphenol - an antioxidant. The polyphenols present in green tea are un-oxidized and hence are called catechins. It is scientifically proved that regular consumption of polyphenols can help fight various disease conditions.

These polyphenols strengthen immune and body cells, whilst weakening intruder cells and cancerous / tumor cells. It means that the body is now stronger and better able to fight diseases caused by weak cells.

Many varieties of green tea are created in countries where Camellia Sinensis is grown. These varieties can differ substantially due to variable growing conditions, horticulture, production processing, and harvesting time.

There are two main types green tea, Chinese and Japanese. We get hundreds of varieties of tea from these two very different countries, each one with its own distinctiveness.


Japanese green tea or ocha is one of the most common beverages in Japan. It is intrinsic to Japanese food culture and is the central element of the tea ceremony. Following is the list of popular Japanese green teas:

Gyokura: It is a loose Japanese green tea made with dried tea leaves.

Sencha and Bancha: Sencha is the most popular green tea of Japan. It has a lightly astringent taste along with a slight sweetness. Lesser quality Sencha tea is called Bancha.

Houjicha: Another common tea, Houjicha is brown and made from roasted tea leaves.

Matcha: This is the traditional tea used in the Japanese tea ceremony. Made with tea leaf powder, Matcha is whisked when prepared. The flavor is light and sweet.

Japanese green tea is served in cups without a handle and sugar or cream is never added to the tea.

Dating back more than 4,000 years, Chinese green tea has been long revered as a tasty drink that can ward off diseases and improve one's well-being. Since its first recorded use during the time of Emperor Shen Nung, the link between tea and good health has never been severed. Listed below are few varieties of Chinese tea:

Dragon Well Tea: Also called, Lung Ching, this is claimed as the ultimate green tea. The tea is produced with water from a legendary well in the West Lake region of China and is named after it. Dragon well tea is bright green in color with quite a brisk flavor.

Anji Green tea: Grown in the Zhejiang region of China, the tea is very popular for its fine and subtle flavor. It has thin leaves that look almost black in a dry form.

Pi Lo Chun: Meaning 'green snail spring', it is a Chinese tea from the Fujian province that produces a sweet and mellow cup of tea with mild vegetal notes.

As with any traditional tea, green tea leaves are also packed into paper. People find in convenient and easy to brew. However, many researchers indicate that loose green tea is more preferable than green tea bags for long time health benefits.

The whole leaves are chopped, sliced and diced into small particles (ranging from 0.2 to 1.5 millimeters) to accommodate in a tea bag. With much higher surface to volume ratio, these particles lose freshness quickly. In addition, the tea compounds interact with moisture and oxygen, leading to rapid quality loss.

Above all, the tea particles are finally bagged into papers, which are more likely to suffer from long shelf life.

Less Caffeine: According to a 1996 American study, extraction of caffeine was higher from the tea bags than those loose leaves. This is because tea bags contain green tea that is broken into pieces.

Higher Leaf Grade: Quality of green tea is influenced by many factors, the most important being - the leaf age. The highest-grade green tea is tippy, as they grow at the top of the tea bushes.

These are young tea shoots harvested early in the season and consist of just one bud with up to 2 slightly unfurled leaves. The quality of green tea depends on the harvesting season. Spring grows the best green tea while summer the worst.

Scientific studies indicate that young tea shoots contains highest level of theanine and EGCG. Theanine promotes calmness and aid concentration while EGCG is the most powerful and abundant antioxidants present in green tea. No doubts, such high grade is only available in loose-leaf and not tea bags.