Cooking Corn on the Cob 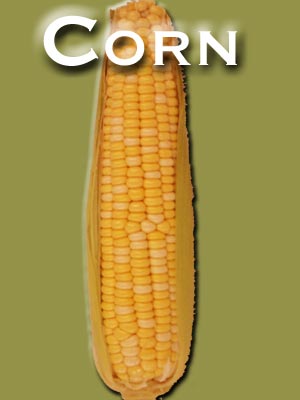 Get the lowdown on cooking corn on the cob. Makes for an ideal summer snack, be it plain and buttered or spiced with herbs and seasoning.

Warm lazy summers ... juicy corn on the cob - warm and dripping with butter! Cooking corn on the cob can be simple, provided you follow certain guidelines. Fresh or frozen corn with its rich juicy texture is a perfect snack for kids and adults alike. There are many ways to cook fresh sweet corn - boiling, microwave or grilling. Savor the sweet and tender flavor of fresh corn on the cob. Use spices or herbs to make it tangier. Add it to your soups, rice and salads. Corn on the cob is ideal camping food.

The U.S. Department of Agriculture Food Guide Pyramid recommendation to eat vegetables daily can be easily followed this summer with fresh corn on the cob. It is surely higher in calories than spinach, kale or asparagus and broccoli. But it offers many nutrients such as potassium, B vitamins, zinc and magnesium.

Cooking Corn on the Cob

Tender green husk over the corn cob is indicative of fresh corn. If the husk is turning brown, the corn is sure to be have been sitting out since a couple of days. Peel back the husk over the corn and remove it entirely. You can easily remove the silky hair-like threads just under the husk with a wet paper towel. Break off the thick stalk at the bottom. Adding salt to the water when cooking corn on the cob will toughen the corn. Don't overcook the corn as it will lose much of its sweet flavor.

Grilled corn on the cob

On the other hand, you can also grill the corn either with the husk or without it. For a milder flavor, soak the corn in husks in cold water for 2 to 3 hours. Put them on the hot grill and cook them for 8 to 15 minutes. Ensure that the corn is cooked is heated evenly on all sides. If you husk first, you'll get a much more intense grilled-corn flavor.

In this case, you may need to grill the ears for 5 to 7 minutes, turning occasionally to expose all surfaces to the heat. For spicy grilled corn, sprinkle the cob with oregano, thyme, black pepper, fine red pepper and fine chili powder. Double wrap the cobs in foil. Grill on high, 15-17 minutes a side.

Boiling Corn on the cob

1. Remove the ears and silk from the corn.

2. Fill a large pot with enough water just to cover all the ears and boil over high heat. Don't add salt to the cooking water while cooking corn as it will toughen the skin of the kernels.

3. Add the ears of the corn to the boiling water and cook them for no more than five minutes. You may have to adjust the cooking time keeping in mind the size of the corn. Reduce your cooking time to three minutes when you cook ears with smaller kernels.

4. Remove corn from the cooking water and serve immediately. If you like it, you can apply a pat of butter as soon as you take it out of the water. For tangier corn on the cob, mix butter with chili powder or apply a mixture of lime juice and salt.

Microwave corn on the Cob

Another option for cooking corn on the cob is to microwave it. Shuck the corn, wrap the ears in damp paper towels and put them in the microwave. Spread butter on the cob if you prefer. Put ears in zip lock bag and cook them on high for about 6- 8 minutes. Don't forget to turn them around halfway through. Alternatively, you can also shuck the corn after cooking. In that case, use dishtowel to protect your hands from the heat as you shuck.

Top of the Page: Cooking Corn on the Cob
Tags:#cooking corn on the cob