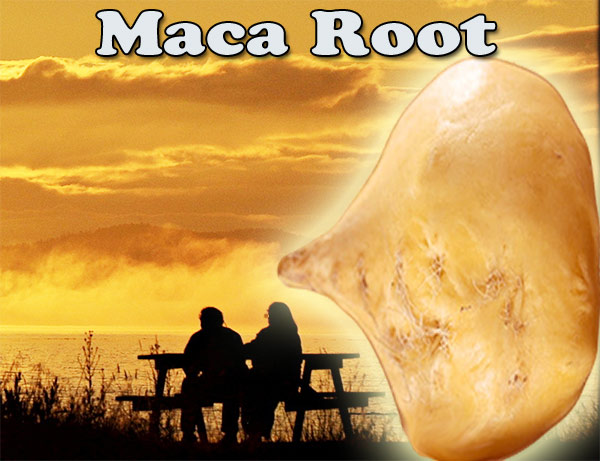 Historically grown in Peru, Maca is an aphrodisiac super food traditionally consumed by the people of the Andes for centuries. It is only recently that Western researchers discovered this ancient herb and the many benefits it provides.

Historically grown in Peru, Maca is an aphrodisiac super food traditionally consumed by the people of the Andes for centuries. This root vegetable had been the staple diet in the region for thousands of years. It is only recently that Western researchers discovered this ancient herb and the many benefits it provides for women - such as sexual health, improving fertility and combating effects of menopause among other benefits.

The Incan civilization used maca in their daily food. It gave them enhanced energy, increased libido, improved bone density other than being a tasty addition to the daily diet. It was also a natural remedy known for its special properties to enhance energy and stamina. Maca is termed as Peruvian Ginseng due to its natural stimulating qualities that are similar to the popular ginseng-related herbs.

Botanically, maca is the common name for Lepidium meyenii, of the broccoli family. The maca root, which refers to the root of the plant, resembles a turnip. Maca is divided into various subcategories depending upon the color of the root such as red, black, pink or yellow. That is why it is akin to the mustard plant in appearance, with its flowers resembling those of a mustard plant. The plant is grown at more than 4000 meters height.

Maca root is grown extensively in the Andes as the environment here is ideal for its growth. It thrives here despite the harsh temperatures and frost. Potentially, Maca holds its nutrients in the flesh of its root. The root or tuber is rich in protein, natural sugars, potassium, magnesium, calcium, iron and fiber.

Peruvian Maca and the Chinese Ginseng

While the Chinese or Korean ginseng is very popular, the Peruvian maca packs enough powers to stimulate concentration and memory. Maca Lepidium of Peru has similar powers as Ginseng Panax.

So, what is the main difference between the powers of Chinese ginseng and Peruvian Maca? What ginseng does for the mind, maca does for the body. Maca lepidium Meyenii regulates hormones. Maca gives you extra energy and takes away the discomforts of menopause. It ensures that the body produces more testosterone.

Maca contains Vitamin B1, which is important for converting carbohydrates into energy. Vitamin B2 in maca, which works with other B vitamins, is essential for the production of red cells and release of energy from carbohydrates. Vitamin C is an essential nutrient and also an antioxidant that helps improve the cognitive process. Maca is primarily about 70% carbohydrate, 13-15% protein along with fiber and small amount of fat. It provides trace elements such as iron, calcium, zinc and magnesium.

Benefits of Maca - the super food

While maca is a win-win food as its benefits are unlimited and it supports the whole body, it also helps build energy, increase concentration and reduce stress.

Libido and fertility: Topping the list of maca benefits is that this powerful root is a booster for male libido and female potency. It helps create an aphrodisiac-like response in men who suffer impotency, low sex-drive and fertility problems. The maca root is known to improve the quality and quantity of sperm in men who have lower than normal sperm counts, which helps to increase the level of fertility.

Maca holds promise in the reduction of menopausal symptoms in women. It relieves fatigue and helps to lessen the severity and frequency of hot flashes that occur during menopause due to hormonal changes. Maca helps restore hormonal balance.

Similarly, menstrual problems that often plague women of child-bearing age such as cramps, heavy and irregular periods and pre-menstrual symptoms can be alleviated by maca roots.

Not surprisingly then, maca root has been hailed as effective as it is loaded with minerals, fatty acids, and nutrients which balance sex hormones and improve mood. Typically with a healthy mood and balanced hormone levels, arousal is usually much easier to achieve.

Infertility is increasingly becoming an issue with both women and men and many are turning to natural alternatives for improving fertility. Maca root shows promising results during research done on fertility in animals. Maca is a traditional fertility enhancer especially for females and can increase serum luteinizing hormone in the pituitary gland.

As you age, maintaining bone density becomes a challenge. Studies of maca's effect on menopausal symptoms have found that it increases important marker's association with bone density. Women with family history of osteoporosis or those seeking to protect their bone health can consume maca root.

As a food rich in vitamins, minerals and essential fatty acids and protein, maca supports with energy levels and aids in recovery from injury. It is also used for increasing energy and stamina among athletes.

Among the essential benefits of maca is the ability to relieve mild depression as an adaptogen. Individuals using maca notice an increase in the levels of serotonin in their body. While common antidepressant medications tend to have uncomfortable side effects such as weight gain, fatigue and dulled senses, maca has none of these side effects and the active ingredient in the maca root boosts energy and lifts depression naturally.

Maca comes in the form of capsules, liquid and powder. It can be eaten as a supplement with food as a daily dose of 1000 to 2000 mg to increase sexual desire in men and women. Doctors recommend taking maca for a couple of months and then stopping for a couple of weeks before resuming again. It is not recommended for children.