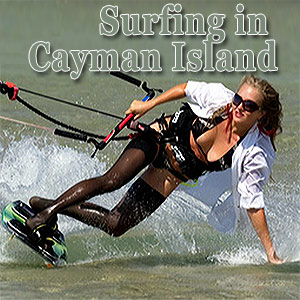 The Cayman Islands are a trio of serene islands situated in the Caribbean Sea. Apart from being a paradise for the lovers of nature, the islands boast of the finest cuisine and exotic shopping making Cayman Islands a sought after destination for a perfect family vacation.

A vacation to the Cayman Islands is a must for all water sports enthusiasts. The pristine waters, the enchanting coral reefs, the exquisite marine life continue to attract several thousands of scuba divers every year. Apart from being a paradise for the lovers of nature, the islands boast of the finest cuisine and exotic shopping making Cayman Islands a sought after destination for a perfect family vacation.

Geographically, Cayman Islands are a trio of serene islands situated in the Caribbean Sea. These islands are individually called Grand Cayman, Little Cayman and Cayman Brac. Little Cayman and Cayman Brac are also called the Sister Islands One can explore and choose from adventure activities or a sightseeing tour or an educative tour among the various options that Cayman Islands present to the tourists.

The Cayman Islands are a British Overseas Territory found in the Western Caribbean. Located just 480 miles from Miami, tourists to the Cayman Islands come as part of a cruise. Else they can take a flight either to the Grand Cayman or the 'Gerrard Smith Airport' in the Cayman Brac. There are several inter-island flights.

The most popular among the Cayman Islands is the Grand Cayman. Being geographically larger than the other two islands, it is home to most of the local population and also hosts the capital city of the Islands, George Town. George Town is extremely popular for its offshore banking and investments. The other popular districts in the Grand Cayman Islands are the East End and West Bay districts. East End district hosts the best hotels, restaurants and several natural attractions. West Bay district is very well known for its turtle farming. The major tourist destinations in Grand Cayman Islands:

North Sound: A shallow reef protected lagoon with calm, safe and current free waters. The Sand Bar and Stingray City situated in this part of the Cayman Islands are immensely popular with snorkeling enthusiasts worldwide. Apart from snorkeling, one can also enjoy the various activities like water sports, diving, fishing and boating.

Hell: A group of asymmetric, black a limestone formations occupying a vast area is an archaeological delight. Visitors to this place are allowed to view this from a platform. The hell themed post office located here is quite an attraction allowing visitors to send 'postcards from hell' to their friends and family.

Seven Mile Beach: Situated in the Cayman Islands, the seven mile beach is considered to be one of most beautiful beaches of the Caribbean. It has a large number of restaurants, pubs and some of the world's finest hotels. One can head there for a leisurely beach picnic with facilities like setting up campsites and barbecue pits.

Queen Elizabeth II Botanic Park: This 65 acre park among the Cayman Islands hosts some of the most breathtaking flora and fauna of the world. The rare Grand Cayman parrot can be spotted here along with turtles and reptile exhibits.

Boatswains Beach: This beach at the Cayman Islands hosts a live sea turtle farm which can prove to be an educative tour to children of all ages. A visit to the predator reef and the Boatswains lagoon is also a very popular attraction here. For adventure lovers, a trek through the nature trail adds to the vacation.

Bodden Town Pirate Caves : These are limestone caves situated on the shoreline of the Grand Cayman. Visitors can book a guided tour to explore the lagoons and bay that helped pirates who lived in this area. The souvenir shop and the pirate cemetery also attracts a number of visitors here.

Pedro St James Castle: It is of great historical significance as it is considered the oldest building in the Cayman Islands and has borne witness to most of the important events in the history of these islands. This three storied marvel is surrounded by lush foliage making its beauty ethereal. It is considered one of the most important landmarks of the islands.

This island of the Cayman Islands is home to exotic beaches, caves and mountain creeks. Its serenity and ethereal beauty attracts a lot of tourists. Surfing and rock climbing are some of the activities for visitors. The Bluff, a gigantic limestone wall measuring around 43 meters high is the highest point of these islands.

It is the smallest of the Cayman Islands. It attracts nature lovers for its fauna. It houses some of the endangered species like the Caymans Iguana, hawksbill turtle, West Indian whistling Duck. Bloody Bay and Jacksons Blight in this island are also popular Scuba diving spots. Visitors can usually swim or kayak in this quiet island.

The Cayman Islands are well connected by air from various parts of the world with several international airlines flying to the Owen Roberts International airport in Georgetown. US dollar is the widely accepted currency in the Cayman Islands. British English is the most common language spoken; with a trace of Jamaican dialect. The natives are quite friendly and the crime rate has been extremely low in the past decade making it a safe haven for tourists.

You can find rental cars, minibuses or taxis for travel within the islands. Most of the residents of the Cayman Islands are involved in tourism. The population of the islands is around 52,000. You can sample some typical local fare such as Cayman Style Beef or Conch Stew Turtle.

The best times to visit Cayman Islands would be from mid-December to Mid-April because of the wonderful weather. Cayman Islands usually have a tropical climate with their summer season in May and a rainy season from June to November. April is considered to be the best month for a visit because of its idyllic weather.

In spite of the hurricane threats during the rainy season, visitors have no reason for panic as the satellite forecasts usually issues warnings and precautions to be taken. It is a good idea to make reservations in advance for the popular tourist destinations especially during December.