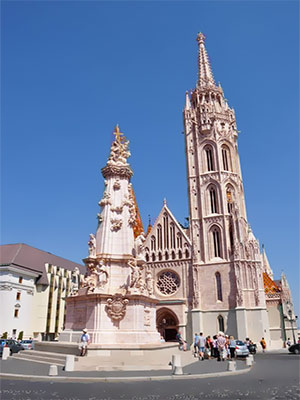 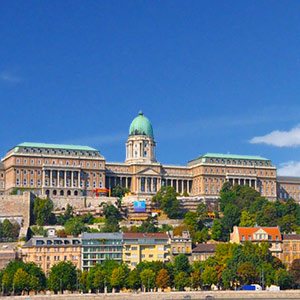 Budapest has been voted as one of the friendliest cities in the world. It is almost like festival round the year at Hungary. It is wine or beer, cheese or chocolate, art or music, there is something for everyone at any time of the year.

If you are looking to relax in a thermal bath and enjoy a unique spa experience in a health resort and bathe your cares away, then Budapest is the place of choice.

Dating back to the 9th century when the first Hungarians arrived in the territory, Budapest has been the capital and largest city of Hungary. It is also one of the largest cities in the European Union, home to nearly 3.3 million people. Budapest occupies both west-bank Buda and Obuda and the east-bank Pest of the river Danube.

A center of Renaissance humanist culture, Budapest became a global city after the unification in 1873. It also has the rare distinction of being the second capital of the Austro-Hungarian Empire, a great power until it dissolved in 1918.

Cited as one of the most beautiful cities of the world, with the second oldest Millennium Underground Railway, the world's largest thermal water cave system, the second largest synagogue, the third largest Parliament building â€“ Buda Castle, Andrassy Avenue, Heroes' Square, 80 geothermal springs, the third city on MasterCard's Emerging Markets Index, most livable Eastern/Central European city â€“ Budapest attracts about 4.3 million tourists a year. Euromonitor marks it as the 25th most popular city in the world. It is the world's second best city according to Conde Nast Traveler as well as Europe's seventh most idyllic place to live as rated by Forbes.

Many of Budapest's attractions are recognized as World Heritage Sites, such as Castle District, with the Royal Palace, Matthias Church and Fishermen's Bastion; the Banks of the Danube, including Chain Bridge and the Parliament; and Andrassy Avenue, together with Heroes' Square and the Millennium Underground.

The Varkert Bazar, the historic building on the Danube waterfront is the Royal Gardens Bazar, a beautiful complex of arcades and staircases. Built between 1875 and 1888, the old glamour has been restored by recent renovations, with new commercial complexes, cafes, restaurants and shops coming up. This old historic building is set to reopen in spring 2014 with new look.

The district of Buda is the oldest part of the city containing the Castle Hill and some of Budapest's best known attractions such as Fishermen's Bastion, the Labyrinth and Mathias Church. Buda, which is the capital of Hungary, turned into a grand cosmopolitan city during the country's fast industrialization in the nineteenth century. Pest, on the east from the Danube is traditionally associated with pulsating city atmosphere.

Bubi is a public bike sharing program set to be launched in 2014. Much like the South East Asian cultures of China and Japan, bicycles will flood the city soon with over 75 bike stations and 1000 bicycles.

Eleszto is a good place to taste Hungarian craft beer. Fozdefeszt is for those who would like to taste home grown beer and Craft beer walk is also for beer lovers.

The Academy of Music founded by Ferenc Liszt and restored and reopened in 2013, is a famous landmark for Hungarian musicians.

Budapest has a long tradition of cafes and there are legendary coffee cafes in the city.

2014 is the 150th anniversary of the Museum of Fine Arts, with exciting exhibitions lined up. There is yet another permanent exhibition at the Hungarian National Gallery called 'Shifts' which features the history of Hungarian visual arts after 1945. And the Budapest sports arena will feature several top performers this year.

Budapest is indeed a great walking city with compact neighborhoods. These can be easily reached by foot. Buda, the main sight is located in and around Castle District and Pest can be found between Danube and Grand Boulevard. A visitor can take a stroll to Castle Hill on Andrassy Avenue and promenade along the Danube and climb up on Gellert Hill, wander around the Jewish Quarters and across the Chain Bridge. Free walking tours are organized at Budapest for tourists.

Budapest is not called the 'City of Baths' for nothing. This is the land of thermal springs and Budapest is the only capital city in the world with such thermal waters with healing qualities. A discerning tourist can experience the traditional Turkish baths dating back to 16th and 17th centuries. Rudas, Kiraly or Veli Bej, SzÃ©chenyi, LukÃ¡cs which is partially coed, GellÃ©rt Baths with women and men only facilities, or have single sex days, like Rudas Baths, which has women-only and men-only daysâ€¦ the list is endless.

Due to its unique geographical features, Budapest 'sits' over 100 thermal springs that feed the city's famous bath houses. For thermal baths there are one or two main pools and several smaller pools. Water flows at different temperatures â€“ there are saunas, steam baths, aroma cabins â€“ with on-site health care professionals offering aqua therapy and physiotherapy. Even without any ailments, one can appreciate the relaxing waters of Budapest. This is certainly a great way to relax and unwind, after a day of touring the city.

In each thermal bath, a visitor is provided with water proof plastic wristband that grants access to a cabin or locker with all indoor and outdoor facilities. Therefore, you can be more carefree while soaking in thermal baths â€“ and a towel, flip-flops, a bottle of water, a swimsuit and a swim cap does come in handy for a visitor at any bath of choice. The most popular thermal baths include Szechenyi, Rudas and Gellert Baths.

Spectacular Nouveau palaces, picturesque castles and striking bridges â€“ Budapest's long history has lent itself to beautiful architecture. Right from Roman ruins to Gothic arches and Turkish bathhouses to 19th century mansions â€“ a walking tourist gets to breathe in the atmosphere.

The city is a unique blend of old and the new making it an architectural paradise. The Roman Empire which once covered a major part of today's Hungary has many ruins throughout the country. Aquincum, one of the main settlements, located in Obuda, includes ruins of an amphitheater, mosaic floors and tombstones, statues and a bath complex in Roman style.

Gothic architecture saw the creation of soaring arches to draw the spirit of man up to heaven. Its characteristics include the pointed arch, the ribbed vault and the flying buttress. It is in the great churches, cathedrals, abbeys and in a number of civic buildings that the Gothic style was expressed most powerfully.

The Renaissance style appears in Visegrad, where King Matthias build a beautiful Renaissance-style Royal Palace. Budapest is also rich is neo Renaissance buildings such as the famous Opera House and the St Stephen's Basilica.

Multiple mosques and baths in Buda are indicative of Turkish occupation and the resultant Ottoman architecture. The Baroque style is dominant in Catholic churches such as St Anna in Battyhany ter. Don't miss the Great Synagogue on Dohany street and the Vidago Concert Hall on the Danube Promenade. The Western Railway Station is also worthy of mention.

Art Nouveau in Hungary is a blend of several architectural styles with focus on Hungary's eastern origins. Odon Lechner, one of the leading Art Nouveau architects was inspired by Indian and Syrian architecture and the Museum of Applied Arts in Budapest is one of the best examples.

Famous for its cuisine, Budapest is a great foodie destination. Street food, local eateries, award winning restaurants, and culinary chains, there is something for everyone here. Budapest's vibrant restaurants offer several must-try Hungarian delicacies which include fish soup, goulash soup, stuffed cabbage, fried sausage and fried bread and much more. Goose liver is one of the best known Hungarian gourmet products. These Hungarian food and beverages are collectively called Hungarikum.

While in Budapest, a tourist can go on a delicatessen tour, visit the Great Market Hall and taste Hungarian culinary specialties like 'langos' â€“ a yeast-based dough deep fried in oil topped with sour cream and cheese.

Budapest sweet â€“ artisan chocolates, handmade candies, boutique chocolates are every tourist's obsession. Delicious cakes like Dobos torte and Esterhazy cakes are offered by dynasties of confectioners such as Szamos and Auguszt. Finest chocolate bars, truffles, candies and bonbons can be found here.

Among Hungarian wines, the famous are Tokaji Aszu, a sweet dessert wine and Egri Bikaver, a Bull's blood of Eger, a dry red wine. Wines from Villany and Szekszard region are good options.

Budapest's ruin pubs remain a must on every tourist's to-do list. Unique to this place, ruin pubs is a trend that started a decade ago and one can never go wrong with Szimpla, Instant or Fogashaz, and for a fun way to explore Budapest join the Tipsy Budapest tour.

Hungary's climate is very predictable and it has four full seasons, bereft of temperature extremes and precipitation. Winters in Budapest are cold, with mild snow, summers are sunny and warm. July and August are the hottest months, and since there are high pollen counts during this time, allergy- sufferers must be cautious.

It is almost like festival round the year at Hungary. Be it wine or beer, cheese or chocolate, art or music, there is something for everyone at any time of the year.

Christmas is magical in Budapest. The holiday season starts as early as mid November when the city's traditional Christmas market, the longest in Europe opens. This is a time when shoppers around the world can browse a huge selection of authentic arts and crafts, decorations and foodie gifts â€“ the holiday season is a wonderful time to visit Budapest.

Budapest has been recently named as the 'most welcoming' European city. It is still affordable, and one of the friendliest cities to visit.

A rare mixture of rich history, Budapest has traces of inhabitation dating back to as far as the second millennium BC. From serene parks to entertaining zoos, from natural caves to scenic islands, you could be surrounded with beautiful townhouses and fresh flowersâ€¦ join a unique tour with the locals and find a one-of-a-kind treasure at the Flea Market.