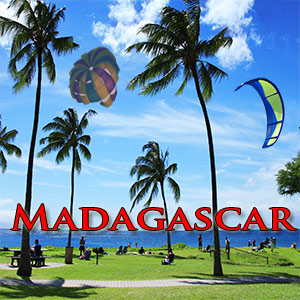 A dream destination for outdoor lovers, Madagascar is a land of lemurs, beaches, deserts, baobabs, rainforest, trekking and diving. One can reach a rainforest from a desert in just 300 km; truly one of nature's best display. There are many remote resorts that can be reached only by air during the rainy season. Madagascar is the fourth largest island in the world. Madagascar was separated from mainland Africa around 160 millions years ago.

Madagascar has been many a times referred to as the 'eighth continent' by ecologists as Madagascar has a unique mix of plants and animals that cannot be found elsewhere in the world. Of about 10,000 plants that are found in Madagascar, 90% are found nowhere else in the world. Sadly, Madagascar has lost more than 90% of its original forest. The baobab trees look like they've been planted upside down; the rosy periwinkle is a delicate flower used to cure pediatric leukemia and Hodgkin's disease; and there is an entire desert ecosystem consisting of just spiny plants.

The uniqueness of this place is that 5% of all the known animals and plants are present here and they are seen only here. Madagascar is home to evolutionary oddities such as the fossa, a carnivorous mammal that looks like a cross between a puma and a dog. However, it is closely related to the mongoose. The indri, a large sized lemur and the sifaka, a cat-sized lemur, the streaked tenrec, a spiny yellow and black insectivore can be found here.

5000 km of coastline, 250 islands, 450 km barrier reef, Madagascar is a place for water lovers too. Diving, snorkeling, underwater cathedrals, shipwrecks, whale sharks, reef sharks, and many other types of sharks can be seen and enjoyed by sea enthusiasts. The turtles are fun to watch; the fish and the corals together display a kaleidoscope of color. For people who wish to laze around, the tranquil beaches are hard to resist. Local fishers take tourists on a pirogue trip. People can also go sailing to the nearby islands.


Spectacular landscapes, culturally diverse ethnic groups, friendly people, unusual history and lots more in the offer – it is little wonder that travel to Madagascar is an interesting experience. However plan a trip to Madagascar taking care of small nitty-gritty's.

Madagascar follows a currency pre-colonial Ariary (Ar), Euros are widely accepted and US dollars are sometimes accepted in major cities and tourist areas. Credit cards are rarely accepted, though a few hotels do.

The country is divided into five parts based on various factors like the ethnic group type, climatic conditions, etc.

The Highlands: Madagascar Central Highlands constitute the main core of the island. The capital Antananarivo and other important cities are located here. The main ethnic group is the Merina people of Asian region who grow rice in terraced fields. The temperature is pleasant during the austral summer and winters are cold.

The North: The North of Madagascar is scarcely populated. The terrain is mostly inaccessible; however the region is home to a rich mix of ethnic groups. The Krast pinnacles, Ankarana national park, the not yet exploited and hardly explored rainforests of the Majorejy national park are major attractions here. The North is home to natural wonders and amazing beauty. The season is dry for a long duration except during the brief rainfall.

The East: Betsimisaraka is the major ethnic group occupying this part of Madagascar. The lowlands of the East Coast are rich in traditions. The ethnic groups still practice their ancient customs. The beaches of Sainte Marie Island are a major tourist attraction. The vast variety of flora and fauna of the largely unexplored rain forests of the Masoala Peninsula attract numerous visitors from across the world. This is the place for nature lovers. October through December is the best time to visit.

The West: The West is a huge region and is dominated by baobabs. The rough coastline has countless harbors that were once refuge to numerous pirates. Sakalava ethnic group occupy this place and till date keep alive the belief of being possessed by spirits. They preserve the cult of royal relics. The climate is dry and pleasant during winter.

The South: The terrain is completely inhospitable thus making this place more attractive for adventure lovers. The isolated, harsh and barren landscapes of the South have showcased this area as Madagascar's most appealing regions. Antandroy ethnic group have settled here. Their name means 'people of the thorns' and this can be validated when we look at the interesting flora that grows in this region. The Mahafaly ethnic group occupies the area from the Onilahy River in the north to the Menarandra River in the south. They are popular for their unique funerary art. The spotless dunes and never-ending beaches are a treat to watch. Climate is hot.

Indulge in Kite surfing and windsurfing in the Emerald Sea. You can go on a guided kayaking experience along the coastline. The Cheese diving competition is an annual event where contestants dive into a coral reef to pick out a block of cheese.

An interesting tourist place is the UNESCO World Heritage site at Tsingy de Bemaraha which boasts of a raised limestone plateau.

Don't miss the Avenue of the Baobabs - an avenue of huge baobab trees that date back over 800 years. This lies between Morondava and Belon'i Tsiribihina in western Madagascar.

Whale watching is a popular tourist activity in Madagascar if you are visiting between July and September. Watch humpback whales move along their long journey from Antarctica to warmer climes. You can watch and hear them sing.

You can take short hikes to the grassy plains of the hauts plateaux near Ranohira and enjoy the scenic beauty of flowers blooming among craggy rocks. Dip in the cool waters at Canyon des Singes and Piscine Naturelle. Do not miss the Parc Nationale de Ranomafana – a scenic haven to the endangered golden bamboo lemur.

The most popular beaches are in Diego, Anakao, the areas surrounding Morondava, and the islands of Nosy Be, Sainte Marie, & Nosy Ve.


January to March sees heavy rainfall here thereby making roads inaccessible. The best season to travel is between April and November. The dry season lasts between May and October and might just be the best time to travel.

April – May: rains almost over, leaving the countryside lush and green.

July – August: coolest time of the year, peak whale watching season in the Bay of Antongil (July-Sept), many animals inactive or hibernating.

September – December: excellent time for birding as it is the breeding season.

There are flights to Madagascar from Paris, Milan and South Africa. You can pick up a boat from Mauritius.

Eat and drink in Madagascar

Food here is rather inexpensive. Rice and laoka (accompanying gravy) can be easily got in most places. Sample the local rice cakes, many varieties of bread, steak frites and hand made coffee. Rice water is drunk in many areas. Rum and crème de coco are worth tasting!

Ro: (beef and pork marinated in vinegar, water and oil, cooked with onion, leaves, pickles and other vegetables).

Ramazava: Leaves and pieces of beef and pork browned in oil.

Ravitoto: Meat and leaves cooked together.