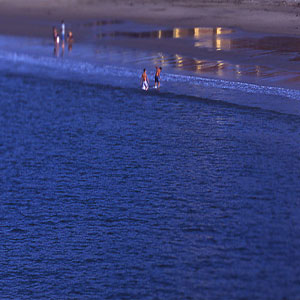 Check out this Newark travel guide for tips on traveling to this city rich in tradition and history.

If you are a cultural tourist looking for a holiday destination rich in tradition and history or an adventure tourist waiting to explore hidden delights or longing to unwind on white sandy shorelines, Newark is the place to be. Vacationing in Newark promises different type of tourist fond memories that lasts a lifetime.

Equip yourself with all information that you need to know before traveling to Newark. Prepare your Newark holiday itinerary choosing places that match your expectations and tastes.

If you want to see the Perseid meteor shower making an appearance on August 12, 2007, get ready to be in New York City. And Newark is just 8 miles west of New York City and 13 miles southwest of midtown Manhattan. Previously referred to as Pasaic Town and New Milford, Newark nicknamed 'Brick City' is the third-oldest city of United States and the largest city of New York.

Thomas Alva Edison set up his bulb factory during 1870's in Newark. In the 19th century, Newark was a bustling industrial city. Newark is also acknowledged as the Mecca of commercial innovations. Newark ranks third with respect to Insurance sector in United States.

Today, Newark is also home to diverse higher education institutions. Students from different parts of United States as well as overseas students select Newark to pursue higher education. Newark is also an airport hub that serves the New York City. The wonderful variety of neighborhoods explicitly conveys a mixture of urban fashion living juxtaposed with tranquil suburban living. Diversity is the hallmark of Newark as the inhabitants include Latino, African American, Brazilian, Ecuadorian, Haitian and the Portuguese.

Newark is well connected with the rest of the world; the public transit system in Newark is commendable. Tourists can enter Newark by road, rail, and sea or by air. Both domestic and international flights arrive and depart from Newark Liberty International Airport. Major highway connections, Port Newark, PATH trains to New York, New Jersey Transit bus and rail service are the other modes of transportation tourists can use.

Newark Museum: The Museum located on Washington Street is closed on Mondays and Tuesdays. Art lovers will appreciate through the exhibits the evolution of contemporary as well as modern arts. Apart from the famous 1885 Ballantine House restoration, the museum has on display world-famous paintings ranging from the pre-Columbian era to the present and sculpture collections. There is the Dreyfuss Planetarium, the Dreyfuss Garden and a mini-zoo, which has more than 100 animals representing 43 varieties. Jazz greats visit Newark Museum during the annual Jazz program.

Music lovers have the unique opportunity to listen to wonderful music with the museum as the backdrop. The locals have special events ear-marked for all age groups that take place on the premises of the museum. The museum hosts special events, exhibitions, classes and workshops, stimulating educational and recreational activities specially designed to encourage participation by locals.

Branch Brook Park, Newark: Is a favorite destination for couples wishing to have a dream wedding amidst 2700 cherry trees especially during the spring season when cherry blossoms are in full bloom. Every year during the month of April, tourists throng the park to participate in the cherry blossom festival. Located in the northward of Newark, the vast expanse of nearly 4 miles is interspersed with lakes, ponds, waterways and pedestrian paths. Recreational facilities like an ice-skating ring and a roller-skating center are part of the park.

Cathedral Basilica of the sacred heart, Newark: Located next to branch Brook Park, the preliminary construction work of the cathedral begun in 1899 and finished in 1954. The cathedral is built in French Gothic style. The main front towers measure an astounding 232 feet high and the interior portion of the church offers breathtaking images.

Military Park, Newark: The most impressive display is the Wars of America monument designed by Gutzon Borglum, famous American Sculptor. The bust of John F. Kennedy designed by Jacques Lipschitz, a cubist sculptor is another major attraction of the park. Adjacent to the park is the Trinity and St. Philip's Episcopal Cathedral built in the early 18th century.

Bears and Eagles riverfront stadium, Newark: The most astounding fact is the seating capacity of the baseball-only stadium. The stadium can accommodate 6200 spectators at a given time. The stadium was built for Newark bears, an Atlantic League team based in Newark.

Newark Public Library: A must visit for literary enthusiasts, the library stores more than 1 million titles and 10 community branches. A winter reading program especially for kids is conducted to attract youngsters and foster book reading habit in them. The Art of Illustration scheduled to unveil in August this year, will exhibit eye pleasing work-of-art.

Essex County Courthouse, Newark: Yet another example of world-class architecture, the Essex Country Courthouse was built in 1906 by renowned architect Cass Gilbert. A life-size stone sculpture of Abraham Lincoln watches over the courthouse.

John F Kennedy recreation center, Newark: New Jersey swimming championship events are held in the center, which is equipped with an indoor-outdoor swimming pool. The pool is Olympic-regulation-size with a retractable roof. The center encourages other professional sports activities too.

The shore, New Jersey is a popular attraction that promises a vision of surf, boardwalks and fun all along the 127 miles of sandy beaches. Travel about 9 miles east of Newark, take a ferry ride to Ellis Island after visiting the world famous landmark of America, the Statue of Liberty and Liberty Science Center, New York.

Travel north of Newark to enjoy the scenic beauty spread across the vast 2500 acres of land in the Palisades Interstate Park. The entire stretch offers beautiful views and places are ear-marked as picnic areas. You can visit the historic museum, nature sanctuary, take time off to go hiking and pursue skiing trails.

People's parade in March when everyone turns Irish for a day, the Asian Heritage Festival and the African American Heritage Day Parade in May, Portuguese Day Parade in June, the Newark Black Film Festival, the Brazilian Independence Day in September, the Annual Columbus Day Parade in October, the Sarah Vaughn Jazz Festival in November are some of the popular local activities.

Newark offers extravagant nightlife activities. Newark is loaded with wonderful restaurants, cafes, bakeries, lunch spots, coffee shops and pizzerias. The Ironbound district especially thrives with restaurants that specialize in cuisine of Spain and Portugal. Tourists visit Newark for business and leisure. Hotels in Newark cater to the specific needs of diverse tourists by offering comfort and amenities that can only make Newark visit truly memorable.