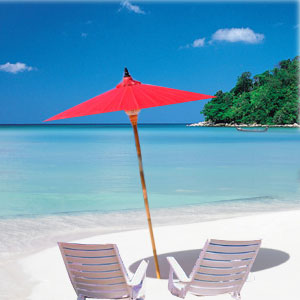 Nags Head – some people claim that modern America was born here; as it was here that the English explorers first landed and tried to colonize the locals. So, what are you waiting for? Head towards Nags Head and uncover the truth for yourself.

When people refer to the Outer Banks, they use the term Nags Head to generically describe the area. Nags Head is one of the most recognizable of all the northern Outer Banks vacation destinations. Early maps of the area show Nags Head as a mass of land characterized by high sand dunes. Tales of land pirates who lured ships ashore indicate the possible origin of the town's name.

Around 1830, Nags came to be known as a plush resort area and today, it has once again regained its place on the tourist map. It is an ideal vacation spot with a wealth of activities to offer holiday makers. Wide sandy beaches, world record fishing, golfing, nature trails, shipwreck remains, historic sites - its all here in Nags Head!

Rising 110 feet, Jockey's Ridge is the tallest active sand dune on the east coast. It is an example of a medano - a huge hill of shifting sand that lacks vegetation. The ridge was an important landmark for mariners including Spanish, French and European explorers. Fearing commercialization, Jockey's Ridge was declared a state park in 1975. Visitors to this park can enjoy nature trails, education programs, a museum that interprets the natural and cultural history of the site and recreational activities including hang gliding.

Interested tourists can learn about dunes, what they are made of, how they are created and how they are shaped. Jockey's ridge is the last of the giant moving sand dunes that once towered over the beaches and greeted the first explorers. There are hundreds of vacation homes surrounding the Jockey's Ridge state park which promise a relaxed atmosphere as well as a host of activities.

The NC Maritime Museum located on Roanoke Island offers a variety of maritime skills including boat building, sailing programs and workshops throughout the year. A visit to the Roanoke Marshes Lighthouse is also interesting and tourists can learn about the history of the screw-pile lights.

Visitors to Nags Head can also take the guided canoe tours on the Alligator River National Wildlife Refuge (Manteo). The refuge has over 150,000 acres of wetland habitats and a wide variety of wildlife, ranging from wood ducks and alligators to red wolves and black bears. Plant species include the Atlantic white cedar, bald cypress, wildflowers and a variety of shrubs. The refuge also offers hiking and wildlife trails and also exclusive fishing areas.

The horizontally striped lighthouse rises 159 feet above sea level just south of Nags Head. The base of the tower is open seasonally, along with restored Double Keeper's Quarters, which contains lighthouse exhibits and a book shop.

This place marks England's first colonization efforts. Sir Walter Raleigh's explorers and colonists established settlements in this area in 1585 and 1587. The site is the home to the nation's longest running outdoor symphonic drama - The Lost Colony. The site also has the Elizabeth Gardens, a living memorial garden to the English colonists who came to America in 1584-1587.

Elizabeth II, a 69 foot sailing vessel, representative of those who sailed to the New World in 1585 is kept at the Roanoke Island Festival Park. Visitors have to cross a narrow gang-plank and can step in to the 16th century shipboard life in motion. Visitors can experience a working settlement site, an adventure museum, an art gallery, museum store, performing arts and board walks through natural marshes.

This is the site of the world's first controlled powered flight by the Wright Brothers on December 17, 1903. This is a monument to the Wright Brothers with reproduction of the 1903 airplane, 1902 glider, living quarters and hangar and museum exhibits. There is also a 'Kite Flight' program for kids, where they can see a live demonstration of kite building and also get to fly their own homemade kites.

NC's largest saltwater facility, the 68,000 sq ft building houses aquariums ranging from 300 gallons to 28500 gallons. It houses two touch tanks, interactive exhibits, classrooms, research space, a large auditorium and a gift shop. There are nature trails and a shoreline boardwalk with observation decks and mounted telescopes. The aquarium has a variety of exhibits including river otters, alligators and striped bass. Visitors can stroke a stingray or a hermit crab at the touch tanks or watch hundreds of fish, sharks and sea turtles flash by the 35-foot long viewing window. There is also a one-third scale replica of the USS Monitor. Tourists can also get and inside look at hurricanes and nor'easters.

This is one of the world's largest Hang Gliding School and is the Outer Banks' Family Adventure Center. You can learn to hang glide over the sand dunes or try Kite Surfing. You can indulge in rock climbing. Kids programs run throughout the summer. Try parasailing and paragliding in addition to sea and surf kayak lessons.

This is the oldest fishing pier on the Outer Banks and provides a great fishing experience for the entire family. The main exhibit, 'Giants of the Sea', showcases state record trophy fish mounts and five aquariums with indigenous fish species on display.

Visitors can take a nature tour where they can catch sight of bottlenose dolphins and learn about their social and feeding behavior. You can also catch a glimpse of the fascinating birdlife of the Outer Banks including Osprey, Pelicans and many others.

Whether it is dolphin sighting or water sports or a walk on Elizabeth II, Nags Head beckons tourists with a range of activities for the whole family. So, pack your bags and proceed towards Nags Head. And if all these reasons are not enough, the fact that Nags Head was also home to Blackbeard, America's famous sea faring pirate, should act as an added incentive to head towards Nags Head. Norfolk International Airport is the closest airport to Nags Head.

You can carry home some handcrafted jewelry or antique decoys. Beach supplies are available aplenty. Feast on a variety of seafood and take in the nightlife. Vacationers at Nags Head can cruise along the beach, once they have secured a permit. This allows you to take in the breathtaking sunsets and scenic oceanfront. Another holiday activity in Nags Head is biking or skating. Head for parasailing, kayaking or snorkel around famous shipwrecks if the water adventure beckons you!