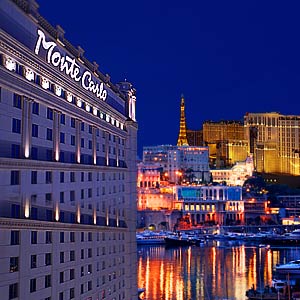 The Principality of Monaco is an independent sovereign state in the heart of the Mediterranean Sea. With its particularly mild Mediterranean climate, clear skies and cool summer breeze, Monte Carlo Monaco is a tourist hotspot.

Only minutes from Nice International airport and the Italian Rivera, the Principality of Monaco is an independent sovereign state in the heart of the Mediterranean Sea. Monaco is one of the six micro states located in Europe. Monaco is the world's most densely populated country and the second smallest independent nation. With its particularly mild Mediterranean climate, clear skies and cool summer breeze, Monte Carlo Monaco is a tourist hotspot.

Monte Carlo's exceptional location between mountains and the sea, the refreshing gardens, athletics and cultural events all the year round make Monte Carlo an ideal destination for a romantic vacation or an unforgettable holiday. Apart from the casinos, Monte Carlo is synonymous for its nightlife... one could swing and dance the night away in the discos, enjoy a ballet or opera on warm summer nights or simply take a magical stroll through this picturesque town.

The charm of Monaco lies in its sidewalk cafes such as Cafe de Paris which is next to the casino. A tourist can enjoy the beauty of the season sipping a hot cup of tea at Cafe latte or a gourmet dinner. The French coffee is particularly thick, rich and aromatic and expensive. For those with a penchant for shopping, designer stores such as Celine, Hermes, Louis Vuitton, Christian Dior, Van Cleef and Arpels offer luxury products. One can find inexpensive souvenir shops.

Don't miss the small ancient mountain villages between Nice and Monaco while traveling in the French Riveria. The photo finish views of the Mediterranean and the valleys below leaves the visitor breathless. In the Eza village, the winding walkway is highlighted with small cave shops selling exquisite handmade items for a song with handsome linen costing $300 and a jeweled barrette for only $ 8. A spice market is situated at the foot of the mountain where baskets of cinnamon and every other condiment fill the country air with their rich aroma.

Monaco offers many dining and culinary options from various international cuisine to portside cafes. A specialty appetizer is the 'barbaginan' - a mix of rice, spinach, leek and cheese. Other popular eatables are 'lite snack' sandwiches and toasted paninis, focaccia and open faced brushettas found in the Old Town of Monaco.

The Monte Carlo Casino: The Casino de Monte Carlo constructed in the Belle Epoche style of architecture by Charles Garnier is one of the oldest casinos in Europe. The neo classical white facade is adorned with fountains and gardens in front adding to its grandeur. The scene is replete with impeccable green lawns. The surprising Congress Center Auditorium with multi colored geometric garden called Hexagrace behind the Casino is a tourist's delight.

Monaco Grand Prix: Monaco Grand Prix is held annually in the streets of Monaco. Considered as one of the most prestigious automobile races in the world, this grand prix brings most demanding Formula One track with many elevations and tight corners.

Visitors can tour the Palace Great Rooms namely the Officer's Room, the York Antechamber, the Blue Room and the Throne Room which is the site of the civil wedding of Prince Rainer and his American bride. The Palace is opulently furnished with finest gilded frames and most valuable antiques on display.

The Cathedral is walking distance from the Palace. It houses the tomb of Princess Grace who met with a tragic end. The buildings in Monaco including the Cathedraland the Palace are made of white stone in sharp contrast to places like Italy where pink, gold and olive colored stucco architecture is famous. The Old Town though small in size is pleasant for walking and sight seeing. The Oceanographic Museum including Jacques Cousteau Aquarium and research institutes are other tourist spots of interest.

Fontvielle is the new industrial district built on the ground gained from the sea. This new district is land that was filled in with rock and forty meters of water to produce a platform. This area is a tourist spot with sports complex adjoining a yachting harbor. Princess Grace's rose garden with 4000 varieties of flowers is in Fontvieille.