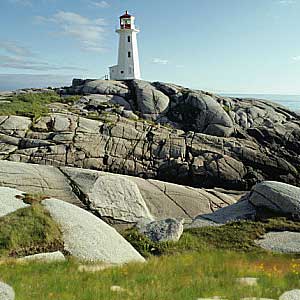 Steeped in history, rich in culture and refreshingly cosmopolitan, Halifax, the Capital city of Nova Scotia, Canada has the energy and amenities of a capital city as well as the charm and coastal village wilderness for which Nova Scotia is known. Halifax is the largest city in the Atlantic Provinces of Canada. It was in 1749 that Edward Cornwallis landed with 2500 settlers on the Chebucto peninsula and established a permanent fortified settlement. This fort was named as Halifax in honor of Lord Halifax, the President of the British Board of Trade.

The entire region of Halifax NS delights the tourist with its impressive array of entertainment, from museums and galleries to historic sites, fine multi-cuisine restaurants and colorful gardens. Take a Halifax tour and check out its lively nightlife, charming seaside towns, sun drenched beaches, sparkling coves and miles of rugged shoreline guarded by powerful lighthouses.

Metro Halifax is a commercial, educational, research and technological center of Atlantic Canada. It comprises 40% of the population of Nova Scotia. Halifax houses one of the world's greatest natural harbors and its rich maritime history is due to its strategic location. Halifax is not only a busy Atlantic seaport but a leading economic and cultural hub of Eastern Canada, a city teeming with heritage and a perfect place for a holiday vacation.

The Halifax international Airport offers a wide variety of services for those travelers arriving in Halifax. It serves about three million passengers and nearly hundred thousand plane movements in a year. Bus services from Halifax International Airport are available with several departures daily for Sydney, Annapolis Valley, Yarmouth, Truro and Prince Edward Island.

Peggy's cove: The stunning bare granite rocks and cliffs with its historic lighthouse, Peggy cove is among the most photographed sites in Canada. The 45-minute drive from Halifax is itself quite stunning. Sunsets are gorgeous and peaceful on clear summer evenings. During stormier days, when waves crash against the cliffs sending salt spray high into the air, Peggy's cove is at its picturesque best. Tourists need to heed warnings about the slippery rocks.

The South Shore: Lunenburg and Mahone Bay on Nova Scotia's south shore are widely popular with tourists. It is the home to the famous schooner the Bluenose, Lunenburg's remarkable conservation of its ship building and fishing heritage. Three charming wooden churches make a beautiful impression across the bay. Both the towns can be visited from Halifax by car.

The Annapolis Valley: This is a strong agricultural area that boasts of gentle scenery and warm coastal areas. You can buy strawberries, blueberries and plenty of apples and harvest vegetables directly from farmers. Upper Clements Amusement and Wildlife Parks are situated in this region. Do not miss the wooden roller coaster rides.

The Annapolis Royal is a small town about two hours from Halifax. It houses the Fort Anne National Historic site. This historic site has a museum detailing its ancestry. The site has been reconstructed and features costumed interpreters allowing tourists to have a glimpse of life in the early 17th century.

Grand Pre: National historic site: This is just two hours from Halifax just past the pretty town of Wolfville on Minas Basin. This site commemorates the 1755 deportation of the Acadians. There are formal gardens, church and restored 19th century blacksmith shop which are accessible seasonably for the tourist to visit.

Cape split: Blomidon Provincial Park: A popular place for those living in the valley, it provides beautiful view over the Bay of Fundy's Mina Basin with spectacular tides. There are short hills and meadows that drop sharply several hundred meters into the basin. It also has many good trails with spectacular views.

There are a number of lakes in and around Halifax. The Chocolate and William's lake which are well loved is close to the city center. These lakes are clean and quiet with nice swimming spots. Papermill Lake in Bedford is larger and also popular. Birch cove beach on Lake Banook in Barmouth are supervised local favorites for swimming. Several paddling opportunities and trails are found in Lake Banook.

McNab's island: This Island is situated at the harbors's mouth. It is easily accessible by a short boat ride on the water front. Natural habitat and three forts of historical value dating back to early 19th century are preserved here. There is guided nature and history tours with camping arranged through the department of Natural Resources.

Sherbrooke Village: Located about two and a half hour drive away from Halifax, this is an interesting trek for those interested in Nova Scotian life during the late 19th and early 20th centuries. Over 25 restored buildings affiliated to the Nova Scotia museum are open to the public here.

York Redoubt National Historic Site: The site is positioned on a bluff at the harbors's entrance. A tourist can wander about the armaments, take a wonderful view, breathe salty sea air and eventually come to Duncan's cove which is rocky, windswept and a great place to walk along the coast.

The Halifax Citadel: A must-see spot especially during the Canada day (July 1) celebrations, this old fort on hill overlooking the city and the harbor is a national historic site and home to a museum and a small ceremonial garrison.

The Public Gardens: Sparkling fountains, historic sanctuary, natural ponds, bird life and band concerts makes this as one of the finest original formal Victorian Public Gardens in North America. The winding pathways lead to a magnificent trees and shrubs and colorful flower beds in a17-acre garden.

The Nova Scotia International Tattoo: This is among the world's largest annual indoor shows held every year in July. Over 2000 military and civilian performers from around the world participate in this show. Entertainment includes marching bands, pipes, drums, comedy, singing, dancing, gymnastics and competitions. This event is rated as one of the top 100 events in North America by the American Bus Association.

Nova Scotian Crystal: This is Canada's only manufacturer of mouth-blown hand cut crystal. Each piece is individually made by master craftsmen using time honored traditional techniques. Located in the historic Halifax waterfront, visitors are invited to visit the glass works and show rooms to experience this truly creative process at work.