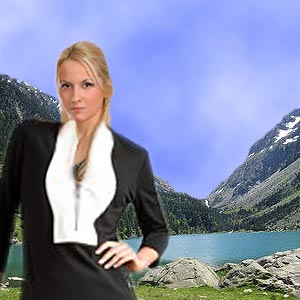 Andorra is a city-state and has no district cities. The pleasant summer climate, the winter sports, and the duty free shops make Andorra a perfect destination for the leisure traveler.

Andorra, called the Principality of the Valleys of Andorra is a tiny mountainous country at an elevation of 1023 meters, located in the eastern Pyrenees in Europe, in the Iberian peninsula. This sixth smallest nation in Europe is bordered by Spain and France.

Andorra is a tax haven and the tourist industry services an estimated 10.2 million travelers annually visiting this nation. And the people of Andorra enjoy the second highest life expectancy in the world - 82 years at birth.

The ancient pattern of life seems to exist in Andorra with herdsmen and farmers in villages clustered against mountains, striving for protection against strong winds. Life goes on in the Andorran valley with not many changes since the 13th century except for power and highway construction. A major crop in this region is tobacco. People are pious with wayside shrines abounding in the mountains dedicated to the nation's patron saint, The Virgin of Meritxell.

The capital city of Andorra la Vella is a colorful place and the greatest landmark is the Renaissance style Casa de la Val - which is the parliament building and its Gothic Church. Arinsal and La Massana offer traditional restaurants with a wide range of Spanish and French specialities. Many of the eat outs serve a 3-course meal.

There are innumerable sightseeing spots in Andorra. This oldest nation of Europe is decked with scores of churches, museums and heritage sites. Cultural tours are popular in Andorra. The pleasant summer climate, the winter sports, and the duty free shops make Andorra a perfect destination for the leisure traveler.

Some popular sightseeing spots in Andorra other than its capital city of Andorra la Vella include:

Trekking and hiking in Andorra

A trekker can scale the high peaks or enjoy the lower level waking amidst the serenity of the valleys in this Pyrenean magic city Andorra. Local hosts ensure an ideal walking holiday to the discerning traveler who does not want a rigid itinerary and prefers flexibility and variety.

Treks are organized from Arinsal - Pic de Sanfons is of medium height with difficulty on the ridge. The trekker can have breathtaking views of the valley of Tor, the lakes of Baiau in Spain as well as the Pallars Mountains.

Andorra is excellent for hiking. Visitors can go for long walks and discover the interesting hiking routes around the country. For sports lovers and those who enjoy long walks at their leisurely pace, Sordeny Natural Park is an ideal location. Andorra poses long routes such as the Juberri Sisponi, 100 km long or much shorter routes from 10 to 18 km with rest spots so that you can take a break and regroup for the long day ahead of walking.

The Refugio de Perafita, and de L'Illa, Siscaró, Coms de Jan and Coma Pedrosa are some of the trails popular with visitors.

Heavy investments in ski life systems and snow making and grooming facilities along with Andorra's reliable natural snow record has made it one of the largest and most integrated ski areas in Europe..

Andorra's ski resorts are hugely popular with more Britishers skiing in Andora than Switzerland, USA and Canada combined. Most of the resorts in Andorra have grown into ski resorts over the recent years. There are two well known areas - Vallnored and Grandvalira. Andorra is a haven for ski holidays for beginners with ski schools of excellent reputation that attract many English speaking ski instructors.

Arinsal ski area is linked by high speed cable car to the lovely tree-lined runs of neighboring PAL offering something unimaginable for every grade of skier and particularly the beginners and intermediaries. Arinsal ski resort also boasts of a lively atmosphere.

Arinsal in Andorra is a perfect place for beginners to get to grips with snow boarding. This is a great terrain for newcomers. The trees of Pal, the neighboring resorts and snowboard park in Arinsal can test the skills of even an advanced rider. Seated beside the awesome mountains, La Massana is quite picturesque with a lake on the top of the town and is an excellent setting for cruising along the endless slopes and runs.

Although there are no airports in Andorra, there are daily coach services from the airports of Barcelona in Spain and Toulouse in France. There are no train lines in Andorra but the French train station of I'Hospitalet is located just a few miles from the Andorran border. Those interested can catch the overnight sleeper train from Paris to I'Hospitalet, and take the coach to Andorra.

The third option is by car to Andorra. The roads are good in this city and can be entered from the Spanish side. However, entering from France is more adventurous with many hair pin bends. Since Andorra is at a higher altitude, the cars would need to work harder to cope with the rarified atmosphere. And the black ice and snow drifts at Andorra can be colder than the sea.

Andorra with its impressive mountain crests to almost 3000 m is studded with glittering jewel like glacial lakes and scenic valleys below. Here is a state that affords an almost endless wealth of walking trails to suit most travelers.