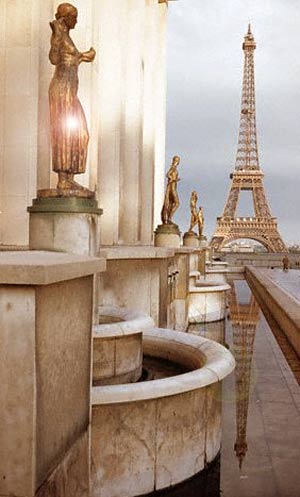 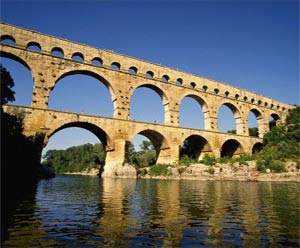 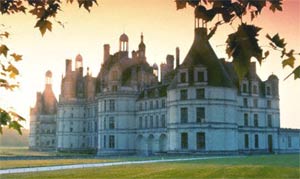 Experience the flavors of traveling to France. Take in the world-famous sights of Paris. Enjoy the joie de vivre that only France can offer!

Coffee and croissants on a Parisian sidewalk café. Food that is rich with wild herbs and olive oil with Bordeaux wine to wash it down. A land that offers more than 300 varieties of cheese, French cuisine is well known. France continues to be the main wine-producing nation of the world.

Travel to France not merely to savor the cuisine but to take in the verdant vineyards, majestic châteaux and a cultural heritage that goes back a few thousand years. Paris continues to be the glittering fashion capital of the world and attracts thousands of visitors each year.

The French countryside is relatively flat. Bounded on the east by the Alps and the Rhine River, the country is called L'Hexagon on account of its six-sided shape. The Loire valley in France is a quiet and picturesque landscape dotted with great castles of the medieval times. The Alpine slopes offer visitors traveling to France a skiing holiday of a lifetime.

The ski towns of Chambéry, Annecy, Chamonix and Grenoble are well known. The South of France or the Riviera is a major attraction. The temperate weather, good food and nightlife bring hordes of tourists here. A trip to Nice in France allows you to sample a blend of French and Mediterranean cuisine. Fresh seafood tempered with an influence of North Africa lends a unique flavor to the local dishes.

The Cote d'Azure is famous for its cheeses and seasonal ingredients. Northern France characterized by sandy beaches and quiet little harbor towns of Normandy and Brittany and is famous for Bordeaux, known for its wine as well as eighteenth century architecture. France is host to many festivals - music, dance, theatre, cinema and art events throughout the year. There are many rural fairs and fêtes that involve enthusiastic singing, dancing and firecrackers.

The city of Paris lies on the sleepy Seine River. You cannot help but fall in love with it. With its romantic ambience and seductive old-world charm, a tourist to Paris is sure to be mesmerized by it. A cruise down the Seine would take you through the famed Cathedral of Notre Dame and allow you to admire other beautiful monuments of the city.

The Notre Dame on the Isle de la Cité is one of the world's famous Gothic masterpieces. The Louvre Palace was a medieval fortress of the kings of France. Today this architectural wonder is a museum of repute. Housing famous works such as Leonardo da Vinci's enigmatic Mona Lisa, the Louvre is a tourist attraction in Paris.

Take a walk down the Champs Elysées to peek into the chic haute couture houses such as Yves St. Laurent and Pierre Cardin. Traveling to Paris, the fashion capital of the world is a shopper's paradise. You can take home fashion clothing and accessories, perfume, cosmetics, wine and liquor.

No trip to Paris is complete without a trip to the Opera or a climb up the Eiffel Tower, which is the signature landmark of Paris. Take in Paris by night and watch the famous Moulin Rouge. The famous Cancan girls with costumes of feathers, rhinestones and sequins set the stage afire with show stopping acts set to music and choreography.

The Arc de Triumphe and Place de la Concorde are a must-see on anyone traveling to Paris. The famous palace of Louis the Fourteenth at Versailles is undoubtedly one of the most beautiful in Europe. The serenity of the place coupled with the splendor of the palace and the magnificent gardens lends an ethereal air.

Travelers to France can connect to Paris or any of the other major hubs namely Bordeaux, Lyon, Marseille, Nice, Strasbourg and Toulouse. With the completion of the Channel Tunnel in 1994, the modern Eurostar rail service has made traveling to the continent from Britain quick and simple. The hovercrafts and passenger ferries between Calais and Dover are popular. The Parisian Metro and the French TGV Travel to France and experience true joie de vivre.