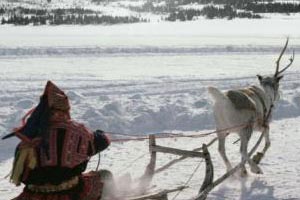 Helsinki Finland is well connected by flights from major centers of the world. A trip to Helsinki promises to be an exhilarating experience, snow-laden scenery, enjoyable flora and fauna and more!

Helsingfors, the official Swedish name till date is the actual name of modern Helsinki. Helsinge has a Swedish origin and means surrounding parish and fors too has a Swedish origin meaning rapids. Helsinge is assumed to have come from the folklore of the Swedish and is the origin of the Finnish name Helsinki. Helsinki, the Finnish name is better known among the rest of the world.

Acclaimed to be the international gateway of Finland, Helsinki is the major hub for business, fashion, entertainment, medicine, finance and media. An experience to be cherished by the traveler himself in a city delimited by the sea and its own structural designs - learn !

An inimitable city, steeped in 450 years of history makes travel to Helsinki Finland interesting and remarkable. The taste of Russian, German, Swedish, Finnish cultures is evident. Helsinki has a lot to offer in terms of art, design, architecture, museums and family attractions.

Suomenlinna maritime fortress: Founded in the year 1748, this is one of the largest sea fortresses in the world. It is situated on an island off the coast off Finland and is open all year through for visitors. No entry fee is charged for entry into the island, guided tours are available.

Senate square: The senate building and the adjoining buildings of this area are examples of neo-classicism at its best. Three buildings designed between 1822 and 1852 namely the Cathedral, the Government palace and the University adorn the crown of this place. The Cathedral is open from 0900hrs to 1800hrs in winter and from 0900hrs to 0000hrs in summer.

Sea life in Helsinki: A stopover in the Baltic Sea while traversing from the tropical ocean to the Arctic Ocean is the main attraction of sea life in Helsinki. Crabs, starfish, sharks and rays have made this part of the sea their home and discovering each of them is a pleasure. For the curious traveler, stepping into the ocean tank through a transparent tunnel is a fascinating experience. Entry timings and rates are fixed as per the season.

Uspenski Cathedral: One among the largest orthodox churches of Western Europe, this Cathedral was built in the year 1868. This church speaks of the Russian influence on the Finnish with its prominent golden cupolas and redbrick frontage.

Korkeasaari zoo: From animals of the tropical rainforest to animals dwelling the arctic tundra, you can find them here. This zoo is also one of the oldest zoos in the world and came into existence in the year 1889. 1000 plant species and 200 different animal species are found in this zoo, including endangered species of both plants and animals.

Ateneum art museum: Largest collection of paintings, watercolors, drawings, sculptures and graphic art can be found here. The Finnish collection dates back to the 18th century and rest of them from the 19th century onwards till the 1960s.

Temppeliaukio church: This church is the main tourist attraction of Helsinki as it is carved out of natural bedrock. The inner walls of the church are formed naturally by the rock. The excellent acoustics of this church have made this place famous for concerts.

National museum of Finland: This museum houses collection of major archeological, chronological, numismatic and ethnological discoveries. The collections are over 170 years old.

Accommodation is available aplenty in Helsinki; hotels are available both in the city center and outside city center. Apart from hotels, travelers to Helsinki can find hostels, apartment hotels and camping sites. Restaurants in Finland offer both Finnish and international cuisine.

Helsinki is well connected to the rest of the world by air. There are about 120 international flights that land into the Helsinki airport everyday. The airport is at Vantaa, about 20 km from the main city and can be reached by car or the shuttle. Helsinki is also well connected by rail to all places in Finland; there is a daily train service to Moscow too. Ferry services are available from Estonia, Sweden and Germany on a daily basis.

Travel within Helsinki is very simple, the public transportation system is rated the second best in Europe. There are trams, buses and even ferries to get around. Ticket wending machines are easily accessible and for travelers who love to explore the city by foot and cycle, Helsinki is just the right place.

Helsinki enjoys distinct types of climate - summers that are warm and full of sunshine, winters are cold and snowy. Summers are from April through September and July is the warmest month. Temperatures in summer can reach a high of 30 degrees and a low of 15 degrees centigrade. End of June, Helsinki experiences around 19 hours of daylight between sunrise and sunset.

Winters begin from November or early December. The first snow that sets in gives the experience of stepping on to a clean slate of white. Temperatures hover around -4 degrees centigrade between December and February, though end of January can be the coldest with temperatures falling down to a low of -15 degrees. With the sea frozen, Finland presents a picture of a spotless white blanket.


Top of the Page: Helsinki Finland