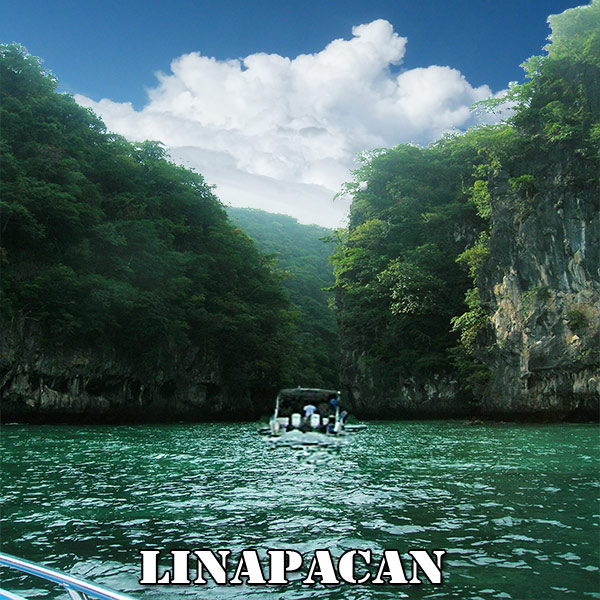 Linapacan Islands are completely off the tourist radar, but with excellent snorkeling at your doorstep, economical accommodation and seafood to boast of and with ruins of an old Spanish fort to explore.

Palawan Philippines is known as the 'Last Frontier'. With its turquoise waters and limestone cliffs, Palawan is the Mecca for nature lovers and those who want to get away from it all.

One of the most renowned sites of Palawan, Linapacan Island is often dubbed as having the clearest water to swim worldwide. Definitely one place that cannot be missed while in the Philippines, it has some of the world’s beautiful beaches, islands and diving spots.

While the American news site Daily News Dig came up with a list of '35 Clearest Waters in the World to Swim Before You Die' Linapacan Island took the top spot. The island has just a population of 14,180 people (according to census few years ago) and is a remote province and home to many beaches with super clean water.

As home to Puerto Princesa Underground River, Palawan is one of the seven wonders of nature. Overshadowing even the globally-famed Maldives and To Sua Ocean Trench in Samoa, Linapacan waters are so clear that one can see even the toenails submerged deep in the waters.

The shores in this region also boast of the whitest of sands, comparable to those of Boracay. Linapacan islands are quiet, tranquil and hence a soulful beach holiday paradise for those who wish to enjoy the calm wonders of nature.

Getting to Linapacan islands

There are direct flights from Manila or Cebu to Puerto Princesa, Palawan. From there, buses ply to El Nido and thereon by boat ride to the islands. From Manila, travelers can take a ferry to Coron on scheduled days and from Coron another boat ride will have to be taken to San Miguel, Linapacan. Boat rides typically take about 4 hours. Hidden islands are more difficult to access and travelers wishing to explore remote parts of the region will have to join eco tours.

Accommodations in Linapacan are rather easy though there are not many specialty lodging available. Ariara Resort in Ariara Island named as a top vacation spot couple of years back by Vogue and Dory’s Store and lodging in San Miguel offer affordable air-conditioned rooms, basic meals and eco tours or island hopping arrangements.

The Eco friendly El Nido Palawan has a range from cheap backpacker style hostels to new and clean designer houses, to pricey high end island resorts and everything else in between. While most tourists prefer to say in town, there are other areas worth considering.

As there are no restaurants or carinderias in San Miguel, it is better to settle for good home cooked Filipino food – a plate of plain or garlic rice for breakfast, with eggs and a choice of meat, coffee. Lunch could be rice, whole fried fish, whole steamed lapu lapu fish, plate of mixed vegetables, and fried chicken with cold beer.

Spaniards, who came in the 16th century, built a fortress called Caseledan Port and Eli Port to protect themselves against Moro raiders. In 1954 when the islands of San Miguel, Cabunlawan, Nangalao, Decabaitot, Maroyogroyog, New Colaylayan, San Nicolas, Calibangbangan, Pical, and Barangonan were separated from Coron, the town of Linapacan was formed.

Linapacan is a medium sized island in the Calamianes group with fifty two islands, and it is located between Coron to the north and the Palawan mainland to the south. It is politically subdivided into ten Barangays, six of which are island Barangays while four are on the main island of Linapacan including Barangay San Miguel. It has a total area of 195.4 kilometers and is approximately 165 nautical miles from Puerto Princesa city.

Perhaps one notable attraction other than the beaches in Eli Cave is an island karst that has formed into rigid walls and limestone pillars. When lit over by a lamp, the sides of the cave actually illuminate into virtual stars. Linapacan is surrounded by several tiny islets, and island hopping is a prominent activity for tourists. Lessons in fishing, snorkeling and diving sessions for guests are famous here.

Snorkeling can be done at the marine reserve just off the pier at San Miguel, the main town on Linapacan. Shallow at first, with sea grass and small coral growth, starfish and an area of dead coral and then some good coral formations can be seen. It is marine life that makes this place special. Eels, large barracuda-like fish, pipe fish, plenty of colorful tropical fish, including schools of batfish, ribbon fish are found aplenty. The long white sandy beach on Patao Island is less than a kilometer across San Miguel, so fit for snorkeling.

Another good place to snorkel is behind the cemetery on Elli Island, an exciting channel to the main island. At this strategic place it is possible to climb the rest of a Spanish watchtower. A discerning tourist can discover some caves along the coastline and a bigger cave for exploring behind the southern part of Elli Island.

Enjoy the Great Island hopping, including trip to the ruins of old Spanish fort, good beaches and some caves to explore. It is easy to hire a banca to go island hopping, and costs vary depending on the size of the boat and distance traveled. The waters are so clear and any tourist will be able to catch a large crayfish by hand amidst the old ruins of the 18th century Spanish fort at Caseledan, very much overgrown by vines with only the walls and a well remaining.

Hiking is another good activity at Linapacan as there are no cars outside San Miguel. Two beaches further north on the coastline could be one destination. A passerby can see plenty of cashew-nut trees on the way to Sitio, another small village.

For scuba diving off the edge of the map and exploring a pristine tropical paradise, Palawan is just the right place. While the island’s capital Puerto Princesa has gained international recognition for its environmental programs, the adventures awaiting the tourist outside the city are just as alluring like the Subterranean River, National Park, Tubbataha Atoll coral reef, the beaches and limestone-karst cliffs of the Bacuit Archipelago.

Linapacan lies in the northwest of the long Palawan main land. Since there are no public boats anymore, one has to make an adventurous journey in small overloaded bancas of locals. Beware of strong winds while deciding to take a trip outside Linapacan Strait, and there could be high waves which could be scary.

Other island jewels of Palawan

The other village to arrive is Maroyogroyog, a one hour boat ride from San Miguel in deep bay at the north western part of Linapacan. Stay can be at the big private boat on the pier. Several island jewels like Patoya, Elli, Mephdet, Ariara, Inapupan are closer to reach from here.

Patoya, on the opposite side of San Miguel, is full of sand beaches and can be reached without much risk. Walking up the mountains can give a good view of the landscape.

Ariara and three nearby islands are privately owned by business corporations and there are high end resorts here.

Inapupan is about half hour from San Miguel and it is necessary to take a closed banca to reach here due to strong waves. Dream beaches and an original fishing village are waiting to be discovered.

Cagbatan has a nice beach but the island again is surrounded by high waves, and snorkeling could be better.

Elli and Mephdet are situated south of San Miguel. Caves and ruins of Spanish watchtower, deep channel to the main island of Linapacan are good for swimming and snorkeling. Excellent beaches can be found on the eastern coastline of the islands.

Tourists traveling to Linapacan must be aware of the weather which will be very hot or a strong wind could be expected. There is no hospital or doctor on the island. Energy is available from 6 O’clock evening to may be 2 O’ clock in the night. It can also be tricky to plan as information and communication could be challenging although it is getting better.

If you are a party animal, looking to laze on the beach with drinks or a shopaholic, then Palawan is no place for you. This is an island completely off the tourist radar, but with excellent snorkeling at your doorstep, economical accommodation and seafood to boast of and with ruins of an old Spanish fort to explore – plenty of island hopping, boat rides, long sandy beaches and crystal clear water – with sunny and hot weather - this is Linapacan in a nutshell.