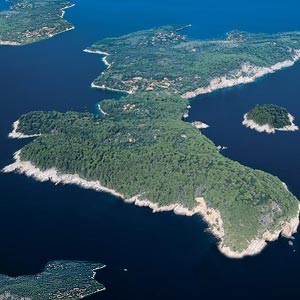 Holidays in Lanzarote can be fun; as there are numerous beaches, surfing sites, lively resorts and sandy coves. Lanzarote Canary Islands is famous for the longest Volcanic Tunnel in the world.

Lava and ashes transformed into providential homes - Lanzarote, is an island located in the heart of the Atlantic Ocean. Popular as the Isla de los Volcanes, 300 volcanic cones are scattered across Lanzarote. Created 35 million years ago by the canary hotspot, Lanzarote is volcanic by origin. A Spanish island, Lanzarote is situated in the easternmost part of the Canary Islands and is the fourth largest island among the Canary Islands. It is located about 80 miles off the coast of Africa.

Lanzarote is a very small island but it has so many attractions that you cannot cover the entire place in one holiday. Nature has bestowed upon Lanzarote few of its best artworks; the rest was left in the hands of Cesar Manrique. Cesar Manrique, an artist, played a crucial role in planning and designing the entire island of Lanzarote.

What to see in Lanzarote

The Cave of Los Verdes:

The Cueva de los Verdes or Green Caves form a small part of the Atlantida underground Cave system. This was formed about 4000 years ago during the eruptions of the Corona Volcano. The tunnel is more than 6 km long and further stretches for about 1.6 km under the sea. This is longest Volcanic Tunnel in the World (the underwater section has not been fully explored). Only about 2 km are open to the public.

El Golfo:El Golfo (Charco de los Clicos) is a semi-circular volcanic Crater filled with Sea-water, the water filters in from the black sand that divides the lagoon from the sea. Almost half the crater has already been eroded by the sea. The algae living in the water contributes to the color of the Green Lagoon. The black sand beach and bizarre rock structures along with the green lagoon are spectacular.

The Cactus Garden: The late Lanzarote Artist Cesar Manrique designed the El Jardin del Cactus garden with an amazing collection of Cacti. These cacti were chosen by Botanist Estanislao Gonzales Ferrer, this garden displays around 1000 species of Cactus.

Jameos del Agua: 'Jameo' means a volcanic cave with a wrecked roof. César Manrique, an artist born in Lanzarote had a great role in converting these natural 'jameos' into a swimming pool, auditorium, gardens and restaurants. These modern facilities blend well with the adjoining volcanic settings. The natural auditorium has a seating capacity of 600 and is prominent for its brilliant acoustics. Regular shows are conducted at this place. The underground salt water Lagoon, Jameo Chico, is home to a species of blind albino crab, this species of crab is a hard to find variety.

Casa Museo y Monumento al Campesino (The House and Monument to the Farm Labourer): The museum and monument were constructed as a mark of respect to the local farmers since they followed a special method of cultivation for centuries together. The restaurant there provides conventional Canarian food; local crafts including traditionally made local pottery are sold in the gift shop.

Mirador del Rio, Lanzarote: Visitors visiting this place can capture stunning views of the Chinijo Archipelago, made up of La Graciosa, Montana Clara and Alegranza as well as the islands of Roque del Este and Roque del Oeste.

Guinate Tropical Park and Penguin Paradise: Guinate Wildlife Park is situated at the base of Mount Corona, in the northern part of Lanzarote. It is a dead volcano and is one of the highest points of the island.

Lanzarote aquarium: This aquarium is the biggest of its kind in the Canary Islands. The biological collection comprises of native fishes from the Canary Islands, like the triggerfish, golden fishes and gorgeous tropical fishes.

Castillo de San Jose, Arrecife, Lanzarote: The Castillo de San Jose was built in 1799 to guard the Harbor from pirate attacks. It was used by the military until 1890 and later remained vacant until 1974. César Manrique transformed it into a Modern Art Gallery and Restaurant, the Museo International de Arte Contemporáneo.

Timanfaya National Park:These Mountains formed when over 100 volcanoes ravaged this part of the island. The final eruptions were in 1824; in 1968 the region was declared a national park, Parque Nacional de Timanfaya.

The Cesar Manrique Foundation: This place speaks of Manrique's best work and his artistic and special principles. Cesar Manrique's house was built in 1968. It is believed that had it not been for Cesar Manrique, the Island of Lanzarote would not have looked like what it looks today. He ensured that no building is higher than the tallest palm tree and also made sure that all the houses should have identical colors.

Hotels, villas and apartments are the major types of accommodation available in Lanzarote. Tariffs for single bedroom apartments begin from 180 Pound Sterling per week upward. Luxury villas cost about 235 pounds per person. Apart from these, there are aparthotels and farmhouses that can accommodate tourists. Visitors planning to visit Lanzarote during summer should stay in seafront locations; the breeze and weather combine to make your stay a great experience.

What to do there

Holidays in Lanzarote can be fun as there are numerous beaches, surfing sites, lively resorts and sandy coves. The temperate and arid climate is ideal for sunbathing and swimming. Water sports like jet skiing, surfing, windsurfing, diving and body boarding are popular in Lanzarote. Go-karting and golf is equally popular, people who do not enjoy sports can visit the mountains and grab magnificent views of the ocean and the island, a trip to the caves is equally fun.

Shopping is a different and unique experience. Lanzarote has a sub-desert climate; dry and mild through the year. The temperature never dips below 16 degrees during the day and 10 degrees during the night. August is very hot while January is very cold; rainfall is in between September and May.

Teguise was once the capital of Lanzarote. Tourists are attracted to Teguise Market - the town being about 500 years old and packed with history. Taking a stroll across this town transports tourists to a traditional Spanish village. Sunday market is famous here and the market is flooded with hundreds of stalls. Local bars open up in this area and are prepared to serve tourists with drink or food right from the morning until the market closes.

In Arrecife, nightspots can be found on the main street, Calle Jose Antonio, and in the town. The ambience is usually Spanish during the evenings. Nightlife is very busy in the resorts of Puerto del Carmen. Places like Playa Blanca the Centro Comercial Punto Limones close to the port also have an active night life.

The traditional food of Lanzarote is fish, dishes like 'Pescado a la sal', fish baked in salt, and 'Sancocho Canario', a stew made with dried fish and potatoes is well-liked and available in almost all the restaurants. These dishes are served with calamari, fresh tuna steak, octopus and other Spanish sea foods. Papas Arrugadas are creased potatoes boiled in sea water, they are served with Mojo, a traditional Canarian Sauce that is made with garlic and herbs or paprika.

Puchero and Potaje are stews that are made from chickpeas, lentils, vegetables and meat. Gofio is a porridge that is made from maize and is served in several ways. It is either served as an accompaniment to soups and other dishes or is sweetened to be served as dessert. The local wines should also be sampled when you visit the island.

Playa Chica is a scenic and gorgeous beach. Papagayo is supposed to be a very attractive beach and is located in the South of the Island near the resort of Playa Blanca. The beaches of Famara and La Santa, in the West, are excellent places to surf and go body boarding.