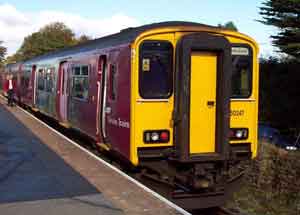 This detailed guide of tourist information about Cardiff gives you a bird's eye view of the Welsh capital. Take in the spectacular natural beauty and ancient architecture alongside modern malls and arcades.

Cardiff, the capital of Wales is a popular European capital city and tourist destination. It is an exquisite city blend of the old and the new - a busy commercial city with a striking city center and tourist attractions ranging from the historic cathedral to the contemporary millennium center. The city of Cardiff is located on both banks of the river Taff where it meets the Bristol Channel.

A visitor to Cardiff will be enthralled by the many sculptures and elegant architecture that dot the redeveloped waterfront. Collect Cardiff tourist information about the National Museum of Wales, Llandaf Cathedral and Welsh Folk Museum. The Cardiff Castle occupies pride of place with its Welsh Regiment Museum and Queen's Dragoon Guards Museum that are housed within its premises.

Cardiff is a university city, with thousands of students bustling around. The University of Cardiff boasts of one of the largest and most active students' unions in the country. No tourist information on Cardiff is complete without mentioning the various cultural events that the city celebrates. The summer street festival 'Music in the Bay' and other festivals draw tourists to this Welsh capital. Cardiff is also developing rapidly into one of Europe's finest maritime cities.

The year 2005 saw Cardiff celebrating its 50th year as the capital of Wales and its centenary as a city. Join us in our exploration of this beautiful city with its fairytale castles, breathtaking mountains, verdant valleys and picturesque coastline. Find out where you can stay, what the weather in Cardiff is like and the prominent tourist attractions. While in Cardiff, do not miss the modern shopping malls and Edwardian arcades.

A look at the city map of Cardiff will show you its location in southern Wales, at the mouth of the rivers Taff and Ely on the Bristol Channel. Arm yourself with a detailed Cardiff street map and you are all set to explore this Welsh capital. Take a look at the map of Cardiff and you will find the city is divided into two distinct parts. The port area is now known as the Bay. The trendy waterfront area of Cardiff - The Mermaid Quay on Cardiff Bay offers entertainment venues. The tourist map of Cardiff acquaints you with the topography of the region - mountains to the north and the sea to the south.

Look up Caroline Street on the Cardiff street map. This area around St. Mary Street and the Hayes is known as the Chip row or Chip Alley, famous for the fish and chip and kebab shops that line the streets. Spot out the traditional commercial area with its Victorian shopping arcades on the tourist map of Cardiff. Most street maps of Cardiff point out the major venues in the city such as the Cardiff International Arena, Cardiff Civic Center and Cardiff City Hall.

Cardiff Castle: The Cardiff Castle was founded by the Normans in 1091 and has been an important landmark in Welsh history. The earliest structure of the Cardiff Castle, a wooden stockade, was built by Robert Fitzhamon in 1090. Over the centuries, the Cardiff Castle fell into the possession of many noble families. The brilliant architect William Burges was employed by the 3rd Marquess of Bute to recreate a noble castle of the middle ages.

This resulted in the magnificent Castle at Cardiff, one that stands as an example of Gothic Revival. In 1947, the Cardiff Castle was handed over to the city of Cardiff. The traditional Welsh Banquet at the Cardiff Castle attracts many tourists. At a price of £31.50 per person, visitors can enjoy an evening of food, wine and traditional hospitality. You can find peacocks, ducks and geese on the castle grounds. Enjoy an afternoon tea or light lunch in the Castle tearooms.

Llandaff Cathedral: You can find this cathedral in the suburb of Llandaff, two miles away from the city of Cardiff. Nestling in a grassy hollow near Llandaff Green, the cathedral is located on the site of a 6th century religious community founded by St. Teilo. The Llandaff cathedral is built in a hollow on a site that was probably the scene of ancient Celtic worship. The cathedral is dedicated to Saint Peter and Saint Paul and also to three Welsh saints- Dyfrig, Teilo, and Euddogwy.

Cardiff Bay: The Bay has spectacular buildings, which include Millennium Stadium and the Millennium Center. Millennium Stadium is the international sports village and the Center is the cultural hub of the city with exciting plays and operas. You can avail Bay Cardiff tourist information at 'The Tube' - a structure that is well known for its tubular design. You can find a scale model of the bay here that will help you navigate through this area.

The Cardiff Bay Barrage, which stretches for a kilometer across the mouth of the bay, has also been revived recently. The local activities include Bay Island Voyages, a unique combination of high-speed adventure and close encounters with the local wildlife. The bay also has waterbus services that enable visitors to enjoy the waterfront developments from the comfort of fully enclosed 50 seat boats. The Cardiff Bay also has exclusive Victorian structures such as the Pierhead, where you can find futuristic and lively exhibitions. There is also a Norwegian Church that belongs to the 18th century.

Castell Coch: A late 19th-century fairytale-style castle, the Castell Coch was rebuilt in the 1870s, designed by William. The actual castle was probably founded by a Welsh Lord in 1240-65, who used red sandstone extensively hence giving it the name 'Red Castle' or Castell Coch in Welsh. It stands upon a platform atop the gorge of the River Taff and was protected from the higher ground by a deep dry moat. The walls of Castell Coch are over 3.3m thick.

The castle has a drawbridge, portcullis, a lovely courtyard and its interiors are well decorated. The castle dons a medieval look from the exterior but the interiors are richly decorated. Tourist to the Castell Couch are held spellbound by the dazzling ceilings, the scenes from Aesop's Fables on the walls, the bird and animal moldings around the doors and the exquisite furnishings and fireplaces.

St David's Cathedral: Built upon the site of St David's 6th century monastery, the Cathedral has been a site of pilgrimage and worship for many hundred years. It is believed that St David was born here. St David's was built as a Catholic Church in 1887. It became a cathedral and seat of the Roman Catholic Archbishop of Cardiff in 1916. St David's has large number of tombs and effigies lining the aisles of the Cathedral. Most are the tombs of the past Bishops of St David's and effigies of notable Welsh figures. Bishop Henry Gower, the builder of both Cathedral and the Bishop's palace, has a prominent effigy.

St David's Hall: The national concert hall and conference center of Wales. The hall is the venue for the Cardiff Welsh Proms, the world-class Orchestral Concert Series featuring World's top orchestras, soloists and conductors and the famous bi-annual Cardiff Singer of the World competition.

St David's Hall presents a multitude of live entertainment including pop, rock, folk, jazz, rhythm and blues, comedy, children's shows, lunchtime concerts, musicals, light entertainment, dance, world music, films and classical music. However, St David's hall Cardiff is more than just a concert hall. It is the best place within Wales to meet for coffee, lunch or celebrity meal since it offers a wide range of restaurants and bars.

Warwick Castle: This is one of Britain's greatest medieval attractions. The castle is over a thousand years old and has been well maintained. Many forms of medieval entertainment are staged at the castle throughout the year for the tourists.

You can find all kinds of accommodation in Cardiff ranging from luxury hotels to budget and cheap hotels, bed and breakfasts, guesthouses, private apartments and villas. Cardiff hotels are spread across the city center and bay area. You can find rooms here for as little as £21 per day. Cheap hotels in Cardiff offer rooms between £30 and £88 per day. You can find most of these hotels within the city Centrex and in the bay area. Bed and Breakfast accommodations include small inns and travel lodges, which provide you with simple and comfortable rooms along with breakfast.

Boeing 747s will take care of the peak-season rush. This will save the bother of traveling to Gatwick, Heathrow or Manchester to fly to Orlando. There are various packages available, including flights, hotels and full package holidays. Ryanair offers shuttle flights between Cardiff and Dublin for just about £15. Air Wales (Awyr Cymru) connects Wales with regular flights from Cardiff to various locations in the UK and Dublin and Belfast.

In Cardiff, the climate is milder than in northern parts where there are extremities. There are four seasons in Cardiff. Whilst you are in the UK, you will experience many weather conditions throughout the year. Cardiff sometimes experiences snow, but this is rare due to proximity to the coast. Cardiff is particularly busy during the summer months - from April to September when the tourists can enjoy a mild tropical kind of climate. The city is at its quietest from January to mid-March, when the weather is at its coldest. The hotels in the Cardiff area reduce their hotel rates in an attempt to attract more tourists to the city of Cardiff.

Many tourists do travel to Cardiff City during the winter months, to enjoy Cardiff's Christmas festivities and shop at Cardiff's numerous shopping centers. Cardiff's weather can be quite unpredictable at times, like the typical British climate. The winter months of Cardiff are the wettest months in Cardiff.

Tourists visiting Cardiff during these months must arm themselves with an umbrella. Tourists swarm to Cardiff city during spring as the weather is ideal during the months of March, April and May. Be prepared for the odd rainy and windy days. Revel in the riot of colors that Cardiff offers you in its bountiful natural parks. The best time of the year would be from the months of April to September.