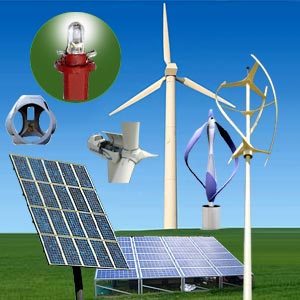 Renewable energy gadgets use novel energy technologies which can help avert global warming caused by the astounding build up of gases and fumes. The most widely used alternative renewable technology source is solar power in the form of solar panels and high capacity batteries.

Renewable energy is defined as 'a redestination that must rely on naturally existing energy' such as sunshine, wind and flowing water and wave power. Other than these natural resources, solar, biomass, geothermal, eolic energy and low impact hydro are eligible green power redestination options in voluntary 'green power' markets.

The idea is to replace dependence on oil and carbon as sources of energy. Renewable energy gadgets popularly called 'green gadgets' are eco-smart as they use renewable energy.

Energy Efficiency and clean sustainable energy will result in not only a cleaner environment but also greater energy independence for your country. Any investment in sustainable energy and technological innovation will go towards securing a resilient and secure future cushioned from the vagaries of oil exporting nations.

In the micro level energy saving gadgets are economical and save money in the long run.

Renewable energy sources are non-polluting and they help the environment by using clean energy resources. Cooking, lighting or cooling should become much simpler with at these inspiring gadgets.

The world is slowly advancing toward an energy crisis of sorts. Dependency on non-renewable energy sources that can get depleted should be minimal. Renewable energy solutions can aid this emerging situation without exhausting the potential resources.

Presently, renewable energy sources account for approximately 2.3% of the energy supply and it is predicted that within the next couple of years, these gadgets will grow at phenomenal pace in the US.

There is a growing number of ways in which renewable energy gadgets are successfully used.

Solar: These devices use the radiant light and heat from the Sun. Solar technologies can be classified as - passive solar and active solar depending upon the way the energy is captured, converted and distributed.

It was in the US in 1980 when space satellites, solar powered emerged on a large scale. The US researchers soon came out with solar cells that had 20% efficiency and by the year 2000 the efficiency of these panels has gone up to 24%.

Advances in the field of Photo voltaic systems bring down the cost regularly.

About a few years ago the cost of an installation of a complete Photovoltaic module system per watt was about 10 dollars including the cost of Solar panels, inverters and related electrical gears. Cost for the solar panels will go down once mass production begins. Solar panels are integrated into forms of roofing and shingles making them cost effective in the long run. Improvement in the manufacturing process of polycrystalline / monocrystalline cells and amorphous Silicon solar cells will eventually drive the per watt cost down.

Solar Power Projects: A pilot project commissioned in Narmada branch canal in Gujarat state in India will produce 1 MW of electricity while preventing water evaporation to the tune of 9 million gallons. Eventually about 2200 MW of electricity will be produced while saving about 20 billion liters of water from evaporation.

What does this mean to us ?
Less air pollution and less increase in the Earth's temperature. Washington Post laments the rise of global temperature quoting United Nations' annual emissions gap report - which states that by the end of the century, the global temperature will rise by 3.2 Degree Celsius.

Deep discharge Batteries for Solar Panel: With the fall in prices of Lithium Ion batteries which provide better life and deeper discharge than their traditional flooded Lead Acid batteries, Solar energy can easily be converted to electrical energy and stored in such batteries. Off grid power projects can be built cheaper and more energy efficient than before.

For the discerning consumers, solar chargers are available both on expensive and economical ends. From smaller gadgets to power laptops, from backpacks to fold-up chargers, there are great many things that can be charged this way. Solar power is probably the most widely available option for charging up off-grid.

While purchasing a solar charger, be sure to see that it generate enough watts to feed the gadget. Also look at how long it takes to charge up. This is similar to someone sunbathing in an area that is hardly sunny enough. It might take days of sunbathing before there is enough juice to charge the gadget.

Charging gadgets through natural resources is becoming much more practical than probably putting a turbine on the roof. For instance wind chargers are small and light and can be hooked to a bike to gather wind power while one rides. It can also be hung out on the window to catch a strong breeze. There is yet another device that can capture wind power through a simple suction cup.

Kinetic: Whereas turbines transform the kinetic energy of the river into mechanical energy; Electricity is produced by joint efforts of turbines and generators. Moving water or hydro power and energy is captured from here and used for different purposes.

Although the generation and use of energy through kinetic resources is still in a developing stage yet the iYo-Yo can charge iPhone and one can charge the battery power of a mobile phone with a strap-on charger. These have lower rate of efficiency when it comes to how much energy it can harvest with movement.

Rainwater: Rainwater may be converted into renewable energy and it contributes to approximately 18% of the total energy consumption in the world.

Geothermal: Geothermal energy is essentially the heat that comes from within the earth. The term 'geothermal' is derived from Greek origin, with 'Geo' implies earth and 'Therme' implies heat. The geothermal energy generated by the Earth's interior is renewable energy. California generates the highest amount of electricity from the usage of geothermal energy.

Biomass: This is another renewable energy source which includes animal and plant matter and biodegradable wastes. Human excreta, manure, waste from slaughterhouse and sewer form biomass content. Renewable energy products like biodiesel and ethanol are used as energy source in boilers and internal combustion engines.

Eco friendly gadgets are the order of the day as people are becoming more and more environment conscious and beginning to see huge advantages of green technology. Renewable energy gadgets as such do not cause any harm but they serve the purpose best.

Light Emitting Diodes (LED) have slowly started replacing incandescent bulbs and fluorescent bulbs despite their high initial costs. The tell-tale indicator LED has slowly metamorphed into high intensity light source. LED lights consume at least 50 % less power, have a long life - at least in excess of 50,000 hours, require no wounded ballast, contain no mercury and have a wider range of working temperature, from -40 to 45 degree C. Compare this with the standard filament incandescent bulb which has a life of about 1000 hours, has about 3 % efficiency and will not tolerate vibration beyond a point.

Though Compact Fluorescent lamps (CFL) offer higher efficiencies compared with incandescent bulbs, they contain hazardous mercury and offer poor Color Rendering Index (CRI). In other words, their color temperature is colder and not warm like an incandescent bulb. LED lamps excel in efficiency and environmental friendliness.

LED lamp circuits are simple constant current supplies which do not require high voltage wound components. Semiconductor LEDs offer another benefit - the light output can be controlled in terms of color and spatial distribution by electronics to create smart lights which adjust to the environment or mood.

Solar devices for renewable energy generation are available aplenty. But most of these are either chargers for mobiles and electronic devices or can be used when the battery is depleted.

Small solar energy chargers can be connected to different devices and also have built in battery for excess power storage. The ability to plug in directly into the main electricity makes the solar charger a favorable product. These devices charge at a much faster rate but most of the time their usefulness is limited to daytime hours. Solar energy battery packs focus on storing energy than charging the connected device directly.

For bigger devices that consume extra power like laptop computers, solar generators are needed. They come in a range of shapes, sizes and prices. The solar charger energized in direct sunshine is an excellent solution for an array of other devices as well that consume more power.

There are stand alone solar powered generators that can match the performance of even petrol driven competitors. However, they are costly and bulky and therefore not an easy buy. There are lightweight and far more practical solar generators that are ideal portable energy solutions.

There are gadgets that have built-in solar panels. The solar phone is one such instance. Solar energy panels can be construed as a hybrid battery/charger for mobile devices including most mobile phones, iPods, PDAs and other portables. The power can bask in the sunshine and glow warm and it can also be plugged into the wall for some extra juice ready when there is an emergency.

The green geek gadgetry which has eco friendly application is aplenty. There is a nature indoor composter that allows recycling the waste food easily and quickly without a garden and without specialized food waste collection service. This composter is capable of breaking down around 120 lbs of food waste every month. Once the food is broken down, the compost can be relieved from the bottom container of the composter. The heat kills the bacteria and destroys majority of smells. The carbon filter inside the composter that regulates the odor needs replacement every five years.

Renewable energy gadgets use novel energy technologies which can help avert global warming caused by the astounding build up of gases and fumes. The most widely used alternative renewable technology source is solar power in the form of solar panels and photovoltaic cells. Another widely used clean energy is wind power from wind turbines.

Let us save the environment from the batteries that emit nasty chemicals and heavy metals polluting and poisoning the natural eco systems and keep the planet safe with renewable energy gadgets.