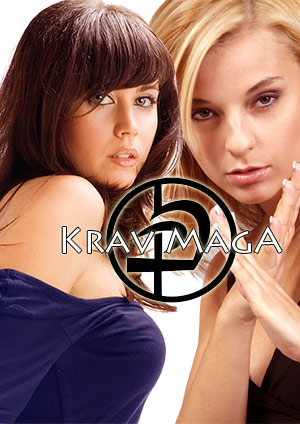 Women who learn krav maga self defense techniques know how to protect and defend threatening situations in simple and effective style. Krav Maga is a non-competitive self defense system, most appropriate for real-life situations.

Krav Maga, the Israeli self defense workshops are brimming! Krav Maga is gaining popularity, especially amongst women. Four key elements contribute to its popularity. Firstly, women have realized the importance of personal safety, self defense for self protection.

Secondly, devoid of a need for special gear or equipment, Krav Maga focuses both on physical and psychological aspect. Thirdly, Krav Maga can be learnt in a short duration and has proven to be effective. Finally, Krav Maga is a great way to keep fit and in shape.

Imrich ('Imi') Sde-Or (lichtenfeld) born in a Hungarian-Jewish family in 1910 is credited with developing Krav Maga, a system of techniques for practical self-defense in life threatening situations. The defense system was formulated to suit everyone, men and women, boy or girl who can use the techniques for self protection while sustaining minimal harm which explains why Krav Maga is regarded as a non-competitive self defense system, most appropriate for real-life situations.

For over 70 years, Krav Maga is the official self-defense system of the Israeli Defense Forces, Israeli Police and Security Services. Both combat and non-combat soldiers are trained in Krav Maga to know how to stay safe in every situation. It is also the preferred training system for more than 350 U.S law-enforcement agencies.

Wide perception that a woman's physical built and psychological frame does not support excelling in a self defense form is rapidly changing. The fear of self-injury and mental incapability to inflict pain on others has for long discouraged women from enrolling in a self defense workshop. Not anymore. Krav Maga is an appropriate self defense tool designed to work with natural body movements sans any special tool or equipment.

Here are key points that explain why Krav Maga is an appropriate self defense for women.

Supportive: Women have key areas in the physique to be concentrated upon that assist in learning and applying self defense.

Realistic: The Krav Maga approach is realistic enough as it stresses on instinctive movements. The techniques can be applied to defend against an attack with a weapon.

Unisex: Krav Maga is essentially designed to teach men or women, kids of all ages as to how to defend themselves in a potentially life threatening situation. The techniques are identical for men and women.

Favorable: Self defense is not just about strength and size but also about speed, control and mental discipline which women are good at. Krav Maga is well-known for its quick strikes to vulnerable parts.

Quick: Women learn and master faster as they are good executors. Krav Maga can be learnt in a short duration. Modest commitment of time will do to learn.

Comprehensive: Self defense is not about getting hit or hitting back. It is being empowered to manage challenges in dangerous situations. Krav Maga does this exactly as it gives importance to being fit enough to self defend.

Further, Krav Maga is not based on strength, but on reflexes. Men and women have the same reflexes. Krav Maga drills are the same for men and women. Also, 'realistic training' is part of the schedule which allows for women to train with men. The simulation sessions immensely benefit women and prepare to deal with multiple attackers as well as bigger, stronger, more aggressive male offenders.

Onsite learning, online learning, DVDs, videos, these are various options for consideration. Online learning, for sure has real advantages. Krav Maga techniques progress gradually and systematically. Techniques for beginners, intermediate formats and intensive ones - the intensity builds up from stage to stage.

Consistent and regular training for at least two to four times is required for the beginners to move to the next format. After progressing to the extensive Krav Maga training, the trainees get an opportunity to practice with different weapons like hand guns, M-16, gun, knives and sticks.

No special uniforms or gears. Wear the usual exercise gear and off to learn Krav Maga techniques. The best way to kick-start Krav Maga training is to engage in proper warm up which is essential with any form of physical exercise.

Go jogging for few minutes followed by stretching exercises, kicking and punching drills. Some amount of mental preparation is also required. Shed the dainty feel and get ready for some physical impact and open up your mind to be physically close with strangers in the training area.

If the foundation is firm, the results are assured. A typical Krav Maga training begins with an explanation about pressure points or weak point in the human body. The carotid artery in either side of the neck is the most important one. Eyes, nose, throat, chin, testicles, ears, knees and temples are points when attacked or given a strike or blow results in immense pain making it difficult for the attacker to progress further.

Understanding the guiding principles of Krav Maga is the key to using the techniques effectively.

The lecture or presentation is likely to be followed by engaging in some kicks and punches, a few choke and hold defenses. Exactly a month later, check how much of learning has happened and the positive impact in physical fitness and confidence level - the motivating factors! Krav Maga techniques adhere to four stages.

Krav Maga Pulse: The first technique that is commonly taught for beginners is the importance given to handle hand attack. Taken aback by the response, the attacker is likely to feel off balance.

Eye Gouge This Krav Maga technique is widely used by women when faced with a stronger opponent. Make use of the fingers or thumb, aim the eye sockets and just penetrate. Even before the opponent recovers from the intense pain, leave the place.

Complete strike: This technique comes in handy when a woman is subjected to sexual harassment. In case the assailant grabs the woman from behind, she can execute a rear kick and hit the knee or groin area. A rear elbow strike followed by any other appropriate move like the front kick or a series of punches can provide the much needed relief and protection.

Side kick: When a woman is threatened by an assailant from either side, the side kick technique is appropriate. If the assailant is on the right, cross your legs, shift weight to the right leg, twist hip a little, aim for the assailant's knee, abdomen, thigh or shin and give a kick with the right heel.

Escaping rear choke: A choke can result in getting the victim unconscious; the target area is the arteries, throat tissue or neck. The precious minutes before it takes effect can be used to skillfully self-defend and relieve the choke hold. Without panicking, use both arms and forcefully kick at the groin, thighs or chest. As the assailant writhes in pain, hold the arm and again kick at the same area or follow by a rear sweep.

A regular Krav Maga student who trains two to three times per week can expect to be ready to test in nine months. To keep fit and ready to defend a threatening situation, an exercise routine and healthy diet is important. Regular practice will improve general fitness levels; keep mind alert and the body well-toned.