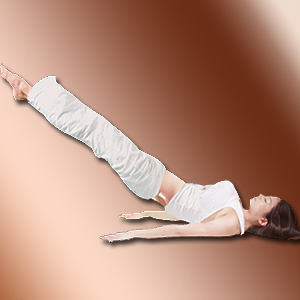 Five Tibetan Rites extends extraordinary health benefits. Combine with a brisk walk everyday and feel younger than you have felt in years.

If you are looking for a powerful and effective exercise which requires fifteen minutes every day - five short and simple exercises sans special equipment with the ease of doing it anywhere, home, office, park or beach, then 5 Tibetan Rites is appropriate.

Check why five Tibetan Rites is referred as 'fountain of youth' and how as an exercise regimen it results in extraordinary health benefits including youthful look, energetic feeling and mental wellbeing.

Learning about the origin of Five Tibetan Rites may add more value in understanding the core principles of Tibetan Yoga. Some 2, 500 years ago, Five Tibetan Rites are said to have originated in Tibet and practiced by Buddhist Monks of the region. A book titled 'The Eye of Revelation' authored by Peter Kelder reveals how the exercise in its present form was introduced.

Referring to the book, it is understood that the exercise regimen would have remained a secret with the Lamas if a retired British Army Officer wasn't driven by curiosity to search for the lamas in the Himalayas and spend two years with them learning the yoga.

Soon, he was relieved of backache and arthritis and looked much younger than his age. He termed these exercises as the Five Tibetan Rites which closely resemble Tibetan Yoga practiced by the Lamas, similar to the series of yoga that originated in India. The emphasis of 5 Tibetan Rites is on the sequence of motion.

He was convinced that the exercises immensely contributed to reversing the aging process which helped to live long and healthy, stay young and vibrant; besides improving vitality and mental well-being.

Over the decades, the exercise has gained popularity and is practiced around the world. Practitioners find it an easier method to keep body in shape especially when a physical workout or a complete yoga routine is unthinkable due to paucity of time or other obligations.

Considering remarkable benefits one can gain, more and more people are motivated to take up five Tibetan Rites as an exercise regimen. In all, there is a positive change in mental and physical health.

It is based on the fundamental belief that the world is composed of five elements namely, water, earth, air, fire and spirit (energy). Each rite is closely connected to one of the five elements.

There is another concept, the chakra connection. The ancients in India, and Tibet, two of the oldest cultures believed that the spiritual body is connected to physical body by 7 Chakras. The word Chakra is a Sanskrit word meaning 'wheel' or 'vortex'. The seven psychic vortexes or chakras are located throughout the body. Two in the brain region, one in the throat area, one in the liver, one in the reproductive organs and the other two are found in each of the knees.

The Lamas believed that each energy vortex tends to become less energized with age. When the energy in the chakras begins to decline, aging occurs. The decline would lead to deterioration of endocrine glands and critical hormones they produce. Soon, a chain of events becomes inevitable resulting in deterioration in body systems.

The five Tibetan rites is a compilation of 21 different movements. It has been condensed to five rites. Performing the rites daily will activate the 7 chakras, literally speed up the spinning of the chakras and distribute pure energy to the endocrine system. In the process, the entire body benefits. There is a complete and healthy balance between the seven different points of the body. Thus, the Five Tibetan Rites re-energize the chakras and rejuvenate the body.

Five Tibetan Rites is also referred to as Fountain of Youth. The five Tibetan rites assist in normalizing hormonal imbalances in the body. Medical research has ample evidence to indicate that the aging process is hormone-regulated. When the hormonal imbalances are corrected, it reflects in retained health and youth.

However, millions of practitioners accept it as an exercise regimen with realistic expectations such as increased energy, stress reduction, an enhanced sense of calm, clarity of thought, increased strength and flexibility and an overall improvement in health and well-being.

Meditation: Affirmations that are repeated during the exercise and relaxation parts.

The first few days, when you practice, pay additional attention to recognizing the three components. Soon, it will become part of the exercise regimen. To get most out of Five Tibetan Rites, allot a specific time, preferably in the morning to perform these exercises.

Goal: The goal is to ultimately practice each movement 21 times. But don't feel pushed to reach the goal in a short period of time. Instead ensure not to skip. In the first week, practice three repetitions of each exercise. Be aware of body response. Gradually increase the repetitions. Add two repetitions each week. At this rate, after 10 weeks, you would be performing 21 repetitions of every rite in 10-20 minutes. Doing more than 21 repetitions hasn't proved to be useful. 21 seem to be the magic number.

Alternatively, you can find a suitable progression that works well. But do all the rites. The rites work in conjunction with each other. Hence, it is important to do all of them each time. Within a month, you will notice remarkable improvement in mental and physical health.

Rite 1 (Energy): The Spin posture replenishes and energizes the body and mind.

Rite 3 (Water): The kneeling backbend posture unlocks the power of the subconscious.

Persons who are extremely overweight are advised not to do Rite #4 and #5 until they have developed some strength and endurance.

After completing the last rite, it is important to let the body and mind relax in order to gain full benefits of the exercise. Lie down on the floor on your back with your arms either stretched out, palms up, or at your side, palms up. Relax your spine and neck into the floor. Take slow, deep breaths to empty your mind and relax your body. When you are ready, slowly bring yourself into a sitting position. You are ready for the next activity of the day.

Combining five Tibetan rites with a brisk walk on a daily basis is a fabulous way to ensure that you remain healthy and feel younger than you have felt in years.