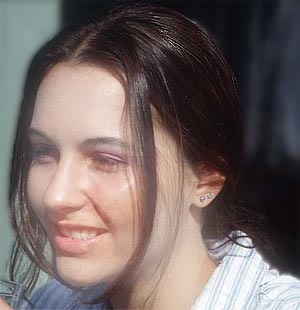 Find out more about Rosacea - the symptoms of this skin condition and the laser treatments used. Gather useful rosacea makeup and skin care tips.

Rosacea is a skin condition that affects many a silent sufferer. It manifests as reddening of the skin and can become severe and acute. Though there is no sure fire cure for rosacea, various rosacea treatments are used to control the symptoms and prevent aggravation. Take a look at the symptoms of rosacea and find out what kind of skin care routine and makeup can help. Read up on rosacea laser treatment.

Rosacea results in flushing or blushing that lasts longer than normal. Rosacea usually appears on the face and nose and chin. This is accompanied by burning or stinging sensation. The rashes (erythema) appear like sunburn and may be accompanied by pimple like eruptions. Ocular rosacea is symptomized by red, sore and gritty eyes. It is noticed that rosacea condition tends to occur more in people of Celtic or Scandinavian origin and is more pronounced in women.

Nearly 13 million Americans are affected by this skin condition. There are no tests to determine rosacea. A person suffering from rosacea may experience pus-filled pustules or papules over the skin. Smoking can worsen some of the rosacea symptoms by damaging blood vessels. Dairy products and spicy foods are known to aggravate the rosacea symptoms. Rosacea is not an infectious disease and cannot be spread by contact or airborne bacteria. Demodex folliculorum mites are tiny organisms that have been noticed in an active form in rosacea patients.

The cause of rosacea is still elusive and therefore there is no permanent cure for the condition. The rosacea treatment is decided by the manner in which the condition has manifested itself. In the papulopustular form of rosacea, small pimples, or papules, develop on the face. When rosacea appears in the telangiectasia form, small thin lines appear on the face giving a spider like appearance. This is more pronounced on the cheeks. Swollen bumps on the nose and cheeks are known as the granulomatous form of rosacea.

Papulopustular form of rosacea is usually treated with topical and oral antibiotics. Dermabrasion is resorted to in acute cases. Telangiectasia rosacea treatment is done with antibiotics, failing which pulsed dye laser therapy is performed. Granulomatous rosacea does not respond to antibiotic treatment and may require surgical procedures such as laser resurfacing, dermabrasion or plastic surgery.

A course of antibiotics and gel is used to bring the rosacea condition under control. While the oral antibiotics will reduce redness and formation of papules and pustules, the topical antibiotic gel will keep symptoms under control. Oral antibiotics would include tetracycline while Vitamin A is also seen to be effective against severe papulopustular rosacea. Azelaic Acid and Metronidazole are used as topical treatments to reduce rosacea flare-ups.

One of the more common questions that rosacea sufferers usually have involves finding cosmetics, which will not further irritate their sensitive skin. Unfortunately, everyone seems to have different experiences when it comes to cosmetics. What works for one person, may irritate someone else's skin. Cosmetic and makeup brands such as Estee Lauder, Shiseido and Avon and Bobby Brown have some makeup especially for those suffering rosacea condition.

Mineral makeup, base creams, moisturizers and hydrating gels are useful in controlling the skin condition. Non-comedogenic cosmetics work well for rosacea afflicted skin. Rosacea makeup involves applying a good foundation in the correct skin tone. You can reduce the effect of blemishes by following it up with loose powder. Draw attention to your eyes by using complimentary eye shadows. Using colors like green and blue will help in reducing the reddish effect of the rosacea eruptions.

Rosacea skin care routine involves usage of a gentle cleanser each morning. Avoid using grainy or abrasive cleansers. Loofahs and brushes must not be used for rosacea skin care. Rinse the face with lukewarm water often and pat dry with a cotton towel. Rosacea skin care includes use of a good sunscreen and preferably reduced exposure to sunlight itself. Water-based sunscreen and makeup is recommended for those suffering from rosacea. Skin care products containing Aloe Vera or Vitamin E provide additional healing properties to the affected skin.

Pityriasis Rosacea begins with a patch that could be dark pinkish or brownish, slightly raised and scaly. Such patches may appear on the trunk, arms and legs and are likely to itch and ache. Pityriasis Rosacea involves severe scaling and flaking of the skin in circular patches. Headaches and low-grade fever may also be noticed. Pityriasis Rosacea can cause the skin to become very dry and irritated. Including foods such as soy beans and oil, sunflower, wheat germ oil and salmon, tuna, mackerel and nuts is known to aid in controlling Pityriasis Rosacea.

These days powerful and nearly painless beams of light are increasingly used to treat components of rosacea that were once considered difficult or even impossible to correct. Vascular lasers emit wavelengths of light targeted for the tiny visible vessels just under the skin. Heat from the laser's energy builds in the vessels, causing them to disintegrate.

The laser treatment for rosacea seeks to selectively destroy the lesions with minimal damage to surrounding skin. New laser technology has been developed to minimize bruising, and recently developed devices called intense pulsed light sources (IPL's) mimic lasers but generate multiple wavelengths of light to treat a broader spectrum of tissue. Rosacea laser treatment for mild cases can cost about $150 to $300.