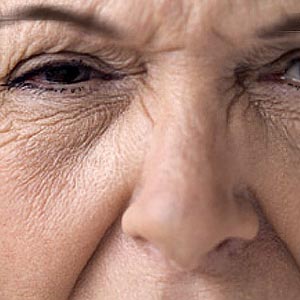 Though they are harmless, age spots are a cosmetic problem to many men and women. Sun exposure is the main culprit for developing age spots in addition to other factors such as advancing age.

Age spots, also known as liver spots, sun spots, solar lentigines, or senile are a common occurrence as the skin ages and is unable to regenerate from sun exposure. Though age spots are common after the age of forty, they can affect younger people as well.

True, age spots are harmless. In most cases, they pose no threat and require no special treatment. But most people consider them as a sign of aging and prefer to do away with it. As they appear like cancerous growth, these age spots can be lightened for cosmetic reasons with skin bleaching products or can be removed. In rare cases, age spots have been known to obscure the detection of skin cancer.

Age spots are seen to proliferate in those individuals who suffer from emotional distress. Age spots are caused by exposure to sun or other forms of ultraviolet light. This accelerates the production of melanin which is the dark pigment in the epidermis that renders the normal color to the skin. Extra melanin creates the darker color in the skin. Age spots develop when extra melanin gets clumped in higher concentrations.

Other than over exposure to the sun, growing older can cause extra production of melanin resulting in age spots. As one grows older, the body fails to detoxify through the intestines, kidneys, liver or lungs and detoxification occurs through the skin. The release of such free radicals leaves a stain or age spots in the skin. Genetics also play a role in causing age spots.

Age spots typically occur in people with fair complexion, but they can also be seen in those with darker skin. Age spots appear as a flat patch or macule. Age spots range in color from light brown, red, gray and black in flat and oval areas. They are seen in areas most often exposed to the sun, like the hands, face, forehead, arms, shoulders, backs of hands and tops of feet and on bald heads.

Age spots appear grouped together which makes them prominent. Age spots are accompanied by other signs of aging such as wrinkles, dry and rough skin and very fine red veins on the cheeks, nose and ears. The skin begins to look much thinner and translucent.

A dermatologist can diagnose age spots by inspecting the skin. Sometimes a skin biopsy is done in case of doubt. There are certain other conditions that resemble age spots.

As indicated earlier, liver spots are not medically dangerous, but they affect the cosmetic appearance of the skin. Age spots can be lightened or removed. Treatments for age spots include:

The best method of prevention would be to minimize the exposure to the sun. Use a sunscreen with sufficient sun protection factor (SPF at least 15). The sunscreen should be a broad spectrum one and block both ultraviolet A and ultraviolet B rays.

The sun has to be avoided at least during the intensity hours and the rays are most dangerous from 10 am to 4 pm. The skin should be covered with clothing, like long sleeved shirts, pants and wide brimmed hats. Sunglasses can be used to protect the eyes. Age spots can be warded off by taking multivitamins containing free radical fighting antioxidants like Vitamin C and E.

The above mentioned mixture should be dabbed to age spots with a cotton swab once or twice a day. This will help exfoliate the top layer of the skin. Those with sensitive skin can use this treatment less often. Once the spots have lightened, the treatment can be discontinued.