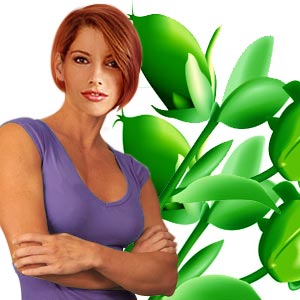 Harness the benefits of jojoba oil for hair and skin care. Unclog blocked pores and seal in moisture in your skin keeping it supple and smooth.

Derived from the seeds of the jojoba shrub, jojoba oil is rich in liquid wax ester. This oil is highly stable and viscous. The benefits of jojoba oil are many. It is therefore an important ingredient in many cosmetics for skin and hair care.

The jojoba shrub grows in abundance in the deserts of southwestern U.S. and Mexico as well as Australia, South America and Israel. The stickily transparent yellow jojoba oil has a high flash and fire point. This oil is biodegradable and non-toxic in it's pure form. While it's uses have largely been cosmetic, efforts are underway to harness it's benefits to other areas. Today jojoba oil is an expensive component of many cosmetics and hair care products.

In addition, it's viscosity makes it a good choice over petroleum oil as a high-pressure lubricant. On account of it's zero cholesterol and triglyceride content, the use of jojoba oil for consumption is considered. Jojoba oil is used to treat many skin disorders too. Jojoba oil has been used to treat cuts, bruises and sores for centuries. Jojoba oil is a good choice as a base oil because it does not need to be refrigerated and does not go rancid. It serves as a natural lubrication for dry skin and is non-greasy. Other proposed uses include candles, plasticizers, detergents, fire retardants, transformer oil and the leather industry.

Jojoba oil is a natural moisturizer and conditioner for the hair since it's structure is similar to the natural oil produced by the sebaceous glands in the scalp. Jojoba oil penetrates the hair shaft to loosen and dissolve sebum build-up. Thus the scalp and hair follicles are cleansed and function normally. This can arrest hair fall.

Banish frizzy dull hair! A few drops of jojoba oil in your conditioner is all it takes to have added smoothness. Regular application of jojoba oil products can go a long way in tackling tangles, split ends and dry hair. A light coating of jojoba oil on the hair keeps it shiny and glossy. A hot oil treatment with jojoba oil is just what your hair needs.Warm up some jojoba oil and apply it well to your scalp. Massage it in for a few minutes and let it sit for about half hour. Rinse off with shampoo and conditioner. Be it Asian hair or frizzy kinky African-American, jojoba oil goes a long way in adding shine and luster.

Benefits of jojoba oil are many:

Useful in treating acne, eczema and other skin disorders, Jojoba is also rich in certain proteins and minerals that are known to support balanced brain and pituitary functioning. Natural jojoba oil forms a thin non-greasy lipoid layer on the skin and helps soften it. Use it to fight fine lines and skin roughness. In fact jojoba oil works well for women with acne too. It helps reinforce the epidermis and heals flare ups. A mild massage of jojoba oil can reduce epidermal water loss and keep the skin plump and healthy. In this way, you can keep wrinkles at bay.

Since it blends well with the natural sebum of the skin, jojoba oil may be effective in curbing over production of sebum - a condition that occurs in oily skins that are prone to acne. Thus it balances the sebum levels in the skin. The anti-bacterial properties inhibit growth of acne-causing bacteria. Jojoba oil is often used as a massage oil since it gently unclogs blocked pores and lifts off grime and imbedded impurities.

In such cases it is blended with grape seed oil or almond oil. It's antioxidant benefits have made jojoba oil a popular bath oil too. Prepare a herbal oil blend with ¾ cup jojoba oil, ½ tsp each of rose, lavender and geranium oils. Mix these oils together and stored in a tightly sealed bottle in a cool place.