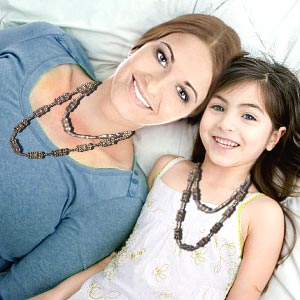 Single parenting is a challenging task, what with juggling work and housework coupled with other responsibilities of child rearing.

This may occur due to a variety of factors. One of the parents could have opted for this status. Divorce, adoption, artificial insemination and surrogate motherhood, extramarital pregnancy, death or abandonment of one parent are some of the known reasons for single parenthood.

It is often found that children of single parents exhibit more maturity. They share household responsibilities. They develop the ability to look after themselves without external help. Most of the time, the kid is left to themselves as the parent would be at work. Thus, these children learn to handle loneliness as well. Children groomed by single parent are particularly independent, resourceful and responsible.

Studies reveal that most children from single parent families do well as there are several other factors that are responsible for development of a child in single parent families. They include the age of the parent, his/her education level, occupation of the parent, the family income, family support network inclusive of friends and relatives and also extended family members.

The aches of single parenting

Living with a single parent instead of a couple can bring a lot of emotional turmoil for the child. These children suffer confused and strong emotions and feel terribly hurt and angry. Sometimes when a mother brings home a man she is dating the child is bound to feel upset.

A Swedish study in 2003 stated that children living with single parent were about three times more likely to kill themselves or end up in the hospital after an attempted suicide by the age of 26 years than children living with two parents. Several negative social, behavioral and emotional risk outcomes seem to be present for children of single parenthood. It can get tough for the child when their mother or father is out most of the time having to work to run the family.

Widows, divorced and separated women and never-married mothers form the category of mother only families. In the United States mothers are usually given the custody of the child in case of divorce due to the care and intimate and affectionate relationship they develop with their children.

The problems and challenges faced by ‘female-headed’ families are enormous. Alarmingly, in the US, 75% of mothers are seen to voluntarily give up custody of the child. Mothers give up the custody of their child due to various reasons including inadequate financial resources, child's preference for living with the father, difficulty in controlling the child, legal custody battle threats, physical and emotional constraints and turmoil suffered by the mother. However, almost 97% of non-custodial mothers are seen to actively maintain relationship with their children.

The concept of single parenthood can be construed only as a stage of life rather than a life long family form. In fact, many single parents re-partner and form a new step family and are happy with it. Raising a child as a single parent mother is challenging and rewarding. Many happy healthy kids have been raised by single mothers. There are several instances of top actors, vocalists and Statesmen politicians who have been successful single parents as well.