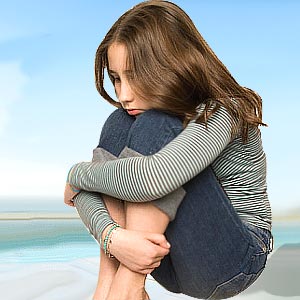 Precocious puberty is as an uncommon condition that occurs when puberty begins before the age of eight in girls and before age nine in boys.

Puberty is the time in life when the body shows signs of change from being a child to becoming an adult. During this period the child changes physically, hormonally and sexually. Precocious puberty is an uncommon condition that occurs when puberty begins before the age of eight in girls and before age nine in boys.

Signs and symptoms of precocious puberty

In some children 'partial' precocious puberty could be seen. Girls may show breast development that later disappears or may persist without any other physical changes of puberty. Such children with partial precocious puberty should be evaluated by a medical professional to rule out any other health problems. By and large such instances do not require any treatment and usually will show the other expected signs of puberty at the right age.

Abnormalities in ovary and testicles may contribute to precocious puberty. Problems in the ovaries, thyroid gland disorders can also cause the onset of puberty ahead of schedule.

Sometimes precocious puberty is the result of a structural problem in the brain such as a tumor, brain injury due to head trauma, infection such as meningitis that triggers puberty to begin early. In a majority of girls there is no underlying medical problem but they simply start puberty too early for no known reason. Certain types of environmental contamination like environmental toxins could play a role in causing precocious puberty.

This type is less common than central precocious puberty. This is caused due to the release of estrogen or testosterone into the body due to various problems with ovaries, testicles, adrenal glands or pituitary gland.

The doctor who specializes in hormone related conditions in children is called pediatric endocrinologist. It is better to consult such a specialist in case of suspicion of precocious puberty. The consulting doctor first reviews the child's medical history, performs a complete physical examination and certain blood tests to measure hormone levels.

Physical examinations show evidence of changes and signs of early sexual maturation including breast development, rapid height growth, menstruation, acne, enlarged testicles or penis and public and underarm hair. X rays of the child's hand and wrists are taken which is an important clue in diagnosing precocious puberty condition. The X rays help determine the child's bone age and these shows if the bones are growing too quickly or not.

Magnetic Resonance Imaging (MRI) of the brain is also done for children who have central precocious puberty. This reveals any brain abnormalities. Thyroid tests are also done to rule out hypothyroidism. Sometimes abdominal ultrasound is also advised to check for an ovarian cyst or tumor.

Complications due to precocious puberty

Height problems: Children with precocious puberty suffer short height. Although they may grow quickly at first, they stop growing earlier than usual and this causes them to be shorter than average as adults.

Most often treatment for precocious puberty depends on its cause. There are two possible approaches to treatment depending on the cause.

Children suffering from precocious puberty without any underlying medical condition can be simply treated with medication. This treatment is called GnRH analogue therapy and it includes a monthly injection of a medication such as leuprolide. This medication helps to stop HPG axis and delays further development. The child is recommended to stay on this medication until he or she reaches the normal age of puberty. Once this medication is stopped, the process of puberty is onset.

Treatment for precocious puberty helps to stop puberty until the child is closer to the normal time for sexual development. Otherwise there is always the danger that the child may not reach his or her full potential growth in terms of physical and mental development.

Although certain risk factors of precocious puberty like sex and race cannot be avoided, certain other factors can be reduced. Children should be encouraged to maintain a healthy weight. Children should be kept away from external sources of estrogen and testosterone.

Children suffering from precocious puberty may feel different from their peer group and this can cause social and emotional trauma in the young ones' minds. Depression, substance abuse and low self esteem are some of the problems that widely occur in children with this condition. If it is difficult for the young child and the family to cope up with such a situation then it would be best to seek counseling help. Psychological counseling can definitely help family better understand and handle emotions and challenges that accompany precocious puberty.