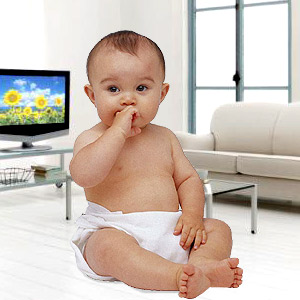 Cold, stomach upsets and rashes occur commonly in babies. But the occurrence of one or more of these symptoms can also signal a serious allergy in the baby. And chances are, if these symptoms are not recognized and managed properly, the infant can become miserable and malnourished.

Approximately 6% of infants and 3-4% of adults in the US have a food allergy. This intolerance to milk can cause serious digestive, respiratory and skin problems. Most of the times, allergies in infants are difficult to recognize, as they mimic signs of other illnesses and can be confusing to the new as well as experienced parents. The allergies in infants can be varied and difficult to isolate.


While food allergy includes dairy products, gluten, shellfish, peanuts, soy, tree nuts and corn, inhalants include dust mites, pollens, animal dander and dust from grains. Environmental include chemicals found with the environment that can come in contact with the skin, and can be inhaled and ingested.

Allergy symptoms in infants and toddlers

Certain signs and symptoms of allergy can be truly confusing even to the adult sufferer. It is better to consult a qualified medical specialist and heed advice on the warning signs of allergy in infancy. This can also provide ideas for prevention.

What is allergic reaction to food?

If the toddler is allergic to food, his/her body treats the food like an invader and launches an immune-system attack. Sometimes the body makes an antibody called IgE, a protein that can detect the food. In case the food is consumed again, this antibody tells the toddler's immune system to release substances such as histamine to fight the invader.

Certain foods are most likely to cause allergy in toddlers and infants. They include:

In case a family history of food intolerance is seen, it is recommended to avoid the introduction of cow's milk and wheat until the baby is twelve months or even older. It is imperative to seek the aid of a medical professional if the baby's allergy is sudden, extreme and long lasting and fails to improve.

Management of food allergy in infants and toddlers

If the toddler has difficulty in breathing, has swelling in face and lips and develops severe vomiting and diarrhea, call the local emergency number right away.

Severe allergic reactions warrant immediate response. For instance, it takes only a couple of minutes for the baby's airway to close. One requires the help of paramedics at this stage as soon as possible. Again if the toddler exhibits symptoms within 2 hours of eating a certain food, consult the doctor immediately.

A pediatric allergist should intervene for necessary testing. This allergist will be in a position to brief the parent on the food that is causing the problem and whether the symptoms are part of an immune reaction indicating an allergy.

Top of the Page: Allergies in Toddlers
Popularity Index: 100,365