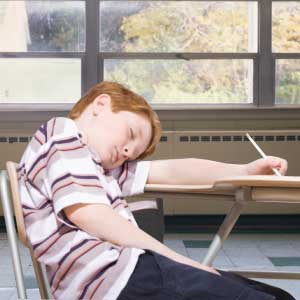 Find out more on autism and how to recognize the signs of an autistic child. Look for early signs of this condition so that the child can be assisted accordingly.

Termed as a neurodevelopment disorder, autism induces delayed group communication; language used in common communiqué or figurative and creative play. This condition usually sets in earlier than the age of 3 in any child. The condition may not be revealed physiologically but a thorough physical and neurological assessment will help identify the situation. The National Institute of Mental Health (NIMH) has concluded that 1-6 in 1000 children end up as autistic, though the cause for the condition is not clearly established.

In 1912, Swiss psychiatrist Eugene Bleuler was the first person to use the term autism in English in the American Journal of Insanity. He used the term to express schizophrenic’s trouble in relating with other people. The categorization of autism was clearly put forward in the year 1943 by Dr.Leo Kanner after he studied 11 children with similar behavioral patterns and called it ‘early infantile autism’. Find out more on this condition and how to identify an autistic child.

Every parent would be eager to see her child smile, cuddle, coo and react to the surroundings around them. Children too love to bask in all the attention. Unfortunately there are some children who refuse to mingle with others and appear to have a world of their own. They live in that world of theirs, always preoccupied and exhibit scant interest in other people and the surrounding atmosphere. They display abnormal behavior, problem in communicating, in social responsiveness and practically nothing interests them. Any child prominently exhibiting the above-mentioned symptoms can be termed an autistic child. Asperger’s disorder, Rett’s disorder and pervasive development disorder are all classified under the broader category of Autistic spectrum disorders; all the above disorders bearing resemblance to autism but differing in some symptoms.

General behavior of an autistic child

Autism is generally defined as a spectrum disorder and affects each child at a dissimilar level in varied severity. This affects the way they talk, think, react and communicate. A child affected with autism may not display any deformity in the physical appearance.

How to assist a child with autism

Understanding a child with autism and working with the child is a challenge for any parent. Given below are tips that can help the parent to attend to an autistic child in a better way.