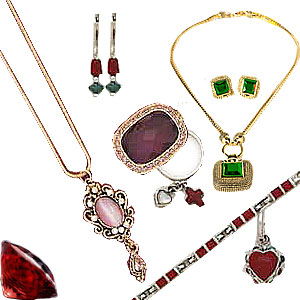 Garnet jewelry can be traced back to ancient times when it was believed to have healing powers. Today garnet jewelry is not merely restricted to the characteristic red colored gemstone but other varieties from the garnet family.

Garnets come in many colors but are popular in their characteristic red color. The garnet stone owes its name to the Latin word Granatum, meaning like a grain. Garnet jewelry is an ideal gift for those with birthdays in January and for the second anniversary of marriage. Garnet jewelry has been popular for centuries as it was believed to have powers to heal and protect.

In fact, garnet jewelry can be traced back to the Bronze Age. As legend has it, a large garnet found place in Noah?s Ark to steer it to safety in the flooded mountain passes. Egyptian, Greek and Roman eras also saw the use of garnets in jewelry.In fact, garnet amulets were found around the necks of the Pharaoh in the Egyptian tombs. In ancient Rome, garnet signet rings were used to stamp wax seals on important correspondence.

Garnets are found in a range of colors, from fiery red to deep yellow or bright green. They are mined in Africa, India, U.S, Brazil and Madagascar. The various stones that come under the garnet family are pyrope, rhodolite, spessartine, andradite, grossular and uvaroite. Garnet jewelry made from demantoid and tsavorite is sought after. Garnet jewelry made with tsavrorite enjoys larger appeal on account of its similarity to emerald jewelry. The dark red almandine is the most common garnet gemstone.

Garnets are symbolic of faith and fidelity. This gemstone is said to have healing properties for those suffering from arthritis and lung diseases. Garnet jewelry enjoyed considerable popularity during the Victorian times. Garnet rings, earrings and garnet pendants are popular since these gemstones are reasonably priced. Garnet is durable and garnet jewelry can be cleaned with a gem cleaner since it is a non-porous gemstone.

You can pick up garnet pendants that can be teamed with flat chains, rope chains or linked chains. Garnet earrings come in many styles, from elegant and classic studs to modern clip-ons to dangling chandeliers. Garnet jewelry is often paired with pearls or other gemstones to set off the brilliantly hued stones.

Handle your garnet rings with care as garnet being crystals are quite brittle. The stones can break due to sudden temperature changes. Avoid steam cleaning garnet jewelry. Instead wash them gently at home with warm soapy water and then pat them clean. 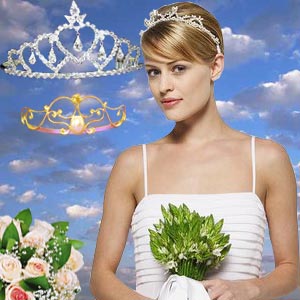