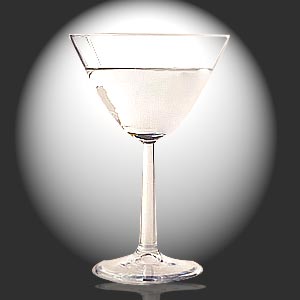 Try these vodka cocktail recipes if you are a connoisseur of this European liquor.

Vodka is most widely used in cocktail drinks. Vodka is easy to store, right in the freezer. That makes it easier to use all around the year as a base spirit for cocktails. Vodka tastes best when served ice cold. Vodka is high in alcohol content (9 cals/g). At about 7 calories per gram, there are considerable calories in vodka too. Clear vodka usually has 40% alcohol content while flavored vodka has about 30-35% alcohol.

Smirnoff, Stolichnaya and Absolut are the most popular and quality brands. Premium Vodkas include Belvedere, Grey Goose and 360 Vodka. For the best vodka cocktail recipes, use bananas, black cherry, raspberry and lime as flavors. Citrus fruits can be used to flavor your vodka drink. Lemons, Oranges, strawberries, lychees and watermelons go well with vodka. Mint, vanilla or apples are also used. Check vodka for ingredients, distillation and filtration. Vodka is made from either corn, potatoes, barley, rye or molasses. Choose crisp and smooth Vodka for better cocktails.

Vodka drinks are easy to mix; as vodka does not have any color or smell. It's neutral taste quickly assimilates other flavors. Little wonder that you get popular vodka drinks like strawberry vodka, vanilla vodka and raspberry vodka.

Drop ice cubes in a cocktail shaker. Pour in vodka, cranberry juice and lychee juice. Cover and give it a good shake. Pour into a chilled martini glass.

Drop ice cubes into a cocktail shaker. Pour all ingredients into it and shake vigorously.

Add crushed ice in a chilled glass. Pour vodka and brandy. Add juice of the lime. Top up with soda. Add sprigs of mint.

Vodka shots are the easiest way to get your party going. Typically shots are 1/5 oz but there are sometimes bigger ones at 2 oz. Ensure that the vodka is well chilled before preparing the shots. Don't fill the glasses all the way through - halfway or bit more works well. Check out some easy-to-make vodka shots.