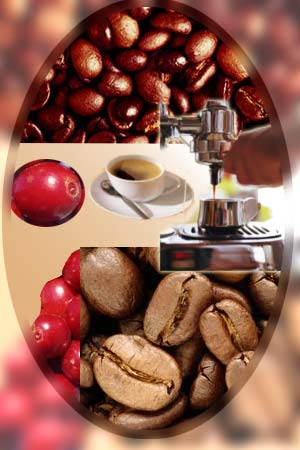 Trace the history of coffee making and learn about some regional specialties such as Irish Coffee or Italian Espresso or the South Indian Filter coffee.

The tantalizing aroma of freshly brewed and piping hot cup of coffee! Be it first thing in the morning or at any time during the day, a hot cuppa never fails to refresh. A staggering 400 billion cups of coffee are consumed everyday.

From the Arabic Kahwa to the Greek Kafes to the Ethiopian Buna, coffee is a popular beverage the world over. Whether it is consumed as a strong black decoction or with cream and sugar or even spiked with a little whisky as in Irish Coffee, it remains an all time favorite.

Indians in the southern part of the country continue to swear by their version - Filter coffee. We trace the history of the coffee bean and understand how a coffee maker works. The coffee maker allows you to make your refreshing cuppa in a jiffy. What effect does coffee have on our health? Check out the answers to this and more!

Turkish coffee was made by mixing coffee grounds with boiling water, resulting in a muddy drink. Linen and other fabrics were later used to filter out the coffee sediment. It was in the 19th century that the French press machine was used. It was a method of brewing full -bodied coffee.

This coffee machine consists of a canister into which coarsely ground coffee is added along with hot water. The plunger handle is then placed and depressed. This forces the coffee grounds to the bottom thereby extracting a thick brew. This is ideal for immediate consumption. Later, filter paper was used to remove the loose coffee grounds.

Single serve coffee machines are gaining in popularity thereby saving you the bother of brewing a whole pot. But these machines use pre packaged pods that may not be easy to procure. It is essential to clean the coffee maker often since coffee tends to stain and stick to carafes. The filter holders may need to be cleared of any grounds that have settled therein.

Store coffee powder in an airtight container in a cool and dark place so that its flavor is not lost. Once the coffee beans are roasted and ground, the powder must be consumed within 7 - 10 days. Never store coffee in the refrigerator. Coffee beans are ground in keeping with the brewing technique used. While Espresso coffee machine needs an extremely fine grind, a typical French press coffee needs the coffee beans to be ground coarse.

A shepherd in Ethiopia is credited with the discovery of coffee beans. He noticed hyperactive behavior in the sheep after consuming the red 'coffee' beans. This led to its discovery as a stimulant drink. Initially there was opposition from religious leaders who considered it a concoction of the devil. The Turks adopted it as a drink after making a brew. Around the 12th century, coffee was being drunk in most parts of the Arabic world.

They guarded the coffee beans and did not allow them to be taken out of the country. It was later that the coffee bean traveled to India and the Eastern Mediterranean. In 1475, the first coffee shop was opened in Constantinople. This led to the proliferation of coffee shops, which became an integral part of the social life. In the 1700s, coffee made an appearance in the United States. It began to be cultivated in South and Central America. With its unique flavor and invigorating qualities, it is little wonder that coffee became such a popular drink worldwide.

Coffee is predominantly grown in the African and Arabian peninsulas, Indonesia and Latin America and the Caribbean Islands. Besides, India and Hawaii are also prominent coffee growing nations. The coffee bean is procured from the coffee plant, which is a woody perennial evergreen. The two main species are - Coffea arabica and Robusta coffee.

The coffee industry employs nearly 20 million people and ranks only next to petroleum in its dollar value of trade. Decaffeinated coffee was invented by Ludwig Roselius in 1903 when the process of removing caffeine from the coffee beans without destroying the flavor was perfected. This was sold as 'Sanka'. It was around the same time that efforts were being made to create soluble coffee. A Japanese -American chemist Satori Kato invented the first soluble coffee though George Constant Washington is credited for the mass production of instant coffee. In 1938, Nestlé introduced freeze-dried coffee…. and this spurred the revolution of instant coffee powder.

A coffee filter is a type of coffee machine that is lined with a porous filter. It is either manual or automatic beaver. The automatic drip coffee maker utilizes filter paper, which sieves the sediment. Coffee making is a fine art that is specific to each region. Whether it is the Italian espresso coffee machine or the cappuccino or latte or the Madras filter coffee. South Indian coffee is prepared from dark roasted coffee beans.

Sometimes chicory is added to make for an interesting twist. The coffee powder is compressed gently in a coffee filter and boiling water is poured on top of it. The brewed coffee results in a thick decoction into the receptacle at the bottom. Served with hot milk and sugar, this frothy foamy coffee is a connoisseur's delight. Guests to most south Indian houses are greeted with a steaming hot cup of filter coffee.

Irish coffee is said to have found its origin in the Foynes Airport in Ireland. The Chef Joe Sheridan thought it would be nice to add something stronger to coffee, especially for long-distance fatigued passengers. Thus was born the famous Irish Coffee. All you need is strong black coffee brew, sugar, whipped cream and Whisky. Pour a measure of whisky and add hot black coffee with sugar. top it with a dollop of whipped cream. Do not stir this concoction.

One school of thought believes that drinking excessive amounts of coffee will lead to higher blood pressure. But another point of view is that caffeine reinforces the arterial tone and improves coronary circulation. The beneficial effect of coffee on tired muscles and nerves is the reason why a cup of coffee can be extremely soothing after a hard and tiring day. Caffeine is said to stimulate the adrenal gland secretion as well as the thyroid function.

Espresso coffee is derived from the Italian phrase 'caffe espresso'. This 'pressed out' coffee is usually very strong. It can be drunk with a twist of lemon peel or mixed with frothy milk. Espresso coffee originated in 1822 and has now become an integral part of not just Italian life and culture but has a presence in all parts of the world. The espresso coffee machine can be found in many offices to allow employees a quick pick-me-up to perk up the day.