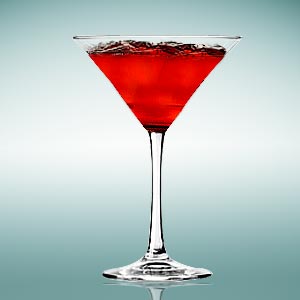 Rum cocktails are linked to tropical cocktails because of their sweetness. Rum is the most commonly used liquor in preparing cocktails. Look up our rum cocktail recipes.

Shake up a rum cocktail and beat the summer heat, rum cocktails can be enjoyed during hot days as well as cool gusty nights. Rum cocktails are linked to tropical cocktails because of their sweetness; this is so because rum derives a distinct flavor from sugarcane. Rum is the most commonly used liquor in preparing cocktails and is also popular as cocktail friendly liquor. Rum can blend well with any cocktail ingredient and so is the most popular liquor choice for cocktails.

Flavored rum has gained wide popularity over the years. Dark, light or gold rum - the taste lingers! The first rum cocktail in America was made from rum, sugar, water, and lemon juice; it was named ‘rum sling'. Tempting and multicolored cocktails can be prepared with rum as the base. Look up exciting rum cocktail recipes.

Rum cocktails gain their flavor from the type of rum that has been used to prepare the cocktail.

This variety of rum is often used to prepare cocktails. Light, sweet and clean flavored, this is subtle liquor. Light rum is light-bodied and is also known as white rum or silver rum. This rum is clear and does not have a flavor of its own.

Gold rum is used instead of light rums in few cocktails; this rum is medium-bodied. Gold rum is dark, smooth and rich and is also known as amber rum.

Also known as high-proof rum, this rum is used as the float or dash in a cocktail. This rum has to be consumed only after diluting it as it contains 75% pure alcohol.

A mix of pineapple, coconut and rum, this is a tropical rum cocktail.

In a blender, blend all the ingredients until smooth. Transfer the cocktail into a tall frosted glass. Garnish with pineapple wedge, serve.

This drink gets its name from an island in West Indies that grows cinnamon that is used in the cocktail.

Place ice cubes in the cocktail shaker and pour the rum over it. Add the vermouth and the orange juice. Shake well, strain into a chilled cocktail glass. Garnish with cinnamon and serve.

This cocktail was very famous during the 19th century. Planter's punch originated from an Indian drink, punch i.e. panch in Indian vernacular meant five, five ingredients were used to make that Indian drink.

This fruit juice and rum drink was created during the Second World War at Pat O'Brien's bar in New Orleans. It gained its popularity in 1939 during the New York World fair. The drink was named hurricane after it was served in a hurricane lamp-shaped glass.

A strong cocktail prepared from a combination of fruit juice, liquor and rum. It serves as a perfect party drink. The fruit juice in this cocktail masks the strong rum flavor.

In a cocktail shaker, add ice and empty all the ingredients into it. Shake well. Strain into a high ball glass along with ice.

Daiquiri is rum based. Besides rum, all that you need to make daiquiri is lime or lemon juice and simple syrup. In case, you do not have simple syrup, add two parts granulated sugar to one part water. Let the mixture boil. Stir and dissolve the sugar. Allow the syrup to cool and store in a bottle.

Daiquiri was the favorite drink of Hemingway; daiquiri is a combination of lime juice and rum.

In a cocktail shaker, squeeze the lime juice. To this add the balance ingredients along with crushed ice. Serve in frosted cocktail glass.

Highball glass that is not very slender and is more decorative.

Hurricane glass with a huge capacity; it is mainly used to serve tropical cocktails where lots of ice is used. The capacity of this glass is 240 – 300ml.

Old-fashioned glass is used to serve cocktails on the rocks.