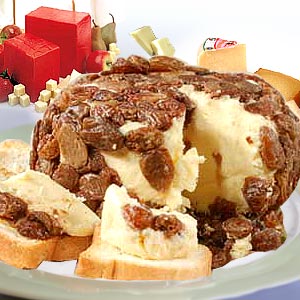 Bake or no bake, cheesecakes are an all-time favorite. Pick out the recipe for your favorite cheesecake and learn vital tips to coming up with yummy cheesecakes.

Melting in your mouth, cheese and cake coalesce to produce a lip smacking dessert. None of us can resist this mouth-watering and delicious dessert. Cheesecake is an all-time favorite dessert. Try these mouthwatering cheesecake recipes.

What is a cheesecake?

Cheesecakes are cheese-based desserts that are generally prepared with soft fresh cheese accompanied by sugar, egg, and cream. Rum or chocolate is added for flavor and fruits like strawberry are used for toppings. The topping or the filling in a cheesecake is crusty. Digestive biscuit, cookies, or a pastry can be used for this purpose. Cheesecakes can also be topped with fruit sauces if fresh cheese is the key ingredient in baking the cake. Cheesecakes can be classified into two types

Plenty of recipes are available to bake cheesecakes and with a blend of judicious flavors, you can come up with tasty cheesecakes. You can choose to add:

The crust that is used to bake the cheesecake plays a vital role in imparting the perfect taste to the cake. Commonly used crusts are:

Vancouver style cheesecakes, as they are referred to, are light and are made without a crust. Vanilla and chocolate flavors are predominantly used in baking cheesecakes; they are served after refrigerating them for a while. They are served with raspberries, cherries or Columbia strawberries.

Mizithra cheese and Mascarpone cheese are used to bake this style of cheesecakes.

Cheesecakes are light and gelatin is used as the binding ingredient. These cheesecakes derive their flavor from Neufchatel cheese (variety of cream cheese).

The main ingredients are egg and corn starch; they have a soft and silky texture.

Quark cheese is used to bake German style cheesecake; Germany is very popular for its distinct flavors of cheesecakes.

Mascarpone or ricotta cheese is used for baking. Sugar is used instead of honey, barley flakes and vanilla extract is used to bake this cake. Bay leaves are not used; at times small pieces of candied fruits are added. Roman cheesecakes blend ricotta-like cheese and honey with flour and are shaped into loaves. Few recipes use bay leaves, as these leaves act as a preservative.

This cake, as the name suggests needs no cooking and is very simple to make. This cake has a fluffy appearance and is lighter in consistency. This cake has to be refrigerated before serving. Pre-mixes are available in the market to prepare these types of cheesecakes. The pre-mix includes the crust and the filling.

British/ Australia/Asian cheesecake: Cheesecakes are not baked or cooked but are served as cold desserts in the United Kingdom, New Zealand and Australia. Cheesecakes in these countries are made from a combination of broken digestive biscuits and butter. The mixture is then put into a dish and spread evenly at the bottom layer of the cake. The topping or the filling is made from a combination of cheese, sugar, milk, and gelatin (optional).

Though only a few ingredients go into the making of a cheesecake, you should know when to stop baking it. Follow these useful tips and bake the best of cheesecakes:

Preheat oven to 350 F. Use paper liners to line muffin tins. Crush the vanilla wafers; put ½ spoon of this crushed wafer into each of the paper cups. Beat sugar, eggs, cream cheese, and vanilla in a mixing bowl until the mixture gets light and airy. Fill this mixture in the muffin tins until it is almost full. Bake for fifteen minutes. Cool and serve with a teaspoon of cherry filling as topping.

Preheat oven to 325 F. In a mixing bowl, beat cream cheese, sugar and vanilla extract, until it gets soft. Add eggs one by one and beat well. Spread 1 cup of the batter at the bottom of the crust and keep it aside. To the balance batter, add cinnamon, pumpkin, cloves and nutmeg and stir it thoroughly. Spread this mixture in the crust over the already spread layer of batter. Bake for forty minutes, the center should be a little wobbly. Allow the cake to cool gradually and refrigerate for a minimum of three hours. Serve with whipped topping.

Blend the cream cheese, vanilla extract, and sugar until it turns into a soft mixture. Fill the mixture in the pie crust. Top with apple pie topping. Refrigerate for two hours before serving.

Mix crumbs, margarine and sugar and place it in the bottom of a 9 inch spring shaped pan. Allow the gelatin to soften in warm water, keep stirring until it melts well. Blend the cream cheese and sugar in an electric blender. Chill the mixture until it gets thick and add the whipped cream. Spread this over the crust and chill it until it gets rigid. Top with strawberries before serving.