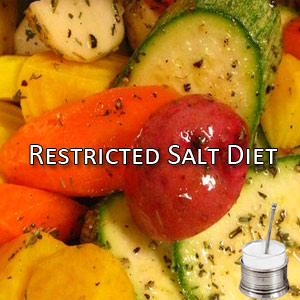 While sodium is the body's main electrolyte, those suffering from hypertension or kidney problems are advised to go on a restricted salt diet. Find out tips to reduce sodium consumption without causing serious assault on your taste buds.

Sodium is the body's chief electrolyte. It plays a significant role in the maintenance of fluid electrolyte balance at the cellular level. Many organ systems such as muscular system, nervous system are associated with the electrolytic function of sodium. Sodium is predominantly found in the fluid connective tissue blood and lymph. Sodium helps in the regulation of blood pressure and blood volume.

The adrenal glands help in the regulation of sodium levels in the body through the hormone aldosterone. The predominant source of sodium is obtained in the form of sodium chloride also known as common salt. The other sources include food products containing sodium carbonate.

In addition to these sources, medications such as laxatives, anti-inflammatory drugs of non-steroidal origin and also antacids contain high amounts of sodium concentrations.

Those suffering from hypertension or kidney problems are often prescribed a low sodium diet. It is indeed not so difficult to follow a restricted salt diet. Look up our helpful tips.

Processed foods contain increased amount of sodium to enhance the taste and also to act as preservative. The types of preservatives may include sodium carbonate, monosodium glutamate, sodium benzoate and sodium nitrate. For many economic reasons, sodium is included in processed foods to increase the shelf life of the product. Other reasons for this are to prevent the growth of food associated pathogens.

High sodium levels in the body can lead to many health complications, according to the American Heart Association. Research pertaining to this subject has unveiled many critical health scenarios which were based on the increased sodium intake. Health complications related to increased sodium intake include hypertension, congestive heart failure, cirrhosis of liver, renal disease etc.