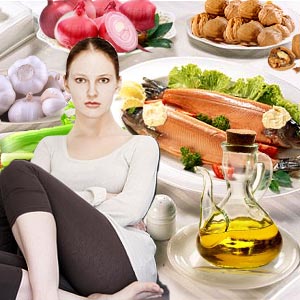 An elimination diet is a method of identifying foods that you cannot consume without having adverse effects. Phased over nearly 8 to 10 weeks, this diet seeks to remove certain foods from your diet to help identify possible allergens.

Phased over nearly 8 to 10 weeks, the Elimination diet seeks to remove certain foods from your diet to help identify possible allergens. It is aimed at clearing the body of foods that might be sensitive or allergic to the body. Often an elimination diet plans helps deal with inflammation and chronic fatigue too. This works out better than laboratory reports that usually knock out many foods from your diet and are yet not accurate. With an elimination diet, you can try out and test for yourself.

Interestingly, Hippocrates in his writings dating back to 400 BC discussed the role of adverse food reactions contributing to health complaints. It was not until the 20th century that research studies on food allergies became popular.

What is elimination diet ?

An elimination diet is a method of identifying foods that you cannot consume without having adverse effects. Food allergy, food intolerance and other physiological mechanisms or a combination of these could cause adverse reactions. Elimination diets help to identify and entirely remove the suspected food from the diet for a period of time. This could vary from two weeks to two months, and waiting to determine if symptoms resolve during this time period.

Common reasons for undertaking an elimination diet include suspected food allergies and food intolerances. For instance, eggs, milk or any non-nutritive substance such as artificial food coloring may be eliminated.

Elimination diet relies entirely upon trial and error to identify specific allergies and intolerance. If symptoms resolve after the removal of a food from the diet, the food is reintroduced to check if the symptoms reappear. This is called the challenge-dechallenge- rechallenge approach which is useful in patients with intermittent or vague symptoms.

Elimination diet need not necessarily be only out of medical necessity and it could completely be by choice. Some common elimination diets include:

Veganism, when all animal products are removed from the diet including meat, dairy, fish, eggs and even honey.

Vegetarianism which is a less extreme version of veganism, a diet which does not include meat but dairy products, eggs are included.

Gluten free diet when all grains that contain gluten are eliminated from the diet. This includes wheat, barley and rye and potentially oats.

As several people are affected by food allergies and food intolerance, nutritionists and physicians increasingly believe that the only definitive way to identify and manage adverse food reactions is through elimination diet.

By following elimination diet, the food suspected to cause allergy is eliminated for a period of five days to three weeks until the symptoms subside. Depending upon the severity and type of symptoms, the elimination diet may range from moderately to severely restrictive in the amount of food allowed to be consumed.

Hypoallergenic food including lamb, pears, apples, rice, most vegetables, most legumes and beans, and 'non gluten' grains like millet, amaranth etc are included in elimination diets. Once your body adjusts to the absence of suspected food, these foods are systematically added back into the diet and any resulting symptom is recorded for study.

Perhaps an alternative way to manage adverse food is to follow a rotation diet in which problematic foods are eaten only once in four days. Allergy avoidance diet is specially suited to those suffering from irritable bowel syndrome, migraine, rheumatoid arthritis and asthma.

Allergic reactions to food called hypersensitivities can be either immediate or delayed. Immediate hypersensitivity reaction can occur within hours or even few minutes after food is eaten. In some rare cases it can cause anaphylactic shock, a life threatening condition where the throat swells and blocks the passage of air. Some foods that can cause immediate allergic response include milk, eggs peanuts, soy, strawberries, wheat, and fish and shell fish.

Only through careful dietary manipulation such as elimination diet or rotation diet can such hidden food allergy be identified. Eggs, wheat, soy products, peanuts, shell fish, and refined sugar produce such delayed hypersensitivities.

Food intolerance is an umbrella terms used to refer any abnormal physiological response to food that does not cause any enzyme deficiencies. Others are caused by sensitivity to a natural or synthetic chemical.

Perhaps the most common food intolerance is lactose intolerance. Those with lactose intolerance do not produce enough digestive enzymes called lactase, which breaks down the milk sugar found in dairy products. When too much undigested lactose makes its way into the large intestine, people suffer from gas or diarrhea.

Other medical reasons for elimination diet

Elimination diet is followed for illnesses and diseases, when your immune system is continuously trying to lessen the danger represented by substances called antigens. Human bodies recognize antigens as dangerous and take steps to neutralize them. And antigens can be found in most food proteins and in microorganisms like bacteria.

During the initial stage of elimination diet, some food must be removed. These include lamb, fish such as trout or mackerel, vegetables such as parsnips, turnips, sweet potatoes, yams, celery, zucchini and carrot. Fruits such as peaches, pears are also included in the list. Some doctors suggest that hormone free turkey, rice and millet should be included. Only filtered water should be consumed.

While previously eaten foods can be reintroduced after a period of time, say two weeks, it is recommended to reintroduce foods that are less likely to be allergenic such as vegetables and fruits, meats and chicken, beef and nuts and seeds such as almond and sesame, grains such as quinoa and buck wheat.

Wheat intolerance, wheat allergy and wheat sensitivity are some frequently used terms to describe adverse reaction to food. It is classified primarily as gluten grain.

Gluten is the complicated mixture that is left out when dough is washed. Other cereal grains such as oats can produce gluten. Gluten proteins include albumins, globulins, prolamins and glutelins, which are found in wheat. While prolamin proteins are found in wheat, gliadin in oats, avenlins in corns and barley are hordeins.

Wheat is linked to food allergy as it contains alpha gliadin polypeptides including peptide A, B and C. Different types of prolamin protein found in wheat and other cereal grains prompt allergy. Hence, wheat, oat, barley, rye are all referred to by the term 'gluten grains'. The recommendation is to avoid gluten grains.

Certain other components of wheat germ include a glycoprotein which is present in significant amount in wheat, though not in other grains. These are non gluten source of wheat allergy.

Celiac disease is a health condition that is associated with people with simple gluten intolerance. The role of a specific enzyme called tissue translutaminase appears to be especially important in celiac disease.

There are many who are unable to tolerate natural and synthetic chemicals such as sulfites that appear in abundance in food supply. The sulfur containing preservatives are used in dried fruits, wines and many processed foods. It is estimated that at least 1% of all people with asthma are sensitive to sulfites.

Synthetic food colorings include food dye and color yellow tartrazine which are problematic for many which is why after eating in restaurants many become bloated or experience severe headaches.

Salicylates are naturally occurring food substances that are found in many vegetables, herbs, spices and fruits. These have been associated with a number of symptoms including mental confusion, depression and migraine headaches.

In some patients certain fumes and odors may also cause symptoms. Hence, they are advised to avoid exposure to products like petroleum, paints, cleaning agents, perfumes, smoke and pressure pack sprays.

Clinical improvement usually occurs over two to four week period and if there is no change after strict adherence to the elimination diet and precipitation factors, then normal diet can be resumed by gradually introducing suspected and eliminated foods. A strict elimination diet is not usually recommended during pregnancy although a reduction of suspected foods that reduce symptoms can be helpful.