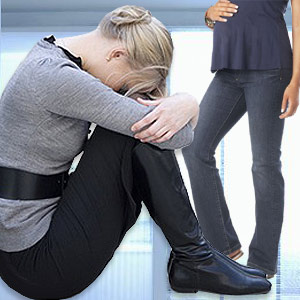 One of the most difficult things a woman can perhaps experience is the loss of a fetus. But it is an occurrence experienced by many women who conceive. The statistics are sketchy, but most cited references confirm that 10 to 25% of pregnancies result in a miscarriage. But perhaps the more painful experience is to lose an unborn child more than once.

The important thing to remember here is that this condition is treatable. But first the cause of the condition must be identified to ensure that the right course of action be taken. Below is an overview of the various reasons that may cause recurrent miscarriages.

Anatomical Reasons:Sometimes a woman's uterus is built in a way that makes a successful pregnancy a difficult if not impossible task. Abnormal uterine shape or weak cervixes are predominant anatomical causes that lend to recurrent miscarriages. In some cases, uterine abnormalities may be treated by surgery.

Hormonal Causes: Various hormones including progesterone play a key role in the fertilization process and in the development of the embryo. Low levels of progesterone have been noted to cause recurrent miscarriages. Certain disorders such as Polycystic Ovarian Disease create an imbalance in the body's hormones and have been known to have an adverse effect on fertility and pregnancy. Various thyroid-related disorders may also contribute to recurring pregnancy loss.

Immunological Causes: Our immune system is built to protect our bodies from foreign and harmful elements. Sometimes, this system does not function in out best interest. Recurrent miscarriages have been caused by a woman's immune system that treats a growing fetus as a harmful foreign body and destroys vital tissues in the uterus, resulting in a miscarriage. Also, blood clotting issues due to excessive anti-phospholipid antibodies in the bloodstream contribute to recurring miscarriages.

Other reasons that may contribute to recurrent miscarriages include maternal age, lifestyle choices such as heavy smoking and drinking, drug abuse, diabetes, and exposure to X-rays or chemical/industrial toxins.

Most doctors initiate a complete workup after a woman has miscarried twice. Once the reason(s) has been identified, today's scientific advancement provides for several treatments and solutions. Surgery, chromosome analysis, hormone therapy and anti-coagulants, all aid is diagnosing and correcting the problems that cause recurrent miscarriages. The prognosis is very positive as up to 75% of women who suffer from recurrent miscarriages are able to successfully give birth to healthy babies.

The most important thing though is not to become frustrated or give up. There are several available solutions to the various causes of recurrent pregnancy loss, but the toll on your mental well being and those of your loved ones may be the most difficult thing to deal with. Remember that a positive attitude, loving family and friends and perhaps some professional help will go a long way in helping you deal with this challenge.