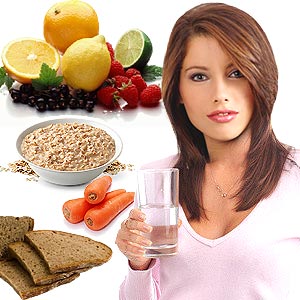 Constipation during pregnancy can begin as early as after conception and can continue till the end of the term. Relief from constipation has been quite a worry for all expectant mothers. Read on to find more about the causes behind this symptom and a few remedies and tips to keep the bowels moving during pregnancy.

Causes for Constipation during pregnancy

Hormonal Factors: The placenta produces a large amount of the hormone progesterone during pregnancy. This hormone relaxes the ligaments lining the intestinal walls and slows down the contractions that are required for the digested food to move through the body. This increases the time taken to digest the food. As the food stays for a longer while in the large intestine, most of the water in the digested food is absorbed making the stools dry and hence resulting in constipation.

Apart from this, pregnant women, who are hypothyroid, suffer from constipation due to the lack of adequate levels of T4 hormones in their body.

Physical Factors: As the pregnancy progresses, the fetus keeps growing and exerts pressure on the intestinal tracts further slowing down the digestion process and contributes to constipation during pregnancy. Lack of enough exercise to keep the bowels moving is another common factor inciting constipation.

Symptoms of Constipation during Pregnancy

The symptoms that characterize constipation during pregnancy usually vary based on the severity of the condition. The most notable symptoms are the following:

Treatment for constipation during pregnancy

Use of prescription medicines, over-the-counter laxatives are generally not encouraged by doctors to treat the discomfort caused by the symptom. However, they are left with no choice when the symptoms are severe.

Caution must be exercised while using laxatives as the digestive system gets dependent on them and the condition may persist even after pregnancy. Stool softeners, oral medication and bulk producing laxatives should only be used under the prescription of a doctor as they may contain elements which counter affects the growth of the fetus.

Bedridden pregnant women are prescribed the use of an apparatus called incentive spirometer which requires the patient to breathe into a mouthpiece and help in clearing the lungs and also aid in bowel movement.

Doctors usually recommend the following lifestyle changes to alleviate constipation before the onset of medical treatment.


Other tips to avoid constipation during pregnancy

Always consult your doctor if the symptoms are too severe or if there is blood in the stools.

Top of the Page: Constipation during pregnancy
Popularity Index: 100,332