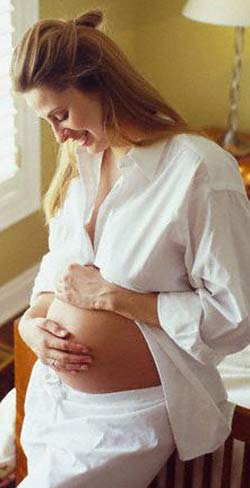 Bleeding during pregnancy is a common pregnancy problem that alarms many a woman. Read through this informative guide on various pregnancy complications that can threaten a pregnancy. This article throws light on ectopic pregnancy, diabetes during pregnancy and miscarriage.


A common pregnancy problem is urinary tract infection. This happens due to the enlarged uterus slowing the flow of urine by pressing against the tubes. Such infections can lead to pregnancy complications such as preterm labor and premature rupture of the uterine membranes.

Symptoms of an ectopic pregnancy are abdominal pain, bleeding and weakness and dizziness. Ultrasound is used to detect this type of pregnancy. An ectopic pregnancy will require you to have surgical treatment done as soon as the diagnosis is done. Surgical procedures are followed in instances where the tube ruptures or there are other complications. Chemical treatment of tubal pregnancy is done in non-urgent cases so as to dissolve the pregnancy without any harm to the tubes and other organs. The efficacy of the chemical treatment is done by monitoring the HCG levels.

Pregnancy diabetes is a type of diabetes that occurs during gestation and disappears after the delivery. Pregnancy is a situation when more insulin is required by the body. In the event that the pancreas does not produce them in adequate amount, diabetes occurs. After childbirth, the need for insulin comes back to normal levels and gestational diabetes disappears. But women who have had pregnancy diabetes run an increased risk of developing Type 2 diabetes later. This risk can be substantially reduced by maintaining a healthy body weight, exercise and diet. Pregnancy diabetes has no external symptoms and can be detected through screening and measuring the blood glucose values.

Progesterone is used as a fertility drug or as supplements administered after ovulation. This hormone is also used in most forms of assisted reproductive technology (ART). Progesterone in pregnancy is given either as pills, injections, gels and sublingual capsules. Progesterone plays an important role in pregnancy by maintaining the functions of the placenta and fighting off unwanted cells near the womb.

Progesterone in pregnancy plays the important role of preventing the uterus from any spasms or spontaneous movements. Strengthening the pelvic walls to prepare for labor is another important function of progesterone hormone in pregnancy. At the end of the pregnancy, progesterone levels secreted by the placenta drop. This leads to uterine contractions and subsequent labor.

Nearly 15-20% of pregnancies result in a miscarriage, more so in the first three months. When miscarriages happen three or more times, it is referred to as repeated miscarriage or habitual abortion. Causes of miscarriage can be many:

Pregnancy after a miscarriage need not be a difficult process. The chances of a successful pregnancy after miscarriage are high. Once the cause of the miscarriage is determined, the future pregnancy can be undertaken with special monitoring. It is generally advised that you should go in for a complete physical examination for blood assay, genetic counseling and testing of reproductive organs. Those who have had repeated miscarriages can go into for ultrasound and hysteroscopy to visualize the reproductive organs and detect any structural problems of the uterus, if any.

These days the term chemical pregnancy is discussed often. What is a chemical pregnancy? It is a clinical term used to describe a pregnancy that is confirmed by a test but not by clinical signs. The blood HCG levels are low and it is believed that fertilization occurs and the egg attached itself to the uterine wall but the embryo doesn't develop. This blighted ovum is the cause of nearly half the miscarriages occurring in the first trimester.