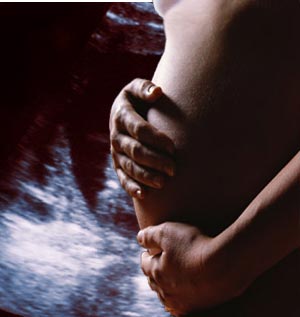 Understand how an ectopic pregnancy puts an expectant woman's life at risk. Find out the signs and symptoms of tubal pregnancy and how it is tackled.

An ectopic pregnancy is a rare medical condition where the fertilized egg is implanted outside of the uterine cavity. This is a life-threatening situation since there is a risk of rupture and hemorrhage. Learn more about the signs and symptoms of ectopic pregnancy. Find out what puts a woman at increased risk of tubal pregnancy.

In rare cases, a fertilized egg does not implant itself on the uterus but instead gets implanted outside the uterus. In most cases, this type of implantation takes place in the fallopian tubes. Ectopic pregnancy or tubal pregnancy is a medical emergency that needs to be attended to immediately.
When the embryo implants itself outside the uterus, it neither gets the requisite space nor nourishment that is so essential for its growth. The fallopian tubes are too narrow for a rapidly growing pregnancy and there is every likelihood of rupture. The rapidly growing fetus can lead to bursting of the organ on which it has been implanted and there may be severe bleeding. This puts the life of the expectant mother in danger.