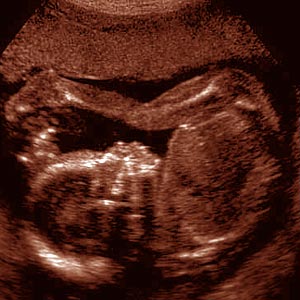 Late term abortion is highly risky and contentious as the fetus is more developed and at times viable too. A late-term abortion usually refers to an induced abortion procedure carried out after the twentieth week of gestation.

Late term abortion is usually performed as an out-patient procedure and does not require hospitalization. Late term abortions are not legal though it is legal to terminate a pregnancy up to birth if there is a serious risk involving physical or mental abnormality of the fetus or the mother.

There are different methods of late term abortion. The gestation period of the fetus determines the type of abortion to be chosen. Gestation period is calculated by counting the number of weeks from the first day of the woman's last menstrual period (LMP). The three medical procedures associated with late-term abortions are:

Dilation and evacuation (D & E): The cervix is dilated and fetus is removed by inserting forceps and suction tube into the uterus. After the removal of the fetus, vacuum aspiration is used to remove the remnant tissues. The procedure generally takes between 10-20 minutes and if the patient is healthy there will not be any complications. Patient might experience bleeding for up to 14 days. This procedure is carried out during the second trimester.

Intact dilation and extraction(IDX or D & X): Also known as partial-birth abortion, this procedure is a 2-3 day process. The cervix is dilated and forceps are used to grab the fetus's leg to place it in breech position. After this the fetus is partially pulled out of the birth canal (the head remains inside the canal). An incision is made at the base of the skull to remove the brain tissue; this forces the skull to collapse. After this the entire dead fetus is removed. This procedure is carried out during the third trimester; these abortions are very rarely performed these days.

Late term abortions are tough both, physically and mentally. Any clinic that offers such service should ensure the well-being of the patient. The following procedures will be completed before the procedure:

Confirmation of pregnancy: The hospital will get an ultrasound done to confirm the exact gestation period.

Counseling: Counseling is very essential for every woman who opts for late term abortion as it will help her deal with mental stress. Counseling services should also offer information about the procedure and the possible risks and complications involved.

Prior to the abortion

After the abortion process, the patient will be sent to the recovery room and educated about after- care. The patient should return to the hospital for a follow-up check-up as advised by the doctor.


Late term abortion scenario in the US

An observation is that out of the total number of abortions performed per year only 1% occurred at 21 weeks or more gestation. Late-term abortions are more common in New York, Georgia followed by New Jersey.