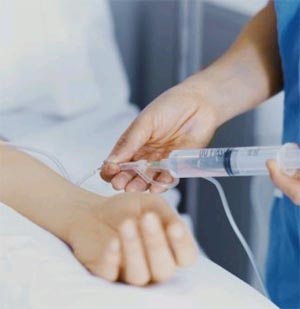 Read this informative article on epidural injections and how they are being used during childbirth.

The human body has a membrane (dura membrane) that covers the spine and the nerve roots in the neck. Epidural space surrounds the dura membrane. Through the epidural space, nerves travel to the neck shoulder and arms. Due to inflammation of these nerve roots, severe pain is caused in these regions. The inflammation occurs due to irritation from a damaged disc or from contract with the bony structure of the spine. An epidural injection places anti-inflammatory medicine into the epidural space. The epidural injection can cause loss of sensation or anesthesia or Loss of pain or analgesia.

This happens through blocking the transmission of pain signals through the nerves in the spinal cord. Epidural injections help reduce pain in the neck shoulders and arms. They also help in healing injury by reducing inflammation. Studies reveal that epidural injection provide short-term pain relief for patients when conservation treatments have failed.


Procedure for an epidural

As a first step before administration of an epidural, an IV is given with relaxing medications. The next step is that the physician numbs a small area of the skin with numbing medicine. As the next step, the physician then directs a small needle using x ray guidance into the epidural space. A small amount of contrast dye is injected to insure that the needle is properly positioned into the epidural space. Finally, a small mixture of numbing medicine or anesthetic and anti inflammatory injection is injected.

Conditions where epidurals are normally used


Complications of epidural use

Epidural injections provide immediate relief from pain in most cases. Epidurals can be used for normal vaginal birth, a vaginal birth with forceps or for vacuum extraction and sometimes even for surgical, caesarian birth. Spinal anesthesia with a smaller needle is administered for caesarian section. These days the kind of epidurals used leave the mother wide-awake and aware of everything going on during the birth of her child. However, pain relief produced by epidurals is bound to vary from one woman to another.

Risk of an epidural for mothers