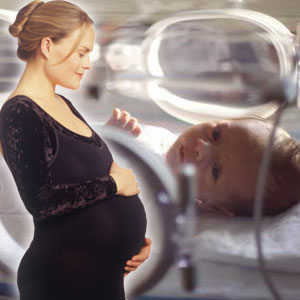 Many high risk pregnancy factors and causes can be overcome by specialized medical and personal care. Check out what factors can jeopardize a pregnancy.

It is estimated that about 5- 10% of pregnancies can be called 'high risk'. Studies reveal that in the forthcoming years, one out of every four pregnant women is likely to experience complications. A pregnancy is termed 'high risk' when it is complicated and the life and health of the mother and the fetus may be at risk. The babies born out of high risk pregnancies are preterm and prone to serious health problems.

Mothers with chronic medical conditions like diabetes, cardiac disorders, chronic hypertension, and asthma or with suspected RH negative and genetic problems suffer high risk pregnancies. But all is not lost for high risk mothers. Families and mothers can successfully cope with medical intervention, education and a strong support system to overcome and deliver healthy babies.

A woman's medical status, lifestyle or external factors may be the cause for high risk pregnancy. Some complications are unavoidable, while the risk in some others can be minimized by the help of the gynecologist / physician. Many times complications can also occur without any warning signal. Sometimes causes and risk factors can be identified early and suitably treated.

Anemia in pregnancy: Anemia occurs when the red blood cells are too few in the body. This leads to a lowered ability of the red blood cells to carry oxygen. Since the fetus is dependant on the mother's blood anemia can cause poor fetal growth, preterm birth and low birth weight. Anemia of pregnancy, iron deficiency anemia, vitamin B 12 deficiency, anemia due to blood loss, folate deficiency anemia are some of the types of anemia during pregnancy.

Anemia is diagnosed during the prenatal examinations through routine blood test for hemoglobin and hematocrit levels. Specific treatment for anemia is rendered depending on the severity of the condition. This includes intake of iron supplements, citrus juices and good sources iron like meats, poultry, fish, leafy greens, legumes, yeast and cereals.

Preterm labor: In high risk pregnancies more than 11% of the babies born are preterm. Preterm labor begins before completion of thirty seven weeks of pregnancy. Preterm labor may mean either uterine contractions, rupture of amniotic sac and/or cervical dilatation. Many factors can contribute to preterm labor. Some of the key factors are:

Treatment for preterm labor includes bed rest for the mother at home or hospital, medications inclusive of corticosteroids, cervical cerclage whereby the cervix opening is sutured and cesarean delivery of the baby in certain cases if the fetus or mother is in danger.

Intrauterine Growth Restriction (IUGR): This is a condition in which the fetus is smaller than expected for the number of weeks of pregnancy or there is fetal growth restriction. Newborn babies with IUGR are small for their gestational age. The baby's fetal weight is less than the 10th percentile. The fetus with IUGR may be born at term or prematurely. They appear thin, pale and have loose dry skin. Some have a wide eye look.

IUGR can begin at any time of pregnancy. While early onset of IUGR is due to chromosomal abnormality, late onset is due to other related problems. Although it is not possible to prevent IUGR, it can normally well managed by the doctor.

Generally the earlier and more severe the growth restriction, the greater the risk. Careful monitoring of the fetus growth is needed in all cases of IUGR. This is done by ultrasound and Doppler studies and mother's weight gain monitoring. Other ways to watch the potential high risk is by fetal movement counting, non stress testing, and biophysical profile examination.

RH disease: This disease occurs when there is incompatibility between the blood of the mother and the baby. This again is a high risk factor in pregnancy.

Gestational diabetes: Diabetes in pregnancy can have serious consequences for the mother and the fetus. The severity of the problem depends upon the degree of the mother's diabetic disease. In the US about 9 % if women have diabetes and one third of them do not know it. 2 to 3% of women develop diabetes during pregnancy called gestational diabetes. Here the mother who does not have diabetes develops a resistance to insulin because of the hormones of pregnancy.

Untreated high blood pressure during pregnancy could hinder blood flow in the organ systems of the expectant mother. Complications such as placental abruption may result because of high blood pressure. Pregnancy induced hypertension can also potentially cause dangerous seizures and even death in the mother and fetus if left untreated.

HELLP syndrome: This is a serious complication of severe pregnancy induced hypertension and in occurs in about 2 to 12 % of women. It develops before delivery. HELLP syndrome can result in breakdown of red blood cells causing anemia and blood clotting problems leading to disseminated intravascular coagulation.

Underweight or over weight mothers, mother with previous preterm birth, poor nutritional status, previous pregnancy loss, family history of genetic diseases, infertility medications are some of the other factors which need to be considered from preconception stage. Pre-existing medical conditions coupled with life style factors contribute to high risk pregnancies in most mothers to be.

However external risk factors like consuming alcohol, smoking, drug abuse, exposure to high temperatures and altitudes, exposure to radiation can also pose a potential and serious threat to the growing fetus.