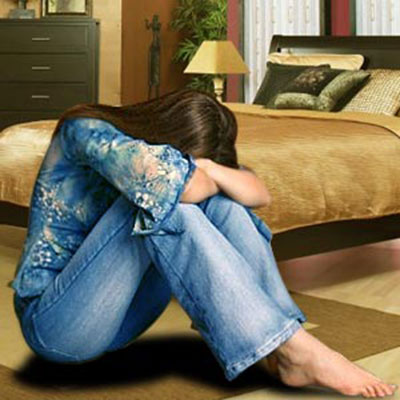 Instead of gradual menopausal changes that can take few years to occur, changes can happen quite dramatically, seemingly overnight. Degeneration of ovaries prematurely is the first sign of menopause. Many invasive surgeries can also contribute to early menopause.

While menopause heralds the gradual cessation of the menstrual cycle, in premature menopause this process is escalated. Instead of gradual menopausal changes that can take few years to occur, changes can happen quite dramatically, seemingly overnight. Very simply, if a woman enters menopause after forty years of age, then it is called natural menopause. When it comes early, it is called premature menopause. While menopause happens after forty years of age, in some women it may even occur at sixty.

Menopause is a loss of naturally occurring hormones. It is the cessation of egg production and end of periods. Women who enter menopause are no longer able to get pregnant. Degeneration of ovaries prematurely is the first sign of menopause. Many invasive surgeries can also contribute to early menopause.

It is a fact that younger women as early as their late thirties seem to experience the onset of menopause. This can come as a shock for many and they face an extremely depressing time. They even prefer to hide the fact from family and friends. It is estimated that premature ovarian failure affects approximately 1 to 4% of female population in the U.S.

Signs and symptoms of premature menopause

The same set of signs and symptoms as with natural menopause can be seen in premature menopause as well. Hot flashes, night sweats and vaginal dryness signify premature menopause. Changes in body shape are common and there is tendency to put on weight around the abdomen. Water retention and menopause usually go together.

Fluctuation in hormones can cause emotional ups and downs, anxiety and depression. As estrogen levels reduce dramatically, changes in body functions occur. As premature menopause is abrupt in nature, it may be shocking to a woman who is undergoing the process. She is suddenly confronted with profound changes in her body. The periods are heavier or lighter than usual.

Women undergoing premature menopause can experience symptoms in a more severe fashion that those undergoing menopause naturally. Some of the symptoms are:

Most of the time doctors are unable to determine the cause for menopause in younger women although sometimes there may be obvious causes for premature menopause.

The condition need not necessarily be permanent. Premature ovarian failure may be attributed to auto immune disorders which are responsible for more than 65% of POV cases. Certain genetic disorders such as Turner syndrome and Fragile X syndrome may be involved in POV.

It is estimated that about 5% of women enter the menopause stage early in keeping with the tradition of their mothers. There are also cases of women who are born with very few eggs and this causes menopause to occur years before it should.

Certain specific health reasons could force the menopausal stage. For instance, women suffering from endometriosis, polyps or ovarian cancer undergo an oophorectomy, which is surgical removal of ovaries. These cut off ovarian functions causing the estrogen levels to drop suddenly and thereby forcing menopause.

Several invasive surgeries can cause onset of menopause early. Any kind of reproductive surgery hysterectomy can play havoc on the immune system and relate to premature menopause. In some women who have their tubes tied after a pregnancy experience early onset of menopause.

Ovarian cancer is the sixth most common cause of cancer death in women. There are no reliable early detection tests for ovarian cancer and only 25% of diagnoses are at early stage.

Chemotherapy can cause premature menopause. Some women who have undergone cancer treatment temporarily enter menopause while some enter it permanently. This is due to the fact that chemotherapy and radiation not only kills cancer cells but also healthy cells.

Declining estrogen levels and age related loss of muscle tissue, lifestyle factors such as lack of diet and exercise can cause weight gain in women at menopause. Many menopausal women experience significant weight gain. Hormonal changes could be the possible cause for weight gain. Decrease in muscle bulk and metabolism that slows down can cause menopause.

Estrogen levels influence the body fat distribution. Women of child bearing age tend to store fat in their lower body. And lack of estrogen leads to excessive weight gain. Other than the declining estrogen levels, there are certain other factors that can contribute to weight gain after menopause. These are:

Weight gain should not and cannot be linked to any hormone replacement therapy. Although some women can experience symptoms at the start of HRT treatment, including bloating and breast fullness, it cannot be misinterpreted as weight gain as these symptoms could disappear once the therapy is modified to suit individual's body.

Osteoporosis is the weakening of bone and the loss of estrogen levels during menopause resulting in increased bone loss. It is estimated that on an average woman lose up to 10% of bone mass in the first five years after menopause.

When the estrogen level drops, increased bone loss is maintained. Peak bone mass is attained when the skeleton has stopped growing and bones are at their strongest. Certain lifestyle changes help reduce the risk of developing osteoporosis. This includes regular and appropriate physical activity involving resistance training exercises with weight control.

Seek guidance from a health professional while embarking on an exercise regimen. However, there are certain general recommendations which need to be followed while performing exercises as follows:

Although premature menopause is unlikely to be reversed as it is the result of an underlying process, there are certain medical prevention and treatments available for treatment of menopause. Some of the factors considered are:

Bisphosphonates: These prevent bone loss by preventing absorption of bone cells. These are commonly used for treatment of bone diseases like osteoporosis and Paget's disease. Bisphosphates may be taken daily or weekly. But bisphosphonates should not be consumed by pregnant women, those suffering from kidney and heartburn or inflammation in the esophagus.

Selective estrogen receptor modulators are yet another class of medication which acts by blocking the estrogen effect at some receptor sites and at the same time prompting estrogen effect at others. As such the body contains estrogen receptors which are located on body tissues including bone. These receptors can be seen to respond to the hormone estrogen. They also help increase the bone density especially in the spine area. SERM exhibits potential side effects including hot flushes and slightly increased risk of deep vein thrombosis.

Hormone replacement therapy (HRT) is most sought after by women who have undergone early or premature menopause. This helps to relieve many menopausal symptoms such as vaginal dryness, hot flushes and night sweats. After surgery, if menopause symptoms appear very sudden and severe, these can be lessened by appropriate doses of estrogen.

HRT is a first line treatment for osteoporosis in young women and those in their fifties for up to five years. However, HRT has its inherent risk elements. It can potentially increase the risk of breast cancer, heart diseases and stroke. A lowest dose for the shortest time needed must be consumed.

Vitamin D and calcium supplements: Menopause leads to bone loss due to decrease in estrogen production and increased bone resorption and decreased calcium absorption. These supplements help reduce the incidence of bone fractures by about 30%. Five to fifteen minutes of sun exposure can boost vitamin D production and improve bone health. Osteoporosis is characterized by porous and fragile bones, and more than 10 million US adults of whom 80% are women suffer from this disorder. Adequate intake of a diet rich in calcium and vitamin D as well as regular exercises are critical to the development and maintenance of healthy bones.

Strontium ranelate: This is a trace element which is found in soft tissues, blood, teeth and bone. This element reduces bone loss and enhances bone formation. Intake of strontium ranelate in post menopausal women shows a reduction in both vertebral, hip and other fractures.

Top of the Page: Premature Menopause