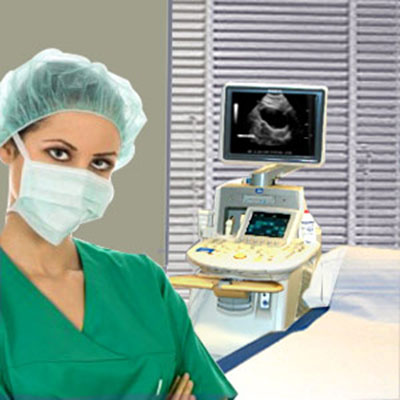 Enlargement of the uterus happens either during the childbearing age or beyond. Enlarged uterus can be due to fibroids, cysts, menopausal changes or even cancer.

Enlarged uterus is a very common occurrence in women approaching menopause. As the name suggests, enlarged uterus refers to the enlargement of the uterus. Any uterus larger than its normal size (around 30 - 40 gm) can be termed as enlarged uterus. Typically, a uterus measures about 7.5 cm. in length, 5 cm. in breadth, at its upper part, and nearly 2.5 cm. in thickness; it weighs from 30 to 40 gm. As women grow older, the shape and size of their uterus changes.

But if there is an abnormal change in the size or shape or if this change results in pain then it needs investigation. An enlarged uterus could indicate various problems too.

As women age, they are susceptible to various reproductive system disorders. Enlargement of the uterus is identified as one such problem in aging women. Enlargement of the uterus happens either during the childbearing age or beyond. When the uterus enlarges, the abdomen bloats and the enlarged abdomen is often clearly visible to the naked eye. In a few cases, the abdomen might not grow in size but the problem can be felt within. Most often, the woman might not even realize that she has an enlarged uterus. It is noticed by a doctor on physical examination or ultrasound.

Fibroids: Fibroid is one of the common causes of enlarged uterus, they are called uterine fibroids. Research points out that 40 - 45% of women suffer from uterine fibroids at some point in life. Fibroids are non-cancerous growth in the woman's uterus. They are a common occurrence during the childbearing age. Fibroids can show up either inside, outside or even within the uterus wall. Fibroids may develop as a single tumor or may be present in groups. The size of the fibroids varies from that of a pea to a melon.

If the uterine fibroid is small and causes no discomfort then it need not be removed.

Ovarian cysts: Cysts in the ovary can cause enlarged uterus. Ovarian cyst is quite common amongst women. Cysts are fluid-filled sacs present either within or on the surface of the ovary. Ovarian cysts are generally benign in nature and cause minimal or nil discomfort.

Ovarian cysts generally tend to disappear on their own, but in few cases they can lead to complications like enlarged uterus.

Cancer: Uterine cancer is common in aging women after the onset of menopause. Cancer commonly occurs in the lining of the uterus, the endometrium. This condition leads to enlargement of the uterus.

Women who are obese and suffer endometrial Hyperplasia are more susceptible for endometrial or uterine cancer. Unusual bleeding, pelvic pain and trouble urinating are typical symptoms.

Adenomyosis: This condition can cause uterus enlargement. The tissue lining the uterus starts growing within the uterine muscular wall; this condition is termed as adenomyosis. Adenomyosis results in painful menstruation, blood clots during periods, painful intercourse and cramps. But it could also be silent and merely result in a bulged uterus. It is common in women aged over 30 and is usually very painful. It usually resolves after menopause.

Menopause: Menopause in women can also lead to enlargement of the uterus

Severe abdominal pain and bladder incontinence could also be indicative of other disease conditions. It is advisable to check with the physician on the symptoms and signs.

To diagnose and confirm enlarged uterus, the physician might perform the following tests:

Based on the diagnosis, the physician will decide on the course of the treatment. Treatment includes:

Fibroids developing in the uterus can enlarge the uterus. The enlargement could either be severe or not as severe depending on the size and location of the fibroid. Few women have a distended abdomen similar to pre-menstrual bloating while yet others have bloated abdomens similar to pregnant women. Enlarged uterus is normally related to fibroids.

Fibroids are benign tumors that develop in the muscular wall of the uterus. They are common in women during their reproductive years. In the United States, fibroids are cited as the main reason for hysterectomy in women. In general fibroids do not pose any serious threat but might develop into one if left unattended.

Intramural fibroid is a type of uterine fibroid that leads to enlarged uterus. It starts developing as a small nodule on the muscular wall of the uterus. As it grows, the tumor expands inward and causes deformation and enlargement of the uterine cavity. Fibroids enlarge the uterus and can at times be felt in the lower abdomen as hard lumps.