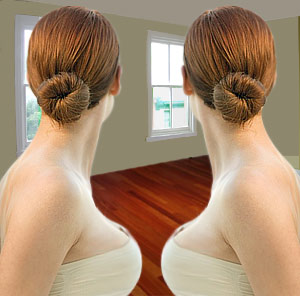 Also known as hyper lactation, galactorrhea is a rare condition wherein a grayish or white liquid is discharged from the breast. Galactorrhea by itself is not a disease, but it is a sign of an underlying problem

Also known as hyper lactation, galactorrhea is a rare condition wherein a grayish or white liquid is discharged from the breast. Galactorrhea is a condition wherein one breast or both the breasts secrete milky type of discharge. The breast/s could discharge with or without stimulation. It can occur in men, infants and in women but is mostly noticed in women. Women with galactorrhea produce milk even when they are not breast feeding.

Galactorrhea by itself is not a disease, but it surely is a sign of an underlying problem like hormonal imbalance, tumor, etc. Galactorrhea is also called witch's milk tumor and could be associated to a growth in the ovaries or other reproductive organs in women. In men it could relate to disorders in the testicles or related sexual organs that may stimulate the production of prolactin.

Galactorrhea in men: Testosterone deficiency (male hypogonadism) in men can lead to this condition. They have breast enlargement or tenderness (gynecomastia).

Galactorrhea in newborns: Galactorrhea can occur in newborns too. Elevated estrogen levels in the mother gets into the baby's blood. This can lead to enlargement of the baby's breast tissue, which may further produce the milky nipple discharge.

Treatment for Galactorrhea depends on the underlying cause that has been diagnosed.

Galactorrhea cannot be prevented but the following steps might help: