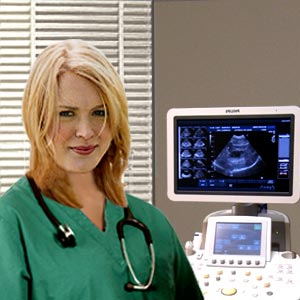 Fallopian tubes are the channels between the uterus and the ovaries. Sometimes these tubes are blocked or damaged leading to infertility. Patient may either choose to have IVF to conceive or undergo surgery to restore the normal functioning of the tube.

Fallopian tubes, also known as the oviducts, are a pair of tubes, one on each side of the uterus and are important part of female reproductive systems. During ovulation and conception, the fallopian tubes transport a female's mature egg from the ovaries to the uterus.

But sometimes women suffer from blocked or damaged fallopian tubes leading to infertility as the egg cannot move from the ovary to the uterus. It can occur in one or both tubes. When the tubes are blocked partially, there is increased chance of such condition resulting in ectopic pregnancy (tubal pregnancy).

There is one more variation to the blocked fallopian tubes called Hydrosalpinx. In such condition fallopian tube starts dilating (increases in diameter) and gets filled with fluid. This fluid blocks the egg and sperm, preventing fertilization and pregnancy. When fallopian tubes are infected, body starts producing white cells and other anti bodies in the form of fluids. These fluids fill up the tubes causing the blockage.

What causes blockage in fallopian tubes?

Most commonly a fallopian tube is blocked due to infection such as pelvic inflammatory disease (PID). Even though PID is treated and patient is no longer suffering from infection, there is an increased chance of having blocked tubes due to the history of PID. Other causes include:

It is very difficult to identify the blockage depending on the symptoms as they vary according to the cause that has led to the obstruction. Sometimes women may not experience any fallopian tube blockage symptoms at all.

If hydrosalpinx has caused the blockage, patient is most likely to experience symptoms like abdominal pain and unusual vaginal discharge. But, if endometriosis or pelvic inflammatory disease is the culprit they may cause painful menstruation and painful sexual intercourse.

How are Blocked Tubes Diagnosed?

Following are the tests conducted to determine the blockage of the tubes:

But it may be noted that, this test may some times give a false report confirming the blockage. Hence doctors generally conduct other tests in addition to hysterosalpingography. This test is not advisable for pregnant woman.

Sonohysterography test involves injecting salt solution into the uterus through the cervix during Ultrasonography to detect e abnormalities. The tubes are considered to be open if the solution flows through the fallopian tubes. The procedure is relatively easy and does not require anesthesia, but the test result is not totally reliable, hence needs further investigation.

Laparoscopy involves an incision through the abdomen where in a laparoscope (a thin telescope-like instrument) is placed to inspect the organ. A visual image of the abdominal cavity and the structures in it is projected on a monitor connected to the laparoscope to determine the presence of the blockage. This procedure gives accurate results, but it is expensive compared to other two methods and involves incision.

Treatment given to correct fallopian tube depends on the cause, the extent of damage present and fertility problems. If only one of the tubes has been blocked and other one is healthy, doctor may prescribe fertility drugs to increase the chances of ovulating on the side with the open tube. If both tubes are blocked, surgery is performed to repair a fallopian tube damaged by an ectopic pregnancy or an infection.

However, in vitro fertilization (IVF) is increasingly being used to treat tubal infertility caused by damaged fallopian tubes. Under IVF, egg cells are removed and fertilized outside the body and the resultant embryo is placed into the uterus, thus skipping the tubes.

Different types of surgeries are performed by applying laparoscopy or laparotomy

Fimbrioplastyis done to repair the part of the tube closer to the ovary and also to rebuild the fringed end of the tubes.

Tubal Reanastomosisis a procedure where in the damaged portion is removed and the healthy ends of the fallopian tubes are united through an abdominal incision.

Salpingectomy is normally conducted prior to IVF when tubes are blocked with hydrosalpinx. This procedure increases the chances of success of IVF.

Salpingostomy is also conducted when the tubes are obstructed with fluids (hydrosalpinx) and both the ends of the tubes are blocked. In such condition surgery is performed to create a new opening in that part of fallopian tubes that are closer to the ovaries.

Tubal cannulation is a procedure adopted when there is a blockage near uterus. It is a non-surgical procedure wherein doctor inserts a catheter or cannula through the cervix and uterus and into the fallopian tube

Though there are many options available to correct problem surgically, it may be noted that the surgery increases the risk of ectopic pregnancy. Hence one should be watchful and consult the doctor, if pregnancy occurs. Pregnancy rates have been 5 to 30% following surgical treatments of moderate and severe fallopian tube damage.